Whom to Blame for the Thin Gruel that Is Most of American Christianity Today?

Whom to Blame for the Thin Gruel that Is Most of American Christianity Today? May 3, 2019 Roger E. Olson

Whom to Blame for the Thin Gruel that Is Most of American Christianity Today? 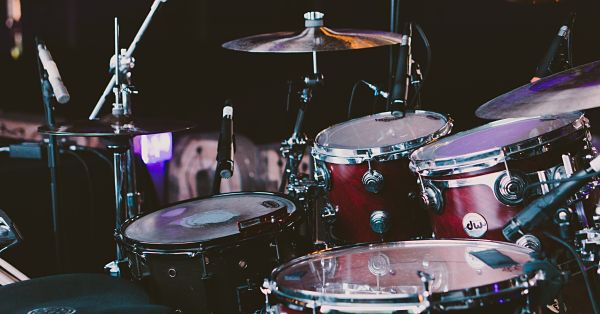 Of course, this complaint is not really new; theologians have always complained about this phenomenon of “thin” Christianity in the pews and the pulpits. Erasmus, for example, loved to poke fun at it. He wrote about how most Christians will learn nothing from a sermon but remember a story told by the preacher.

However, many of us believe something new has happened in terms of the dimension and depth of this phenomenon of non-theological Christianity. (I could also just broaden it out to “non-cognitive Christianity that thrives on feelings.)

I believe this phenomenon is the primary reason for the rise of the Young, Restless, Reformed movement. Numerous people who were and are involved in that tell me that their first encounter with what they call Reformed theology (Calvinism) was truly eye-opening. It was the first time they were ever told about a real theology. Until then, growing up in church (all kinds of denominations), they were offered and told about virtually no theology at all.

What contributed most to this current condition in most American evangelical Christianity? I think I know; I remember seeing it happening.

During the very late 1960s something was stirring in American evangelical Christianity. We look back on it now and dub it “the Jesus Movement.” I find its roots in the rise of Contemporary Christian Music in the 1960s. The great hymns of the churches were being replaced with ditties of dubious theological provenance. As a young person I enjoyed the new music, but looking back on it now, seeing how it took over and replaced hymn-singing, I worry that what was good for children became all most adults knew about worship.

The early 1970s saw the explosion of the Jesus Movement on the American religious scene. I lived in it and through it. “I was there” in 1971 at the Tri-state Youth for Christ Rally in Evanston, Indiana when Larry Norman, Randy Stonehill, and Crimson Bridge (among others) drove the Christian youth wild with songs like “I Wish We’d All Been Ready.”

Thousands upon thousands of young people came to know Jesus Christ as their personal savior and received deliverance from drugs and “free sex” and other terrible things associated with the “Flower Power” (Hippie) culture of the 1960s. But along with that revival came a profound suspicion of theology and tradition. Many of the leaders of the movement threw the baby of tradition and theology out with the bathwater of dead orthodoxy and traditionalism.

I vividly recall some “Jesus Freaks” talking about classes they were taking in theology at a local evangelical Christian college. They collectively called the classes “Heresy 101” and “Apostasy102”—on the ground that the professors did not take all of the Bible as literally as the Jesus Freaks thought they should. A new kind of fundamentalism that was deeply anti-intellectual grew among the Jesus People.

What theology existed among the Jesus People tended to be extremely pop-oriented, flashy, clichéd, reactionary against everything traditional.

There were exceptions. Many of the Jesus People were propelled by their experiences to look more deeply into the writings of, for example, C. S. Lewis and Francis Schaeffer. Many of them went on to earn doctorates in biblical studies and theology. However, I think the extremely populist attitude of most of the Jesus People movement sunk into the churches—especially through the new “praise and worship” music of the 1970s that thrived on enthusiasm, excitement, feelings, and virtually ignored the great themes of traditional Christian hymnody. (Compare the hymns of Charles Wesley with those of many of the praise and worship songs that became popular in the 1970s as mainstays of every worship service.)

In short, I think the Jesus movement of the 1970s was a mixed blessing. It was a true revival, but it came at the cost of anti-intellectualism and anti-tradition in churches where at least some appreciation of theology and serious biblical study and traditional theologically-rich hymns had been present.

Then came the Church Growth movement and the Seeker-Sensitive movement—both of which built on and added to the growing prejudice against “thick Christianity” in the churches.

For all his faults, Francis Schaeffer, at least in his early writings, was an apostle of thick Christianity to the Jesus People. Would that more of them had learned from him and then moved on to other serious Christian thinkers. Many did; too many did not.

What started me thinking again about this is an evangelical church’s recent calling of a pastor without even a college degree (to say nothing of a seminary degree). The church has traditionally had pastors with seminary degrees. Is this a late evidence of something that really began with the Jesus Movement? I think so. As I look back on it, I think there was a very deep-seated prejudice among “Jesus Freaks” against the life of the mind in Christianity. For them (us) Christianity was centered solely around feelings—“getting high on Jesus.” The not-very-educated pastor I mentioned above (in this paragraph) is a talented communicator and a person of great personal appeal. But what signal, what message does calling him to pastor a church that has always had seminary-educated pastors previously send? I’m afraid the wrong message.

April 30, 2019
What Is "Evangelicalism" Again? Another Twist in the Knotty Conversation
Next Post

May 6, 2019 “Womb of All Creation Flowing?” Progressive Christian Feminism Today?
Recent Comments
0 | Leave a Comment
Browse Our Archives
get the latest updates from
Roger E. Olson
and the Patheos
Evangelical
Channel
POPULAR AT PATHEOS Evangelical
1