Revisioning Masculinity: Toward a Good Masculinism

Revisioning Masculinity: Toward a Good Masculinism 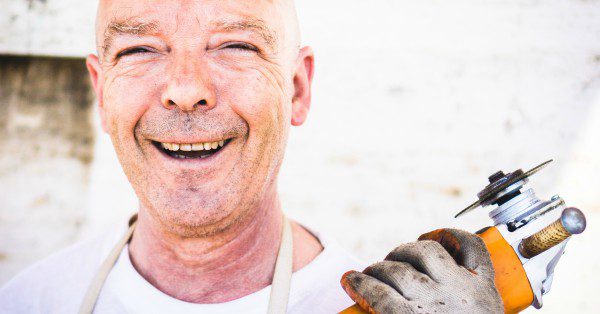 One hears of “feminism,” but what might “masculinism” be? And can it be conceived as something good?

I propose the development of a good masculinism based on the good characteristics commonly associated with boys and men.

Masculinism is not in competition with feminism; the two can work together and support each other. Hopefully.

What would masculinism be?

“Feminism” is a term derived from “femininity.” Femininity is those characteristics and qualities commonly associated with girls and women, both biological and cultural.

So, “masculinism” would be derived from “masculinity” which is those characteristics and qualities commonly associated with boys and men, both biological and cultural.

Both femininity and masculinity can be distorted. If you doubt that about femininity, see the best-selling book The Total Woman published in 1973. Some conservative Christians (and perhaps others) will disagree with me that the book represents a caricature of femininity, femininity at its worst. But most feminists will agree.

A problem is that today, in Western cultures, especially academically-influenced ones, masculinity is viewed as irredeemably distorted. One hears often of “toxic masculinity” but almost never of “good masculinity.”

I want to propose that this needs to change. We need to recover a sense of “good masculinity” and announce ourselves “masculinists.”

“Little girls are made of ginger and spice and everything nice; little boys are made of toads and snails and puppy dog tails.”

Some feminist-inclined-influenced academics (and others) seem to want to erase masculinity altogether as if masculinity of any kind is always and necessarily distorted. I would prefer to call distorted masculinity “machismo.” Masculinism is not based on machismo but on good masculinity which is the normal and helpful qualities and characteristics especially associated with boys and men. Masculinism, then, would be a view of human maleness that embraces and nurtures those qualities and characteristics—instead of joining the chorus of voices condemning masculinity itself.

Boys and men tend to need physical activity that challenges their bodies and relieves pent up physical energy. They need and love to take risks to test their own limits. They want to “climb a mountain just because it is there.” They love and need goals to achieve that require risk. They enjoy energetic competition that involves risk. They tend to be aggressive which can be extremely good when it is channeled toward protection of the weak and vulnerable. They get satisfaction out of making a difference. They want a project to work on that involves both mental and physical exertion. They like to construct things and demolish things that need demolition. At their best men like to defend and protect, achieve remarkable goals, be respected for their achievements, and create new things.

Unfortunately some societies, including some in America, have tended to add features to “masculinity” that I do not think are necessary and are detrimental not only to girls and women but to boys and men themselves. (Just as The Total Woman and the whole conservative-evangelical Christian view of femininity expressed in it is detrimental to girls and women as well as to boys and men.)

“Boys don’t cry.” “Man up!” “Fight.” “Make them fear you.” “Tease the girls.” “Satisfy your sexual desires by any means.” These I associate with machismo and not with true masculinity.

Who are some models of true masculinity? The boy and the man who recently threw themselves in harm’s way during shootings in a school and in a workplace and died to save others. The teenage boys featured on a recent documentary who is expending tremendous energy, almost all his free time, trying to create a medical test for pancreatic cancer that would discover it early and saves thousands of lives. Jimmy Carter who has spent many years working “hands on” with Habitat for Humanity and gone into extremely dangerous international situations to mediate conflicts and make sure elections are fair. Chip Gaines who may act clownish on “Fixer Upper” but is well known for being a great husband and father and works tirelessly for the betterment of his community.

Unfortunately, in my opinion, the media, especially broadcast media, tend to focus the spotlight on bad men giving the impression that being “manly” is itself inimical to others. Rarely, but occasionally, do we see a story about a male hero in the myriad of human interest stories on television. Usually they are athletes or military warriors/veterans. The fictional “good men” are almost always deeply flawed human beings—in a far worse sense than the “good women.”

The popular media sends very negative signals about masculinity as either machismo or deeply flawed maleness. Popular slogans such as “Behind every great man stands a greater woman” and “Behind every strong man stands a stronger woman” send a signal to boys that they are not as good, valuable and strong as girls and women (and never will be). This is an over reaction to the many years of depredation of women in society. But I would suggest it contributes to a very negative view of males as weak and inadequate if not dependent and flawed.

Masculinism is, in my book, the attempt to encourage boys and men to embrace their maleness as good and equal with femaleness and to resist messages that they are “the bad sex.” It is also the attempt to encourage boys and men to use their masculinity in good, constructive, helpful ways—for protection of the weak and vulnerable, for creativity and discovery, for construction of a better world for everyone. To avoid machismo and domination and power-over and unnecessary violence and to channel male energy and aggressiveness into positive channels. What it does not include is having to be more like females in order to be good and acceptable. Boys and men have value in themselves but need their good qualities and characteristics nurtured and channeled into good projects that bring them satisfaction as well as steps toward a better world. And it does not include “machismo.”

June 19, 2019 Why Compatibilism is Unbiblical
Recent Comments
0 | Leave a Comment
"Thank you for your question. I was never (to the best of my knowledge and ..."
Roger Olson The Dark Side of Pentecostalism
"As a premillennialist (like Juergen Moltmann), I think it has everything to do with what ..."
Roger Olson Of Red Herrings and Other Fallacies
"A sociologist can only understand and teach about envy if he or she is a ..."
Roger Olson Of Red Herrings and Other Fallacies
"I recently had my granddaughters hair cut so she could donate it to a girl ..."
EBoss The Dark Side of Pentecostalism
Browse Our Archives
Related posts from Roger E. Olson