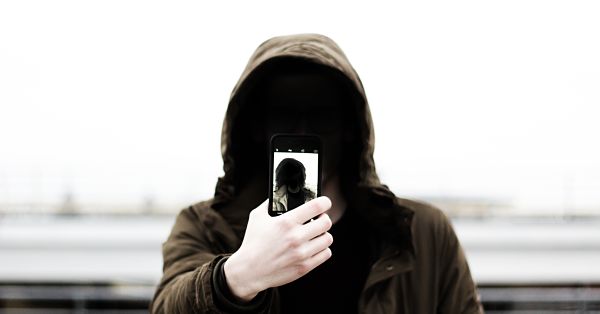 Before reading this you must look back at the immediately preceding blog post where I talked about problems with unlimited pluralism. There I gave the example of a U.S. court ordering an Alaska government entity to allow a self-identified Satanist, member of a Temple of Satan, to take her turn giving the traditional “invocation” at the opening of the entity’s public meeting. According to news reports she ended her “talk” with “Hail Satan!” Some people walked out of the meeting in protest.

Some of the responders/commenters to my blog essay claimed that the woman who proclaimed “Hail Satan!” as part of her invocation opening a public meeting should not be taken seriously—as really worshiping Satan. Their claim was that examining the Temple of Satan’s web site reveals it to be concerned only with political protest—against a perceived establishment of traditional religion and for embrace of what I call unlimited pluralism in the public square.

I here offer some responses to that claim.

First, scholars who have studied Satanism in America sympathetically (or at least neutrally) have found several Satanic groups the best known of which is the Church of Satan founded by Anton LaVey in San Francisco in 1966. In fact, many scholars who have studied organized Satanism in America find that all explicitly Satanic groups stem from the Church of Satan in some way. Of course, it is always possible that there are older organized Satanic groups.

Second, scholars who have studied Satanism in America sympathetically (or at least neutrally) have found various beliefs among Satanists about the status of “Satan”—whether he is a real being or a symbol of something such as basic human drives and desires that are repressed by mainstream society and religion.

Third, anyone in America is free to start a religion and do whatever they wish as part of its beliefs and rituals so long as they stay within the law and do not harm anyone. (And, by the way, I wholly agree with that freedom.)

Fourth, when someone says “Hail Satan!” I take them seriously and am puzzled why anyone else does not. Of course, it is possible that they do not really believe in or worship a being called “Satan,” but there’s a conundrum embedded in saying “Hail Satan! But I don’t believe in Satan.” Which statement should one believe?

I will offer a few reasons for claiming this to be a genuine conundrum.

First, to those of you who say you don’t think the self-proclaimed female Satanist, member of a Temple of Satan, who opened a government meeting in Alaska in June (2019) with “Hail Satan!” is really a Satanist because you have examined the Temple of Satan’s web site and think you have discovered that it is only a group of people with a political agenda and that “Hail Satan!” was just a way of getting attention for that political agenda…I ask whether you are taking her and it seriously enough.

To illustrate: Imagine that someone says “Praise God!” in a public meeting and then said “But I don’t believe in God.” What would you think? Which statement would you believe? Would you think that it is okay for a person who is a member of a religious group to open a public meeting with “Praise God!” so long as he or she says “But I don’t really believe in God?” It’s a conundrum if you think about it. Either you believe public (government meetings) should open with a religious invocation or you don’t. If the person opening it with “Praise God!” says he doesn’t believe in God you would say he is being disingenuous (I assume). I don’t think his claiming that he doesn’t believe in God would matter to whether you think public (government) meetings should be opened with religious expressions.

Another aspect of the conundrum embedded in a person saying “Hail Satan!” and then claiming not to believe in or worship Satan is that at least in Western culture, for thousands of years, “Satan” has been regarded as a symbol of evil including deceit. Christians all (with the exception of pseudo-Christians) believe Satan is the “Father of Lies.” (Jesus, John 8:44) So, in our cultural context, anyway, it is natural for most people to doubt the claim that a person who says “Hail Satan!” is truthful when she says (explicitly or implicitly) that she does not really worship Satan.

Let me drive my point home with another illustration. And this is aimed at you who say “Hail Satan” does not necessarily indicate real Satanism as a religious belief system. Suppose a man, in public, at the microphone of a public meeting (government) says “Heil Hitler!” and gives the traditional Nazi salute. Then you ask him and he says “I’m not a Nazi.” What do you think? Suppose he says “I just wanted to get attention.” Will you then say “O, okay, sorry that I misunderstood you?” I doubt it.

Now, I am NOT comparing Satanists with Nazis. That is NOT the analogy I am making. I am ONLY asking whether anyone can be taken seriously when they publicly express belief in and worship of a supernatural being or ideological leader—past or present—and then say they don’t really believe in or worship or admire or follow that being or leader.

Now, hopefully everyone will agree that “Satan” is at least a symbol of something anti-social, evil, contrary to what most people think of as selfless love of others. If not, then “Satan” is being so radically revised as not to stand for anything it has ever stood for before. And there are several churches, temples and groups in America that explicitly claim to worship Satan and their ideologies are generally based on belief in “Satan” as a power or force of baser human instincts including deceitfulness in self-interest.

So when a person says “Hail Satan!” and then you examine his or her web site or Facebook page or whatever and think you read there that he or she does not really believe in or worship Satan, why would you believe that? Of course you are free to believe whatever you want. But you can’t expect me to believe whatever you want. You need to understand that I am faced with a real conundrum when you tell me to believe she doesn’t really worship Satan. Even most non-Christians consider “Satan” a symbol of evil including deceit. So when someone chooses to say “Hail Satan!” she should not then expect people to take her seriously if she says “But I don’t really believe in or worship Satan.” They may choose to believe her, as some of you have, but I ask you why. Would you believe a member of a “Temple of Christ” who says publicly “Praise Jesus!” but then says “But I don’t really believe in Jesus Christ?” Would you then say “O, okay, then I have no problem with you opening a government meeting with “Praise Jesus!”? I don’t think so. Or, if you are someone who believes every religion should be given equal time to open public (government) meetings with their own “invocation,” whatever that might include, would you believe the person is really worthy of giving such an invocation that includes “Praise Jesus!” if he or she is being disingenuous? If you believe public meetings should open with some kind of prayer or other “invocation” don’t you think it should be an expression of what they really believe and not a hoax just to get attention?

So, finally, to you who responded (or thought) “She’s not really a Satanist” or “She doesn’t really believe in Satan” or “The Temple of Satan is really just a group of political activists,” I say—you are not taking Satanists seriously enough. And/or you are just gullible.

July 1, 2019
Is Unlimited Pluralism Really a Good Idea?
Next Post

July 6, 2019 The Humpty Dumpty Synderome
Recent Comments
0 | Leave a Comment
"I have never been able to see any real or necessary divorce between orthodox sense ..."
Roger Olson Answer to a Question: Philosophy and ..."
"I would say the four must work together. But what about allegorical? Most of the ..."
Roger Olson Let’s Talk Theology: Questions Invited
"Philosophy as an influencer on theology surely must have differed between Eastern Christianity and Western ..."
Christiane Smith Answer to a Question: Philosophy and ..."
"Do you think the modern church should try recover some aspects of the fourfold interpretation ..."
CJ Let’s Talk Theology: Questions Invited
Browse Our Archives
get the latest updates from
Roger E. Olson
and the Patheos
Evangelical
Channel
POPULAR AT PATHEOS Evangelical
1