Where Is America Going?

Where Is America Going? Why Is There Not More Outrage? 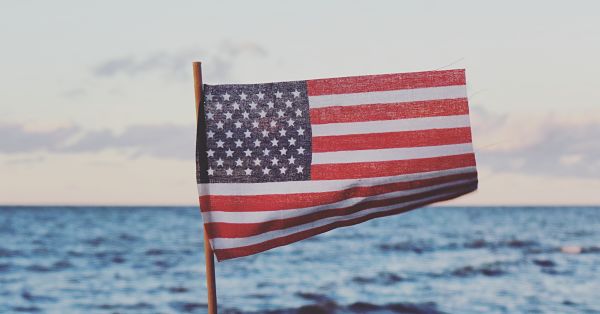 Today (when I write this) is July 4, otherwise known as “Independence Day” in the United States. People are celebrating the country’s open rebellion against its monarch—something most conservative Christians in the U.S. think would be wrong based on Romans 13—except for us. We are exceptional.

Numerous churches throughout the U.S. celebrated America with “patriotric hymns” and readings and even sermons, some even with flag-waving bands and marchers in the aisles.

I love America—as a set of ideals. I love to sing “America the Beautiful” but only if we sing the verse that says “God mend thy every flaw.”

America is not its government, but it is its people (as well as a set of ideals). Many Americans don’t see what I see and I think they have blinders on.

Today an unprecedented July 4 celebration will happen in our nation’s capital. One that reminds me of newsreels I watched on TV during the 1950s and 1960s of the Soviet Union’s display of its military might in Red Square. Almost all Americans I knew thought that was ugly, suspicious, dangerous, jingoistic, chauvinistic, frightening. Now we do it, not in Red Square but our own nation’s capital. And the same kind of people who condemned it in the Soviet Union applaud it here.

Today, this month, this year, America has open and over-populated concentration camps* filled with women and children—many of the children separated from their parents. According to doctors who have studied the camps based on eye witness accounts, pictures, etc., the conditions in these “detention centers” are extremely dangerous to the health and well-being of the children. But we would rather spend 2.5M dollars on a militaristic extravaganza in our capital than spend it helping the children languishing in our concentration camps along our southern border (and other places).

Today, this month, these years, we have a head of state who obviously likes and admires vicious dictators around the world and says he wishes he did not have to contend with a free press either. (They don’t have to contend with a free press because they have critical journalists killed.) We have a president who is accused by multiple women of sexually harassing if not assaulting them. We have a president who appears to have no compassion for the children in our concentration camps. He just blames the former administration and them for their squalid living conditions. He calls journalists and newspapers “traitors” and “enemies of the people.”

And yet, there is far too little outrage being expressed—especially from supposedly godly people who should be full of compassion for the suffering and should love freedom of the press if for no other reason than it is essential to freedom of conscience, religion, worship.

America’s current president displays shocking signs of desired dictatorship; he uses the rhetoric of tyranny even if he has not crossed a line into that yet. And a question should always arise in our minds when we hear the rhetoric of dictatorship from powerful political leaders: How would we know if that line is crossed? Who would sound the alarm? Also, why wait until that line is crossed to sound the alarm?

The sight of our president shaking hands in a friendly manner, smiling, with dictators who are behind all kinds of malicious mischief in their own countries and others really should turn every American’s stomach. There is more than a whiff of fascism in the air when a combination of corporatism and militarism is rising in power—not only behind the scenes but on full display.

I am not endorsing anyone for election nor am I opposing anyone for election. But I have some advice for Democrats (even though I am not one). IF you believe defeating the current president in the next election (2020) is important, stop bickering among yourselves over trivialities and long-ago gaffs and get behind the one candidate who demonstrably (according to all polls) could do that. The nasty bickering and finger-pointing among Democratic candidates is shameful and embarrassing especially in this era when there should be only one goal for the short-term—to save America from possible fall into tyranny.