Many fundamentalists label themselves “conservative” or don’t use any label. Many liberals label themselves “progressive,” but everyone wants to be progressive in some way or other. Many churches, people, organizations call themselves “moderate” or “centrist” or something else equally vague when they are asked to identify their theological posture.

Another confusing factor is that there are many “churches” that have never been truly Christian in any historical-classical sense of the word but are “sects” or even “cults”—theologically speaking. But, of course, no one thinks they belong to a “sect” or a “cult.”

The fact is that there is no litmus test that works with everyone all the time. Discerning which churches, people, organizations that claim to be Christian are really counterfeit Christian and which are rooted in genuine Christianity but have become fundamentalist or liberal is a process of discernment.

First, I tell my interlocutor, the person seeking my help with this discernment process, to find and examine the church’s or person’s or organization’s statement of faith. It may not be labeled as such and it may be more implicit than explicit. But there is always something about beliefs on the church’s or person’s or organization’s web site. If not there, it can be found somewhere. As I said, it may be implicit and needs to be drawn out through conversation.

I suggest that my seeker simply ask for the church’s, person’s, or organization’s statement of beliefs. If they say “We [or I] don’t have one” that is the beginning of concern that it, he or she may be liberal. But not always. Some fundamentalists claim to be “Bible only” and have “no creed but the Bible.” I have never found this to be true. If nothing else, a sermon series will reveal its untruth—unless the preacher just quotes the Bible from the pulpit without any interpretation.

So, jumping over many important questions and answers, here is one way I discern between liberal and fundamentalist types (both are “ideal types” rather than closed categories):

Typically, liberals do not think doctrine is very important to authentic Christianity and allow a great deal of latitude about beliefs when it comes to explaining what true, authentic Christianity means to them. They tend to treat Christianity as an ethical system only and that usually means “peace and justice”—both cut loose from any intimate connection with doctrines such as the incarnation or the Trinity or salvation (except defined as liberation from oppression and empowerment of marginalized groups and individuals).

Typically, fundamentalists elevate to the status of dogmas (essentials of Christian faith) interpretations of the Bible that are really matters of debate and differing opinions among equally God-fearing, Bible-believing, Jesus-loving Christians.

I teach that every mature Christian has three categories of beliefs in their minds whether they know it or not. First is what I call “dogma”—essentials of Christianity in terms of doctrinal beliefs. Second is what I call (for lack of a better term) “doctrine”—beliefs important to a denomination or Christian tradition that are not essentials of Christianity. Third is what I call “opinion”—beliefs that properly should not be imposed or required because the Bible is simply not all that clear about it—to all really reasonable, God-fearing, Jesus-loving, Bible-believing Christians. The third category is known technically as “adiaphora.”

Liberals tend to empty the dogma and doctrine categories and treat every doctrinal belief as opinion. Now, I must say that in my dialogues with liberal Christians, I have always found something that they believe is essential to authentic Christianity but that is usually not a doctrine but an ethical posture or lifestyle. Famous and influential liberal theologian (who began as a New Testament scholar but branched into theology) Marcus Borg helpfully defined true, authentic Christianity as “loving God and loving what God loves.” He did not mean “love” as an emotion or feeling but as a way of life. But for the life of me I could not discern whether he thought there are any doctrines that are essential to authentic Christianity. (And I read several of his later theological books and engaged in an exchange of e-mails with him and have watched him talk about authentic Christianity on Youtube videos.)

Fundamentalists tend to empty the opinion category and make almost every belief dogma. A notable example is when, in about 1920, a new fundamentalist organization elevated premillennialism to the status of dogma. Fundamentalists tend to treat some system of theology as the gospel itself and that can be discerned when they decline Christian fellowship or cooperation with any Christians they consider “tainted” by “bad theology” which amounts to heresy (to them).

When I look at a church’s statement of faith, one thing I do is look at its paragraph (or more) about eschatology. Often I see that it is the longest paragraph (or more) of the whole statement of faith and includes some very debatable beliefs with which orthodox Christians have not always agreed—such as a pretribulation “rapture” of the church. To me, that is clear evidence of fundamentalism.

If a church, person or organization has no statement of faith of any kind, explicit or implicit, then I worry how it will avoid being influenced by popular beliefs such as reincarnation (about twenty percent of American adults say they believe in reincarnation) or panentheism (God and the world eternally, mutually interdependent) or even some modern form of Gnosticism.

This “litmus test” is not really a litmus test insofar as one means by “litmus test” a test easily and quickly applied with near immediate “black or white” results. There are very few such litmus tests outside of science laboratories. And yet, in American Christianity anyway, there are fundamentalist churches and liberal churches (and persons and organizations). And they are often disguised as not fundamentalist or not liberal when they really are.

The point is—one has to look “below the surface” in discerning which churches, persons, organizations are fundamentalist and which are liberal (if they are either one at all). It requires a discernment process and the place to begin is with how the church, person or organization regards and treats doctrines/beliefs. If a church says the bodily resurrection of Jesus is not necessary for authentic, mature Christianity, it is almost certainly liberal. If a church says that premillennialism is necessary for authentic, mature Christianity, it is almost certainly fundamentalist. I could go on. If a church says that belief in the real return of Christ to earth in the future is not necessary, it is probably liberal. If one says that belief no one can be an authentic, mature Christian without believing in the inerrancy of the Bible, it is probably fundamentalist.

All of this is a major underlying reason why I wrote two books: The Story of Christian Theology (now with over forty thousand copies in print) and The Mosaic of Christian Belief. It is also why I wrote Counterfeit Christianity (a title I didn’t choose).

I recently heard of a wonderful Christian couple who moved to a distant city to be near their children and grandchildren. They have joined what I would consider to be a liberal church. Do they know it is liberal? I doubt it.

Sadly, many American Christians don’t care about a church’s theological posture so long as the worship, fellowship, and programming are satisfying. Thank God there are many who do care and I often hear from them. I do my best to help with their discernment process because it is not easy for those not trained in theology. 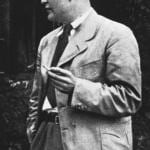 August 22, 2019
Dietrich Bonhoeffer: A Spoke in Hitler's Wheel?
Next Post

Liberation Theology for White People: The Preferential Option...
I offer a brief reflection today and one that is perhaps more...
view all Evangelical blogs
What Are Your Thoughts?leave a comment
Copyright 2008-2021, Patheos. All rights reserved.
Close Ad