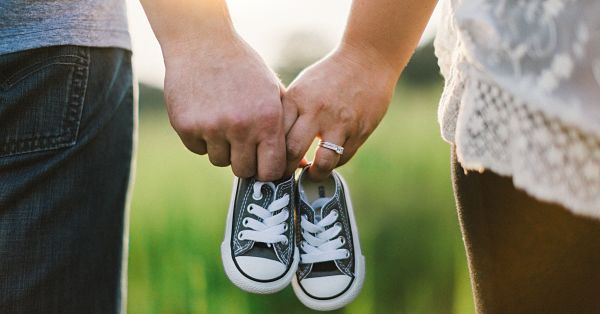 Recently I watched an interview with the head of the U.S. Government’s ICE (Immigration and Customs Enforcement) agency. The previous day the ICE and local law enforcement had raided a business in a Southern U.S. state and hauled off hundreds of undocumented immigrants said to be in the U.S. illegally. The program showed a little girl sitting on the front steps of her school. She had just learned that her father had been handcuffed and taken away and she didn’t know where to. Made clear was that she was not alone. Many children were left without any parental supervision or help as a result of this and other raids.

The interviewer asked the head of ICE about the girl and others like her who now had no parent to be with them and did not even know where their fathers and/or mothers were. The head of ICE displayed NO compassion for the girl and other children like her. He only kept saying that her plight was her father’s fault. Apparently, as least as far as he knew, there was no prior plan in place to care for the children of undocumented immigrants being arrested and taken away in handcuffs.

I am not advocating open borders; I think our laws about immigration should be enforced.

What I am concerned about is the apparent lack of concern for children who are being caught in the current wave of raids and arrests. By “caught” I mean left homeless, parentless, left to sit on the steps of a school and cry clearly not knowing what will happen to them.

The ICE head’s lack of compassion and the ICE’s apparent lack of planning for the children is what appalls me. Before the raids took place, before any more take place, there needs to be a plan for taking care of the children of those being arrested and detained. At least during that interview the ICE head had no idea of such a plan and did not care. If he cared he did not show it.

As a Christian ethicist, and as a humanist ethicist (I am a Christian humanist) I think this kind of high and mighty official lack of compassion for helpless children is sheer evil. And I think it is inspired by the rhetoric of the American head of state about undocumented immigrants. The rhetoric coming from Washington about them is the rhetoric of hate. It is venomous. There is no expression of concern for their plight—fleeing countries where they and their children are at risk of being killed by marauding gangsters.

So what should be done? Before a raid the ICE should coordinate with schools and social work agencies to assure that children of those being “rounded up” have someone to take care of them. Foster care with families (there are many churches more than willing to help in this way) would be ideal. If there are not enough foster families, then clean, healthy, livable institutions should exist where social workers steeped in compassion, chaplains, educators, nurses are abundant to help the children navigate this terror.

Clearly, if there was such a plan in place the ICE director did not know about it and did not seem to care. Every question put to him by the interviewer (and this happened to be on Fox News) was answered by pointing the finger of blame at the father of the little girl.

As I Christian I believe, to use rather old fashioned evangelical language, God will take his hand off any country that treats any children cruelly. That country will not be blessed by God. In fact, I personally believe it will be punished. We in America are at a turning point.

August 11, 2019
Who Is Helping Christians Cope with Non-Christian Messages?
Next Post