Do Arminians and Calvinists Worship the Same God? How?

Do Arminians and Calvinists Worship the Same God? How? 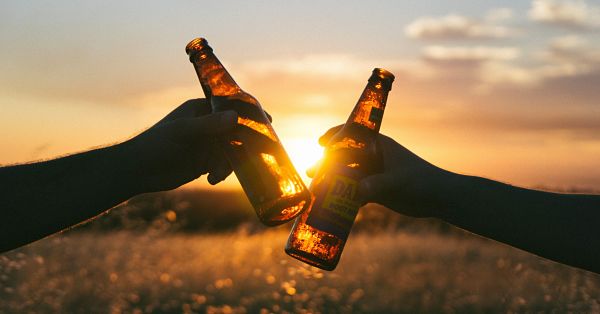 This question never dies. While most Christians on both sides of the divide say yes, some on both sides say no. Because I have openly admitted here that consistent Calvinism turns God into a monster and makes it difficult to tell the difference between God and the devil, some have assumed I believe the answer must be no. However, I have never said that Arminians and Calvinists worship different Gods. I have said that if it were revealed to me in a way I could not doubt that the God of consistent, five point Calvinism is the one true God over all, the maker of heaven and earth, I would not worship him because I would not think him worthy of worship. What makes God worthy of worship is God’s perfect goodness combined with his greatness. God must be both great and good to be worthy of worship. Garden variety Calvinists do believe God is good as well as great. A few have stepped out of the pack and have said that God is the creator of sin and evil. I think they are more logically consistent than their fathers who are garden variety Calvinists. Of course, even they affirm God’s goodness but only by believing that God is freely good and that whatever God does is automatically good just because he is God. Or, in some cases, they defend their belief in God’s goodness by appeal to a “greater good” that justifies God creating sin and evil. In that case, of course, sin and evil aren’t all that bad.

The “crunch” comes with the question of whether God “designs, ordains and governs” sin and evil and everything else we consider awful, bad, horrendous, etc.—such as childhood death from agonizing illness or accident. From an Arminian perspective it’s difficult to see the difference between affirming that God is the “author” of all that and that God “designs, ordains and governs” all that.

Calvinists typically accuse Arminians of “felicitous inconsistency” and at the same time use that to explain how and why Arminians are fellow Christians. The inconsistency they think they see in Arminianism is that Arminians affirm both that salvation is gift and that it must be freely received. To Calvinists this makes the human decision to respond positively to the offer of grace “the decisive factor” in salvation. Of course, Arminians never say that and we deny it. Most Calvinists hear us and say “Well, that is the good and necessary consequence of what you believe.” But, for the most part, they do not excommunicate us from Christianity due to our perceived inconsistency. Inconsistency is not heresy.

What I have said and say now is that if I were a garden variety Calvinist I would not be able to live with the inconsistency and would have to go all the way to affirming that God is the author of sin and evil and all their consequences. If I were a Calvinist I would join the ranks of those who step out of the pack and say that God is the creator of sin and evil (or at least their author). That is no different than Calvinists who say that if they were Arminians they would have to believe Christ did not die to save us but only to give us an opportunity to save ourselves (which is what they think Arminian theology logically implies).

When I say that Calvinism makes God monstrous and makes it difficult to tell the difference between God and the devil I am talking about from my perspective—not what all Calvinists actually believe. I am talking about the logical implications of Calvinism.

So here is a parable (not an allegory) to illustrate why I think Calvinists and Arminians worship the same God in spite of very different pictures of God’s involvement with sin and evil.

Imagine…a motley group of resistance fighters inside an enemy occupied country. All of the fighters are followers of a great national hero who organized them, gave them their “marching orders,” directs them from his exile, sends them representatives with messages, and promises to return to help them defeat the occupying enemy and drive them from the country. The exiled leader is the resistance fighters’ common hero; all of them believe in him and are committed to his cause. But they have very different “pictures” of what he is like. Some of them think he is a socialist who will abolish differentiating wealth once he is in power. Others think he is a democratic capitalist who will abolish government control of the economy and allow free enterprise. His messages to them imply both. Some of the resistance fighters think the leader knows something none of them know about economics and that somehow the two approaches will be combined. However, others think that’s nonsense and point to passages in his written messages to them that, to them, strongly imply their own belief about his plans.

In the meantime, during the occupation and their leader’s exile, the resistance fighters agree to disagree about economics and social policy. They stand together to follow their common leader and fight the evil occupiers of their country.

However, one night, around their campfire, leaders of the two sides fall into argument about the hero. One says to another that when the hero returns and defeats the occupation and drives the occupiers out, he will take away all private property and establish a communist regime. The other responds “No, you’re wrong. When he returns he’ll establish democracy and free enterprise.” Both say to each other “If you’re right about him, I will not support him when he returns and establishes what you say he will. But I’m not even worried about that because I know you’re wrong.”

A young freedom fighter listening to the two leaders debate turns to one of them and says “Wait! You don’t support our leader even now! What are you doing here?” The accused resistance leader responds “No, you’re wrong. I do support him. He’s just not what you think he is and you’ll see that you’re wrong when he returns. But if you could convince me you’re right, that he is a communist, I would stop fighting for him now because that’s no better than the enemy occupying our country right now. But fortunately, you’re wrong about him, so I will stay and fight alongside you.”

The young freedom fighter, a communist, responds “Well, then, you are not loyal to our leader!” The accused resistance leader says “No, you’re wrong. I am as loyal to him as you are if not more so! Your problem is that you cannot distinguish between your image of our common leader and our leader himself. We must agree to disagree about our hero’s economics out of our common loyalty to him and our common resistance to his and our enemy—the occupying force.”

Now (parable over, interpretation starting…), both sides within the resistance group believe in and follow the same exiled hero/leader and look forward to his return and victory over their common enemy. There’s no question about that. The only question is about his economic philosophy and intentions. Both sides are certain they are right about that, but neither side can prove it (beyond doubt or question) to the other side’s satisfaction. Both sides have reasonable interpretations of the exiled hero’s messages even though they think the other side’s interpretation is fraught with inconsistencies. 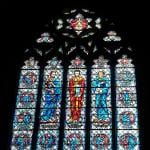 September 1, 2019
Why Science and Theology Need Not Conflict
Next Post

Shopping for God - Designer Liturgies in the...
Shopping for God I originally composed this piece back in the early...
view all Evangelical blogs
What Are Your Thoughts?leave a comment
Copyright 2008-2020, Patheos. All rights reserved.