What Does Theology Explain?

What Does Theology Explain? 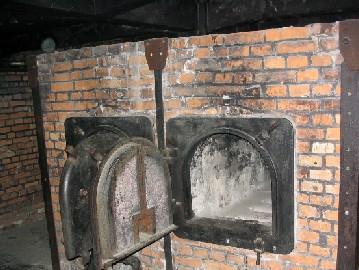 I often simply delete comments here that violate my blog rules. This is not a space for anti-Christians to spew their venom against Christianity or to preach their own false gospels. Unbelievers are welcome here to learn about Christianity, especially evangelical Christianity (defined very broadly), to ask questions, but this is not a discussion board where everyone has the right to say whatever it on his or her mind—especially when what is on his or her mind is anti-Christian.

Does Christian theology have explanatory power? Traditionally, yes. Some modern Christians act and talk even in church as if it does not. I regard that as a result of modernity’s influence. How does this work? Because of Immanuel Kant and his nineteenth and twentieth century Christian disciples, some of them Protestant theologians, many churches have reduced Christianity, especially Christian theology, to ethics. Albrecht Ritschl, for example, contributed much to this reduction. In other words, many Christians have bought into the idea that Christian theology has no explanatory power; it’s only “job,” as it were, is to advocate things—peace, justice, abolition of poverty, spiritual formation, good and virtuous character, obedience to God’s will, whatever. The evidence of this is some churches’ almost total disinterest in doctrine.

What things? An example is evil. Science alone, without drawing on any metaphysics or theology, cannot explain evil without reducing it to something other than evil. If evil is only decisions and actions resulting from chemical interactions in brains or only what individuals or society’s consider deleterious to some “common good,” then it is no longer really evil. The word, the concept evil, contains within itself something powerful, something that points beyond nature to something spiritual, something transcendent. It is what ought not to be but is. And it is what cannot be explained; it is an irreducible mystery.

And yet, metaphysics and theology have explained it as far as it can be explained.

This has become my stock response to anyone who claims that science alone has explanatory power: What about evil? Some will say science does explain it, but after they have described the alleged scientific explanation of evil it is no longer really evil. It is ignorance or it is a lack of evolutionay progress or it is what most people think is contrary to the common good or it is…. In every case of attempt to explain how science alone explains evil evil becomes less than really evil.

I would find it impossible to believe that the European Holocaust, for example, was explainable in scientific terms. Even the historian cannot fully explain it. They can explain conditions that influenced it (such as the Versailles Treaty), but they cannot explain what made it “evil.” If they could describe and explain it exhaustively in scientific and socio-historical terms it would be deterministic and if something is determined it cannot be called evil. Evil is irreducible. When it is reduced it loses its evilness.

If I believed that “evil” can be explained by science alone, I would stop believing in evil. The word and the concept require something beyond the ken of science.

How does theology explain evil? First of all, as the absence of the good. Church father-theologians such as Basil the Great and his brother Gregory of Nyssa certainly explained it that way. Augustine usually gets the credit for bringing this Platonic explanation of evil into Christian theology. Evil, in other words, is not a substance that science could ever discover. It is the privation of the good; it is to good what dark is to light. Like utter, complete darkness it has power, power to derange.

But, Christian theology explains, this condition we call evil is the result of human (and possibly angelic) rebellion against the good, against the summum bonum of humanity which is God’s will. “The glory of God is man fully alive.” (Irenaeus) Being fully alive in the spiritual sense is not our natural condition since the fall. (Whether one believes in a literal, historical fall of humanity within time and space or not is irrelevant. What matters is the division between essence and existence that runs through every human heart.)

Only existential fallenness can really explain evil while keeping it evil. It is the “mystery of iniquity” but at the same time has a cause. But not a cause science can ever discover by its own methods. That cause is free will in rebellion against the good. It is what ought not to be but is. And “the only evil thing is an evil will.” (Augustine)

Of course I do not expect the hardened atheist even to understand my explanation of evil here. But I know with certainty that if I were an atheist I would discard the notion of evil altogether because it would have no meaning. I would believe that what people call evil is simply part of reality that science does not yet fully understand but someday will and then it will be revealed that evil never really existed but was always simply chemical interactions in brains that certain societies declared wrong, for whatever reasons, but were not really “wrong” in the objective sense of being contrary to the good. I would use words like “ignorance,” “lack of evolutionary progress,” “mental disorder,” “social clumsiness,” and etc.

Many years ago now, in 1966, a young man climbed the steps from the highest floor of the University of Texas tower where the elevator goes. He walked out onto the rampart of the high tower and looked down on human beings walking around the campus. To him they probably looked like ants. He had with him a rifle with a scope and he took it out and began shooting people. He killed fourteen people and injured thirty-one more. Earlier in the day he had killed his mother and wife. Eventually police were able to shoot and kill him. His autopsy revealed a brain tumor.

Now imagine with me that science alone explains every mass shooting in somewhat the same way—as the result of a physical condition that robs the shooter of free will. It would have to assume something like that in order to say that only science has explanatory power and theology has none. But then the concept “evil” would die away or be so redefined that it would have no power. The power of the concept “evil” lies in its reliance on something beyond science’s ken.

Only theology—very broadly defined—can explain evil without evil losing its meaning of what really ought not to be the case because it is contrary to the good which is itself a reality beyond physical explanation.

Now, of course, I don’t expect committed naturalists, atheists, to suddenly bow down and say “O, I see, yes, theology has explanatory power.” But I do expect them to admit that not everything can be explained by science. And I expect them to admit that evil cannot be explained by science or philosophy without recourse to theology or something like theology (whether it is labeled “theology” or not). What I mean is, that I expect them to stop using the term “evil” unless they are willing to believe in some power in human existence beyond what science can ever discover or describe by its own methods. I know that they will continue to use the term and concept “evil,” but I will continue to press them to explain what’s evil without some absolute standard of right and wrong beyond what any of the modern sciences can discover or explain on their own.

Finally, for Christians, anyway, theology does explain evil. Not exhaustively in terms of cause and effect, but partially in terms of defection from the good which is God’s own nature and from God’s will which is the summum bonum of all creatures. And I believe that no other account of evil keeps evil really evil. This is just one example of theology’s explanatory power.

September 17, 2019 What Would Be the Alternatives (To Theology Explaining Things?)
Recent Comments
0 | Leave a Comment
Browse Our Archives
get the latest updates from
Roger E. Olson
and the Patheos
Evangelical
Channel
POPULAR AT PATHEOS Evangelical
1

One out of Five Families Is...
Cranach
Related posts from Roger E. Olson