What If Universalism Were True? A Question for Evangelical Christians Especially

What If Universalism Were True? A Question for Evangelical Christians Especially 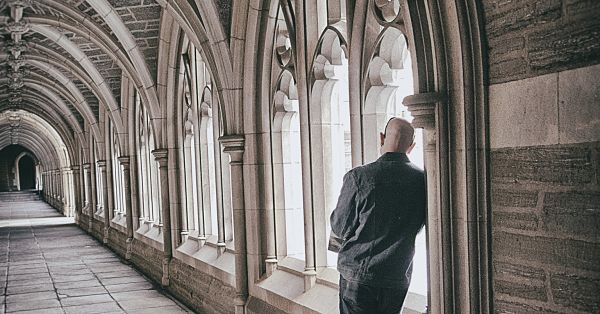 Throughout Christian history some Christian theologians have believed that eventually everyone will be saved. That’s putting it simply, perhaps simplistically. There are many types of “universalism” among Christians throughout history. Let’s look at two main types.

First, there are those Christian theologians (and Christian non-theologians) who have believed and still believe today that there is no hell. By this I mean “hell” in any sense other than some kind of misery in this life—before bodily death. These Christians say hell is an empty threat; it does not exist. They may still speak of “hell” but they mean something like the misery a person experiences in this life caused by their (to use one phrase borrowed from theologian Friedrich Schleiermacher) lack of God-consciousness. This could be expressed differently, but the point is that “hell” is some consequence of sin in this life. After death everyone goes into “heaven” however “heaven” is understood (but not as anything like eternal torment or separation from God, etc.).

One can find this “no literal hell after death” belief in Christian history especially since the rise of modernity. Two examples are the first organized Unitarian churches in 1774 and the first organized Universalist churches in 1793. Both groups considered themselves fully Christian but without belief in hell. (The Unitarians also denied the doctrine of the Trinity.) These two organized groups of churches merged in 1961 to form the Unitarian Universalist Association which still exists. This is not to say there were no Christian universalists before these dates; it is only to give an example of an organized group of people (some) of who considered themselves Christians (all did in the beginning) who deny in the afterlife altogether.

I find extremely interesting a group of Regular Baptists in the Appalachian Mountains (in the U.S.) called the “No-Hellers.” They are fundamentalist Baptists who deny the existence of hell. (See the book In the Hands of a Happy God: The No-Hellers of Central Appalachia (University of Tennessee Press).

The second type of universalism among Christians is belief that a literal hell exists (but probably not “fire”) but is temporary. Nobody will spend forever there; eventually it will be emptied and all there will go into heaven. One notable example of this is German theologian Jürgen Moltmann (b. 1926). In several articles and books he has argued that hell is temporary and has affirmed eventual universal salvation. (And I have heard him speak on the subject.) I’m sure Moltmann is not the only universalist of this second type. Recently Eastern Orthodox theologian David Bentley Hart has published a book exploring universalism as a legitimate option (That All Shall Be Saved: Heaven, Hell and Universal Salvation (Yale University Press).

And yet “universal salvation” or apokatastasis is generally regarded as a heresy in Eastern Orthodox, Roman Catholic, and traditional Protestant circles. I do not embrace it myself except as a hope. But I do interpret “hell” along the lines of C. S. Lewis in The Great Divorce and other writings. Not so much as punishment but as escape from heaven. (Not literal “escape” as in leaving heaven but as preferring hell over heaven.)

A question I often ask my students (and others) is this: What if it were revealed to you in a way you could not doubt or deny that universalism (of either type) is true? What would be your response?

Most often I have heard one of two responses (or I have heard both from the same person). “I would be disappointed because some people deserve eternal torment in hell and I don’t believe it would be just for them to ever escape hell and go to heaven” and “I would be disappointed because I give up so much earthly pleasure in order to go to escape hell and go to heaven when I die.”

My common response to the first answer is that, according to the Bible and traditional Christianity, nobody deserves heaven and everyone deserves hell and it is only by God’s amazing grace that anyone goes to heaven. To think that someone deserves hell more than you do is an implicit misunderstanding of the depravity of humanity and of the nature of grace.

My common response to the second answer is that this reduces Christianity to drudgery and completely ignores the Bible’s promise of joy and peace in knowing Jesus Christ now, in this life. It is evidence (to me) that the person saying it has not really experienced communion with God through Jesus Christ and the Holy Spirit. This person (who says such) needs to come to Jesus; maybe he or she has never really been born again.

A third fairly common response is “Then I would not bother to share the gospel with anyone; I would disengage from witness.”

Again, this reveals a misunderstanding of what Christianity is really all about. It is about (among other things) “abundant life” here and now, not just after death. Even if everyone will be saved “in the end,” somehow, they are better (more at peace and joyful) here by knowing their Savior Jesus Christ and having the Holy Spirit living within them.

September 17, 2019
What Would Be the Alternatives (To Theology Explaining Things?)
Next Post

REVELATION: 5 Books Every Pastor Should...
Crux Sola: Formed by Scripture to Live like Christ
Related posts from Roger E. Olson

Evangelical
Words of Caution and Advice for the Protesters
Roger E. Olson
TRENDING AT PATHEOS Evangelical

Responding to Jonathan Merritt
A spiritual representation of me being the Director of Better. Last week...
view all Evangelical blogs
What Are Your Thoughts?leave a comment
Copyright 2008-2020, Patheos. All rights reserved.