Should Christian Worship Happen with a “Concert Atmosphere?”

Should Christian Worship Happen with a “Concert Atmosphere?” 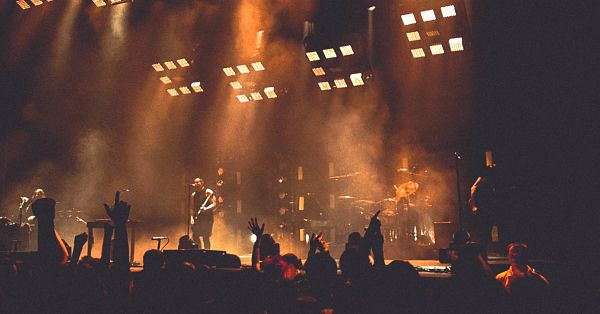 Recently someone seeking a church to attend asked me to examine a church’s web site and give them advice about the church, from its web site, before they visit it. I have examined numerous church web sites in that city and visited many churches there.

So, that church’s web site revealed the following. And I must say, after examining numerous churches’ web sites and visiting many of the churches in that metropolitan region, this one was just being “up front and honest” about itself. I respect that. I won’t be visiting it. (But I did encourage the person who asked me about the church to visit it because not everyone’s tastes in worship are alike.)

The first thing that jumped out at me from the church’s web site is a very strong assertion of absolute independence. (The church has a one word name—like so many newer churches.) Like so many recently started churches that intend to become mega-churches eventually, this one loudly proclaimed that it is “non-denominational.” However, its Statement of Faith was quite detailed and revealed to me that it is baptistic in belief and practice and possibly at least semi-charismatic. I suspect it is very conservative theologically (if not fundamentalist). Or maybe “renewalist” is the newer, better term. Definitely not cessationist with regard to the supernatural gifts of the Holy Spirit.

Secondly, all the pastoral staff members, in fact every staff member shown, are white, young, and look (by their pictures) like hipsters. Well, that’s true especially of the many male staff members. The women staff members are all young and beautiful—just like on almost every American television program.

Third, the church’s web site strongly emphasizes a “come as you are” welcome. Clothes? Just wear some. That’s all it says to people contemplating visiting. Atheist? You’re welcome, too. No holds barred to absolute welcome of everybody. That doesn’t seem to quite fit with the church’s very conservative Statement of Faith which includes “without error” when describing the Bible.

Fourth, and most disturbingly to me, the web site describes the worship atmosphere as “concert.” It says the church’s worship has a concert atmosphere. Really? What does that mean? Well, I’m quite sure I know what it means because I’ve experienced it many, many times. Loud music played and sung by a worship team with songs that were clearly written for performance and not for congregational singing.

Illustration: At one such church I visited the worship team sang (the congregation did not) an old evangelical hymn that I grew up singing in church. But the arrangement was such that most people could not sing it. But the worship team was clearly having a good time up there on the platform singing it. After the worship service ended (no benediction or altar call or any real ending other than the worship team put down their instruments and huddling, talking to each other on the platform) I dared to go up and ask the worship team leader if I could chat with him. He somewhat reluctantly agreed. I asked him what was better about the version of the old hymn than its traditional arrangement. He didn’t even know it was an old hymn of the church. His only answer to me was “Ask Casting Crowns, not me.” Apparently the worship team simply attempted to cover a Casting Crowns version of the old hymn. It was awful because nobody in the congregation could sing it. The same was true of all the songs “led” by the worship team. Almost nobody in the congregation sang them. They were pretty much unsingable by most people.

Illustration: At another church in the same metropolitan area I visited a large church (maybe a thousand in the congregation or audience) where the platform was filled with mist and strobing colored lights as the worship team sang “contemporary praise and worship songs” that were clearly written for performance and not for congregational singing.

In most of these services there are no announcements, no pastoral prayer, no scripture reading, no responsive reading, no Lord’s Prayer, no Doxology, no invocation, no benediction. And in most of them some people in the congregation are wearing extremely casual clothes (some extremely short shorts that show the entire thighs if not a little more, flip-flops, etc.), and sipping coffee and occasionally looking at their cell phones during the worship service. In one such church I observed a man leave the worship space during worship. I assumed he was going to the men’s room. Nope. He returned with a cup of coffee from the coffee bar in the foyer.

I have talked with pastors of these newish type churches with concert atmosphere worship services. They defend the worship by saying it keeps young people coming to church and it attracts new young people. When I ask about older people they have nothing to say. They take us for granted or simply expect that we will continue to attend our old school, dying churches. They certainly don’t do anything to attract us.

Why does this even matter to me? Well, in a few years, not many really, I will retire and probably move to a new metropolitan area that has a certain personal appeal (family-related). Every time I visit there (which is quite often and for extended periods of time) I visit churches. So far, anyway, I have visited almost only evangelical churches—ones that I can tell are somehow evangelical in “flavor” from their web sites. Here’s the thing. In that particular metropolitan area, all the vital, growing churches worship in exactly the same way—“concert style.” No real participation by the congregation except a few really young people sitting near the front singing along with the worship band (because they listen to Christian music radio) and sometimes jumping up and down (a little). The vast majority of the congregation simply observes and listens—often with a cup of some beverage in one hand and cell phone in the other hand. Sometimes the sermon is good; sometimes (more often than not) it’s abysmal. The stories I could tell. Often the “lead pastor” has no real higher education in Bible or theology but simply decided to start a church or come “on board” because he (rarely she) has talent and charisma.

I am well aware that I sound like an old curmudgeon, someone living in the past, incapable of “going with the flow” of “what’s happening now” in church life in America. Yup; that’s me. But, as a theologian, I also think there’s something wrong with “concert atmosphere” in Christian worship services. In 1 Corinthians the Apostle Paul prescribed that when they, the Corinthian Christians, came together for worship everyone should participate. Well, I’ve never been in a church where that was actually the case every Sunday. But I am a member of a church where lay people in the pews actually do pray, lead in a responsive reading, offer a gift of song from the pulpit, give a testimony, read the scripture “lessons” for the day, and sing familiar songs or newer ones that can be sung (because they have a tune that’s easy to learn). The woman worship leader takes time to talk about each song, very briefly explaining its role in the worship service (perhaps how it relates to the sermon). The woman pastor preaches sermons that challenge and convict as well inspire and encourage. Occasionally someone in the congregation will speak a “word” as he or she feels led (never interrupting). Usually there is some “talk” from the pulpit about the church’s involvement with a local organization that hosts homeless families overnight in churches. People in the church volunteer to stay overnight with the families and feed them and play with the children. There is an invocation and a benediction and an invitation to pray with the pastor after the worship service is over—about anything. There is a pastoral prayer during the worship service focusing especially on the needs of the congregation and community.

I have not found anything like that in the large metropolitan area where I will likely move when I retire. Even the smallish evangelical churches have turned toward the “concert atmosphere” in order to draw in or keep their young people. I sympathize with the motive, but I wonder if it’s the same thing Paul was describing as Christian worship in 1 Corinthians.