Can God Change the Past? And What does that Have to Do with Open Theism?

Can God Change the Past? And What Does that Have to Do with Open Theism? 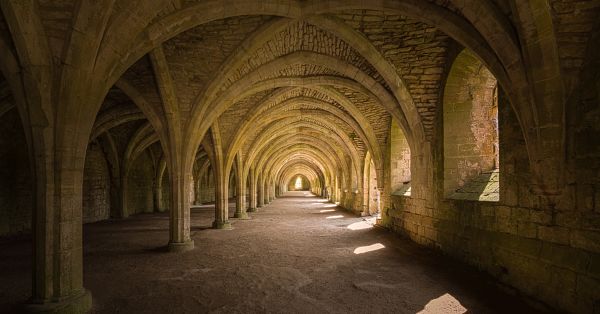 My thesis: The “past” is what by definition, a priori, cannot be changed. That means that even God cannot change the past anymore than he can make a round triangle.

Even William of Ockham, one of the main medieval formulators of nominalism and voluntarism admitted that, although God has no essential, unchanging nature that binds him, he cannot do what is strictly illogical. This nearly all religious thinkers throughout the centuries have agreed about. (This, of course, undermines nominalism/voluntarism itself since it admits that something—logic—governs what God can and cannot do.)

Can God change the past? No, not if “the past” is a priori (by definition) what cannot be changed.

Some years ago I engaged in a brief public conversation with British evangelical philosopher Paul Helm, a Calvinist, about open theism. He said that open theism limits God. I asked him if he thought God could change the past. He said definitely not, that “the past” is by definition unchangeable. I attempted then to point out that, to open theists, the future, at least part of it, is by definition unknowable insofar as it is not exhaustively and absolutely determined. Therefore, open theism does not limit God; it denies exhaustive and absolute determinism. It does not limit God anymore than Helm limited God by affirming that God cannot change the past. I did not receive from him a (to me) helpful response.

Back to the past (no pun intended): Imagine that you somehow went into the past (something I happen to think is impossible) and changed something about it. Imagine that you brought it about that something that happened did not happen. Then, of course, “the past” would be what you brought about—not what it was “before” you changed it. In fact, then, the past would not have been changed because “now” “the past” would be what you made it. “The past” is by definition what happened. If you brought it about that something happened, then the past remains unchanged; it is what it was and it was what it is.

The gist is that “the past” is a priori unchangeable—regardless of the latest scientific experiment that seemed to indicate a change of the past. (I read the article about the experiment and, so far as I could understand it, the headline did not really describe it.) In any case, even if scientists (or anyone) “went into the past and changed it” “the past” would now be what it was changed to. So now “the past” would not have been changed.

What I have written here is an exercise in so-called analytical philosophy—something I do not claim expertise in. I only recognize it as such.

So what is the point? If “the past” is by definition, a priori, what cannot be changed (Paul Helm and I agree about that), then even God cannot change the past. But if the future is by definition, a priori, what has not yet happened, then not knowing it as if it had already happened, is impossible a priori. Then even God cannot know it in that sense.

Now, to head off one objection—Someone will say “But God is above (or outside of) time, so….” My response: It doesn’t matter. Even a God “outside of” or “above” time, a God for whom all temporal moments are simultaneously before his eyes (Pannenberg’s language), cannot know our future as future and cannot know it as if it already happened because by definition the future is what has not yet happened. But what if someone says “The future has already happened—for God?” In other words, what if the person believes that our future is for God past and present? Then it is not really our future, either, except from a faulty perspective.

Now, of course, I realize I am not the first person to think these thoughts; they are greatly influenced by philosophers and theologians I have read including: Nelson Pike, Nicholas Wolterstorff, Keith Ward, William Hasker, and others.

Finally, back to whether God can change the past. If God could change the past, surely he would have encouraged us to pray for him to do that—unless, of course, everything that has happened was God’s will. But that objection (viz., that everything that has happened was God’s will) doesn’t really hold because even divine determinists believe we should pray for God to act within history, within our lives. Prayer, they say, is a God-ordained instrument of bringing about God’s will. So, why not pray for God to change the past? First, because no one in the Bible prayed that way, the Bible nowhere encourages us to pray that way, and throughout Christian history no one has prayed that way. Second, because we know intuitively that it can’t happen—the past cannot change.

So, finally finally, what is my point? The fact that God cannot change the past completely does away with one major criticism of open theism. Critics of open theism have argued that it portrays God as ignorant, as not omniscient. But, given open theists’ view of the future as not determined, that there is nothing “there” to know (with some exceptions), their belief that God learns as the future comes into being is no limitation of God’s knowledge or omniscience which is co-extensive with reality (possibilities and actualities).