The Two Popes: A Great Movie Even If You’re Not Catholic

The Two Popes: A Great Movie Even If You’re Not Catholic December 24, 2019 Roger E. Olson

The Two Popes: A Great Movie…

I am no movie critic, so I cannot competently comment on the production values of the Netflix movie The Two Popes. I began watching it with some fear and trepidation because my exprience has been that, with a few exceptions (e.g., The Apostle) secular movie makers almost always get religion wrong.

Also, I was afraid of having to admit that I was wrong. When Francis became pope I stated here that I was not interested in who was pope of the Catholic Church because I am not Catholic. I was over reacting to the media hype and to some fellow Baptists who seem to want to be Catholic. (And some have become Catholic much to my dismay.)

However, by the middle of the two hour movie I was absolutely hooked. Yes, much of it is conjecture but even the conjecture has the ring of authenticity. And the scenery! Unbelievable. Astonishing. How did they do that? (I speak of the long scene in the Sistene Chapel and other seemingly real locations where I thought movies could not be made.)

So here is a little personal background that probably feeds into my interest in the movie. I studied theology at the University of Munich under Lutheran theologian Wolfhart Pannnenberg in the early 1980s. At that time Josef Ratzinger was Bishop Cardinal of Munich and (I assume) all of Bavaria. He lived in Munich.

One evening near Christmas my wife and I were with Pannenberg and his wife at a neighborhood “Adventsingen” (singing Christmas carols). The event was very interesting. We were the only non-Germans there. The host had a pipe organ installed in his house. Suddenly, as we were all singing German Christmas carols Frau Pannenberg grabbed Professor Pannenberg and almost literally dragged him upstairs to the main floor. We (my wife and I) were their guests—first at their home and then at this neighbor’s house (in Grafelfing, a suburb of Munich).

I discerned that the Pannenbergs were leaving without us! But we didn’t know the way back to the train station in the dark. So I asked them if we could accompany them into Munich. Frau Pannenberg said “O, I forgot! Tonight is Bishop Ratzinger’s going-away party and we are invited. We have to hurry to downtown Munich to his apartment.” To make a long story short we accompanied the Pannenbergs who dropped us off near Ratzinger’s house near the Marienplatz. It was still relatively early so we attended a ballet in the Wittelsbach palace near Odeonsplatz. Pannenberg was very pro-Ratzinger but unwilling to become Catholic unless the pope admitted he is not infallible.

I still have a vivid memory of Frau Pannenberg standing in the middle of a rural highway with her arms outstretched to stop a taxi and convince the driver to take us into Munich. The next train from Grafelfing to Munich Zentrum would have taken too long.

Back to The Two Popes.

Much of the movie consists of Ratzinger (Pope Benedict XVI) and Francis (pope to be but doesn’t know it yet) talking to each other. I’m sure the very private conversations in the Vatican and at Castle Gondolfo are unknown. But they have the “ring of truth.” And there are both very serious moments and very funny moments.

But what surprised me the most was the long sequences about Francis’s time in Argentina during the reign of terror of the military in the 1970s. And his conversion to liberation theology. Names like Dom Helder Camara are mentioned and he is seen reading books such as The Pedagogy of the Oppressed. Sure, he never became a liberation theologian as such, but his exile in Córdoba is revealed as a genuine conversion experience for him.

The scenes of extreme violence in Argentina—against critics of the military junta—are almost sickening. Some of them are obviously from news stories. I remember seeing ones like them on television in the 1980s after the junta fell.

Neither Benedict nor Francis are portrayed as stick figures or cartoonish figures. They come across as very real people.

If you have ANY interest in Catholic theology or polity or liberation theology or the tensions that exist within the Catholic Church worldwide (claimed 1.8 billion members!) you need to see this movie.

Note: If you choose to respond, be nice. I speak for myself only here and always on this blog. 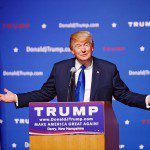 December 20, 2019
We Interrupt This Program for an Important News Bulletin: Christianity Today magazine and Trump
Next Post

December 27, 2019 What Church Was Like (When I Was a Child)
Recent Comments
0 | Leave a Comment
"Except the right for justice and fairness for others."
Roger Olson Must a Christian Forgive Unconditionally?
"I spoke at Seventh-Day Adventist Andrews University in Michigan some years ago. When in college ..."
Roger Olson How American (White) Evangelicalism Has Changed
"Many scholars of Francis's life, work and words have challenged this as falsely attributed to ..."
Roger Olson Guest Post by Ted Peters: Reasons ..."
"Lee and I spent some time together not very long ago. There's a whole chapter ..."
Roger Olson Guest Post by Ted Peters: Reasons ..."
Browse Our Archives
get the latest from
Roger E. Olson
Sign up for our newsletter
POPULAR AT PATHEOS Evangelical
1