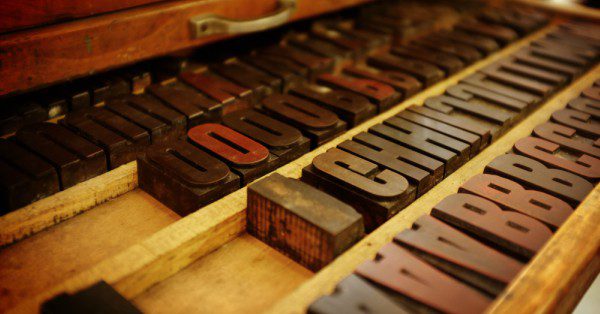 Recently here I argued that in the U.S. (possibly also elsewhere) many people are misusing terms, labels, and categories. The example I discussed then was “Reformed” and “Calvinist.” I have noticed that, during the past few decades, many Americans use those labels interchangeably. That is, for them, “Reformed” means “Calvinist” and vice versa. This is unhinged from historical theology.

This is the problem with contemporary popular uses of terms and categories; they are becoming meaningless or at least extremely confusing because they are being unhinged from theological history.

I could give scores of examples that drive me must—as a historical theologian who cares about keeping history “straight” and about meaningful communication.

I have recently been in conversation with a Dutch theologian, author of several books of Reformed theology, who assures me of the following: 1) baptists cannot be “Reformed” because “Reformed” necessarily includes infant baptism understood through the lens of Covenant theology, and 2) one can be Reformed without being Calvinist. He also assures me that Arminius belongs in the history and category of Reformed theology even though he broke with Calvinism.

How, then, can I as a baptist call myself “Arminian?” Because although Arminius himself was Reformed, many non-Reformed Christians adopted his soteriology which I call “evangelical synergism.” So to express more fully and correctly my own soteriology I should say “Arminian but not Reformed.” Also, “Arminian but not Wesleyan.”

Since the very beginning of the Baptist tradition (around 1610) many Baptists have embraced Arminian soteriology. Many later adopted Calvinist soteriology. In neither cases did/does that make them Reformed.

”Reformed” implies theological continuity with the Swiss, Southwest German and Scottish branches of the Protestant Reformation. Some Reformed people would unequivocally insist that the Heidelberg Confession and Catechism is the one and only Reformed confession that unites Reformed Protestants world wide. Others insist that being Reformed requires embrace of the Belgic Confession and the Canons of the Synod of Dort, but that is idiosyncratic to them as many Swiss and German Reformed Christians never adopted either of those confessions.

I have already said much of this and what I am adding here is that my Dutch Reformed theologian correspondent agrees with me most heartily—that being “Reformed” does not equate with being “Calvinist” or vice versa. And that baptists (credo-baptizers) cannot be Reformed.

So why does all this matter? It matters because communication matters. And it matters because we in America have a tendency to ignore the rest of the world and what it thinks and outside the U.S. and places where the so-called “Young, Restless, Reformed Movement” inspired by John Piper has penetrated, “Reformed” does not include baptists.

So why has this happened? I think because leading American Calvinists came to realize that “Calvinism” had negative connotations in many people’s minds. Calling oneself “Calvinist” often brought up images of the Genevan theocracy, the burning of Servetus, etc. “Reformed” has (they believed and believe) a softer and less angular “sound.” So, like fundamentalists who have adopted “evangelical” as their self-identifying label (beginning with the rise of so-called Islamic fundamentalism), these Calvinists have given the impression that all they are “Reformed” even though they will admit to being Calvinist if asked.

The World Communion of Reformed Churches (about 116 denominations throughout the world) is the best definer of “Reformed” and it does not admit credo-baptists to its ranks. That is because, historically-theologically, being Reformed requires infant baptism interpreted through the “lens” of Covenant Theology if not Federal Theology. All truly knowledgeable Reformed Christians throughout the world will quickly explain infant baptism as the New Covenant equivalent of Old Covenant circumcision. It is the “sign and seal” of belonging to the People of God. It is a sacrament even if not in the Catholic or Lutheran senses. The same is true with regard to the Lord’s Supper. All Reformed Christians (who know their theology) regard it as a sacrament in which Christ is truly present through the Holy Spirit imparting grace to those who partake with faith.

So this historical theologian calls on all non-Reformed Calvinists to stop calling themselves “Reformed.” The same is true for those who call themselves “moderately Reformed” JUST because they are uncomfortable with some aspects of Calvinist soteriology but do not embrace Covenant Theology and baptism and the Lord’s Supper as sacraments imparting special grace (when faith is present).

Let me give one other example of the same annoying habit of American Christians. Over the past several decades the word “charismatic” has lost all meaning. I have heard Baptist and Bible churches described as “charismatic” ONLY because of their style of worship. The Charismatic Movement included almost exclusively non-Pentecostals who came to believe in the gift of speaking in tongues as a “prayer language.” This movement broke out among mainline Protestants and Catholics in the 1960s. Later, the label “charismatic” was adopted by many, many people who had no connection whatsoever with the Charismatic Movement. Now, when I hear “charismatic” I have no idea what is meant.

We Americans (I won’t speak for others) have a tendency to vulgarize labels and categories to the point where they become meaningless even as they are still used. This is more than unhelpful. What we need to do is tie religious theological labels to HISTORY.

I will be very specific now. Back sometime in the late 1970s or early 1980s I saw and heard Jerry Falwell call himself an evangelical on the Phil Donahue show. We evangelicals knew him to be a fundamentalist who was a critic of Billy Graham. What I wish would have happened (besides me almost falling off my chair) is the then leader of the NAE and the then editor of Christianity Today publicly saying “He’s not us” or at least “He doesn’t speak for evangelicals.”

Now, you might be thinking “Well, maybe he changed—from fundamentalist to mainline evangelical.” I doubt it. Around the same time there were two religious “marches” on Washington DC. One was led by Falwell and the other by evangelical activist Jim Wallis. I was listening to Public Radio as an NPR reporter interviewed both men—as they were leading their marches. When he was asked about Jim Wallis, founder of the Sojourners community and magazine (previously called the Post-American), Jerry Falwell said into the microphone: “He is to evangelicalism what Hitler was to Catholicism.” I was driving at the time and almost had an accident.

Gradually neo-fundamentalists like Falwell came to define “evangelicalism” for many people—including journalists and talk show hosts like (after Donahue) Larry King who frequently had Falwell on his show to speak for evangelicals.

Now, today, 2019, many, many fundamentalists who continue the ethos of mid-20th century (separatistic and anti-intellectual) fundamentalism get away with speaking for all evangelicals. They have dropped the label “fundamentalist” which now is embraced only by extreme conservative Protestants who, for example, continue to insist that the King James Version of the Bible is inspired and the only reliable Bible. And they typically refuse to cooperate with the National Association of Evangelicals and its local affiliates (e.g., state, county, city ministers’ associations).

Note: Here I speak or write only for myself; I do not speak or write on this blog for anyone but myself. If you choose to comment, be nice. If you are not a Christian, feel free to ask a question. No hostile comments or questions will be posted here. Be brief, concise, and stick to the point. If you misrepresent anything I have written your comment or question will be deleted. Do not include any hyperlinks in your comment/question. I immediately delete comments that include hyperlinks. Strictly avoid: vulgarities, uncivil language, slander.

December 29, 2019
The Devolution of Christian Congregational Song
Next Post