A Series: Christian Theology–Answers to Questions: Four: Is Theology a “Science?”

A Series: Christian Theology—Answers to Questions: Four: On What Is Theology Based? 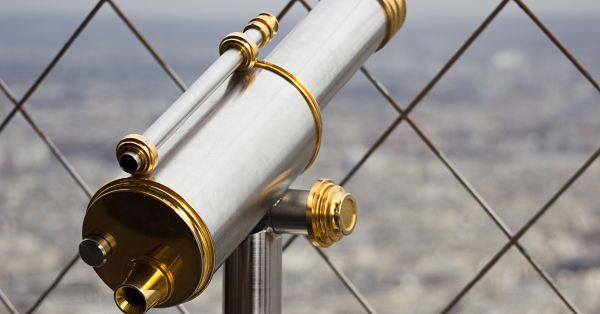 Does Christian theology (explained in earlier essays in this series) have a method? Here, of course, I’m asking about the process type of theology—the process of evaluating messages claimed to be Christian and constructing (or reconstructing) Christian doctrines.

Christian theology in this sense is generally believed to have begun in the second century after Christ although, of course, we find it inchoate in the Bible itself. The second century “apostolic fathers” such as Ignatius of Antioch and the “apologists” such as Justin Martyr were already beginning the process of “doing theology.” However, most scholars of Christian history agree that the first read theologian was Irenaeus of Lyons (c. 130-200). His Five Books against Heresies (or simply Against Heresies) developed a doctrine about the work of Christ historically-theologically known as anakephaleosis (“recapitulation”). This was a constructive work of theology. But Irenaeus’s “Five Books” also engaged in polemics against especially the Gnostics.

In the broadest sense Christian theology is any informed and reflective thinking about God done by a Christian, but in the narrower, more specific sense it is informed and reflective thinking about God (and matters related to God and us in relation) based on revelation using tradition, reason and experience—the so-called Wesleyan Quadrilateral. I believe the Quadrilateral has always been used and was not unique to John Wesley or his followers.

Belief in divine revelation beyond nature, “special revelation,” as a source of knowledge is what distinguishes theologians from philosophers. Of course there are philosophers who believe in special, supernatural revelation, but that belief does not “play” in modern philosophy. When a modern philosopher uses revelation as a source and norm for gaining knowledge he or she is being a theologian. It happens often. Similarly, a theologian may “do philosophy” when he or she uses, for example, modal logic to think about God and Christian beliefs. The divide is wide and yet there are many who cross the divide and do both theology and philosophy.

Traditionally, the process of Christian theology is done using revelation, especially scripture, tradition, reason and experience. Exactly how these sources and norms are used is one of the major questions of theology and the different answers have led to many of the divisions within Christian theology. Evangelical Protestant Christians, my “tribe,” insists that scripture is supreme and “trumps” tradition when there is a conflict. They/we also insist that reason and experience are tools of interpretation and not in and of themselves sources and norms for working out doctrines—either critically or constructively.

An example of this method of Christian theology is the Trinity. Nowhere does the Bible itself mention the Trinity by name, but as a theological construct it is rooted in revelation/scripture and is now deeply rooted in Christian tradition as a whole (with some exceptions) and is more reasonable than alternatives (given the supreme authority of revelation/scripture) and fits with ancient and modern Christian experience in worship and devotional life. And yet, Christian theology has not stopped “working on” the doctrine of the Trinity. The renaissance of the doctrine during the twentieth century turned out to be one of that century’s major surprises within Christian theology. By around 1901 the doctrine was mainly dormant—among both liberal-leaning and conservative Christians. That is, most theologians thought everything that could be said or needed to be said had already been said so it was just a matter of repeating and defending it. Then, almost suddenly (very quickly) the doctrine came alive again largely due to the influence of Swiss theologian Karl Barth. During the second half of the twentieth century hundreds of books about the doctrine of the Trinity poured forth from trained Christian theologians and a lively debate developed about which historical “analogy,” the psychological or the social was preferred. Among Catholics Karl Rahner paralleled Barth in reviving interest in the Trinity.

Christian theology itself, as “dogmatics,” thinking about God in a Christian way, “faith seeking understanding” in a formal way, finds its basis in revelation and tradition (with revelation especially in scripture as the norma normans or “norming norm” and tradition as the norma normata or “normed norm”) using reason and experience as tools of interpretation. Of course, this is a Protestant account of the process of theology; Eastern Christians and Roman Catholics will place scripture and tradition on the same level of authority and regard both as forms of revelation. (There are always exceptions to these descriptions of traditions.)

A big question hanging over Christian theology is whether it is a science. One major dictionary defines theology as “the science of God.” During the Middle Ages in Europe theology was the “queen of the sciences.” Here, though, “science” should be understood through the German concept of “Wissenschaft”—an orderly way of thinking that includes all that is taught in a university outside of the creative and performing arts.

In America, theology has been relegated to private-sector institutions—Christian colleges, universities, seminaries and church organizations. It can be studied in state universities descriptively but not prescriptively. And yet some of the most influential and creative Christian theologians have taught in state universities. Their prescriptive work in theology, though, has to be done “outside” of their “office” within the university. This is due to our American separation of church and state. It does not say anything about whether theology is scientific in the older and German sense.

Earlier I mentioned that conservative Protestant Christians, including especially (but not only) evangelicals view the Quadrilateral as not an equilateral. Revelation given in scripture is supreme. Tradition gets a vote but not a veto (in a debate about a theological issue). Reason and experience come into play as hermeneutical tools for interpreting scripture. Liberal Protestants, however, tend to view the Quadrilateral as an equilateral or they tend to elevate reason and experience over scripture and tradition—as sources and norms for contemporary theology.

I will close by “plugging” another one of my books that is old but now about to become an audio books for the first time: Who Needs Theology? An Invitation to the Study of God (co-authored with Stanley J. Grenz and published by InterVarsity Press). That little book on theological method has “done well” in terms of sales especially because it has been and is used in several Christian colleges, universities and seminaries—as an introduction to why theology is necessary and how theology “works.” It has sold (in English, published by IVP America) many thousands of copies since its first publication in the 1990s.

Who Needs Theology? Was written for a popular Christian audience and especially for students beginning the study of theology. A somewhat more erudite and “higher audience” book with a similar intent is An Introduction to the Study of Dogmatics by Dutch theologian Hendrikus Berkhof. It is also an excellent book on this subject but perhaps a bit more challenging for beginners.

February 5, 2020 Should I Doubt God?
Recent Comments
0 | Leave a Comment
Browse Our Archives
get the latest from
Roger E. Olson
Sign up for our newsletter
POPULAR AT PATHEOS Evangelical
1

9 Hymns for Those Struggling with...
Ponder Anew
Related posts from Roger E. Olson