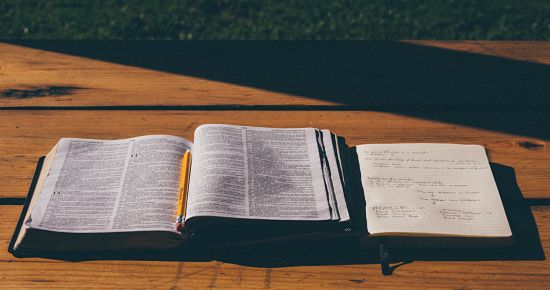 Can God change? This question is here and now only for biblically- committed, evangelical Christians (broadly defined).

In one of my seminary classes I am using a book entitled The Color of God by Methodist theologian Major Jones (Abingdon Press). It was published in the 1970s—well before “open theism” became a “thing.” And yet Jones anticipated open theism by arguing very strongly that the God of the Bible, the God believed in and worshiped by Black Christians (according to him) can and does change—in response to prayer and the sufferings and cries for liberation from his people. Clearly Jones did not believe that the God of the Bible and of Black Christians changes in his character, but he did believe God’s plans and actions change and that God, in relation to his people, has new experiences. This shocks some students and others who have been indoctrinated to believe that God cannot change in any way whatsoever.

I don’t remember exactly when this issue of God changing first became something of an obsession for me. I can trace my interest in the issue only as far back as seminary (1970s) when I first came into contact with process theology and took an entire semester course in it—taught by a process theologian. At that time I was also reading Emil Brunner’s Dogmatics and Donald Bloesch’s books. Both of them argued that God can and does change in certain ways—in relation to creatures’ prayers and needs. Both also denied anything like process theology in which God is essentially dependent on the world for his very existence (panentheism).

One reason I chose to go to Munich, Germany to study with Wolfhart Pannenberg was what I read in some of his early writing and especially Theology and the Kingdom of God. Back then, in the 1970s and 1980s Pannenberg, together with Jürgen Moltmann, seemed to be saying that the God of the Bible is historical but not in the same sense as process theology in which God’s whole experience is constituted by what happens in the world. Later Moltmann embraced his own form of panentheism and Pannenberg went the other direction in Systematic Theology and asserted that God does not “change” even though he is affected by what happens in the world.

My Rice University doctoral dissertation, written in Munich under Pannenberg’s advise and guidance, was an interpretation of his saying that “God does not yet exist.” Soon an abbreviated version of my dissertation will appear as a chapter in a forthcoming book (Fortress Press) by friends and students of Pannenberg. I am not yet certain of the title. Watch for it later this year (2020).

Anyway, I have long believed that God does change—voluntarily and only in  his experiences and intentions and not in his essential character.

My basic reason for this is the biblical portrait of God as interactive with creation and especially with his people. The God of the Bible is not the “unmoved mover” or “actus purus” of much traditional Christian theism. The God of the Bible is portrayed as grieving, becoming angry, rejoicing, learning, opening his life to the world so that what happens in it, especially among his people, really affects him inwardly.

For years now I have focused a lot of attention on this issue of God and change. I know I am not attracted to process theology or any form of classical panentheism (Hegel, Whitehead, Tillich), but I am definitely committed to the idea of God’s historicity as his free, voluntary choice to open himself up to being affected in his experience by the world and especially by his people.

Here are some Christian theologians who agree with me and with whom I agree. They differ as to the details, but they and I agree that God changes—voluntarily—but not in his essential character or eternal, metaphysical attributes: I. A. Dorner, Emil Brunner, Robert Jenson, Thomas Torrance, A. van Beek, Dallas Willard, Jürgen Moltmann, Greg Boyd, Clark Pinnock and many others. Some of these are open theists, others are not. When I explained open theism to Moltmann he said (and I quote): “But of course! That is part of the kenosis of God!”

For more detailed analysis and affirmation of the concept of a changing God, biblically and philosophically defended, see my book Essentials of Christian Thought: Seeing Reality through the Biblical Story (Zondervan). The original title was to be Biblical Narrative Metaphysics, but, of course, the marketing people at the publishing company didn’t think that would sell. But it is a more descriptive title for the book.

March 15, 2020
Can a True Christian Be Demon Possessed?
Next Post