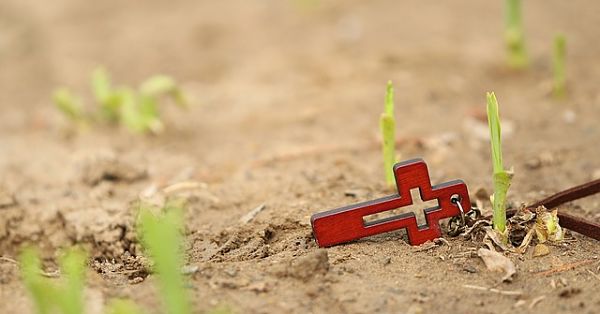 History does not really repeat itself, but there are patterns and similarities to epochs within history. Here is what I think and how I feel.

I think I know what it felt like to be a “real Christian” (not a gnostic or pretend Christian) during the first years of the reign of Emperor Constantine in the Roman Empire. While some so-called Christians were celebrating the “Christianizing of the empire” I would have been groaning at the birth of what later would be called “Christendom.” Our American president reminds me of Constantine. I picture him ordering soldiers to use tear gas to clear the public park across from the White House so that he could parade with his minions over to a church to stand in front of it holding a Bible he has probably never read. “In this sign, conquer.” I picture Constantine riding on his steed in parade in front of the Alexandrian cathedral to show Athanasius his power and I picture him sitting on a throne at the Council of Nicea calling himself the “bishop of all the bishops.” And I picture conservative evangelical Protestants and fundamentalist Catholic archbishops (retired) kowtowing to him.

I think I know what it felt like to be a real New Testament Christian during the Protestant reformation of the 16th century in the Holy Roman Empire and in Switzerland and other parts of Europe. The real New Testament Christians were the Anabaptists so-called. They knew that they were living in a faux Christian civilization that was saturated with violence, hedonism, and culture Christianity. And they knew they faced a hard choice—either compromise or go underground. Some of them died rather than do either.

I think I know what it felt like to be Dietrich Bonhoeffer in about 1935 when many German Christians were celebrating Hitler as a new savior and the Nazi Party and its ideology as a new revelation of God. He tried to tell the Confessing Church that Jewish lives matter and what he heard was “All lives matter.” (Not literally, but there is an echo there from the past.) The Confessing Church would not take a strong stand against the false Christians of the state churches—Catholic and Protestant—that were kowtowing to the idolatry of the Nazi ideology  and government. The Barmen Declaration was a step in the right direction but stopped short of condemning the government’s and society’s treatment of Jews and other people unworthy of having full human rights.

Folks, it should be obvious now that America is not a Christian nation. It was once saturated with Christian ideals but they didn’t sink down into the roots. They remained on the surface. Today it has become clear that the very idea of a Christian America is a pipe dream. We, as a nation and society, have drifted so far away from that that it is impossible to take the idea seriously. We, America, are like the Roman Empire. We, Christians in America, are like Christians in that empire. Somehow or other we have to learn to live as aliens in a strange land that we do not control at all. And we must prepare ourselves to be persecuted—not necessarily physically but legally. Our Christian institutions and organizations will be attacked in courts and they will probably lose. What will they do? Cave in and compromise or close down or go underground?

There’s one more historical context to recall—the few years in the middle of the fourth century when Julian the Apostate was emperor of “Rome” and attempted to return the empire to its pagan religious roots. The Cappadocian Fathers had to teach each other and younger Christians without Christian schools.

Am I being “Chicken Little?” Maybe. Maybe the sky isn’t falling. But I think it is. But a better analogy would be the one of the legendary frog in the kettle of slowly boiling water. We American Christians have a way of adjusting to culture: Go along to get along. The test will come and very soon. If you think not, you just aren’t paying attention. Let those who have ears to hear, hear. I won’t be more specific.