Should Sons (or Daughters) Succeed Parents as Religious Leaders?

Should Sons (or Daughters) Succeed Parents as Religious Leaders? 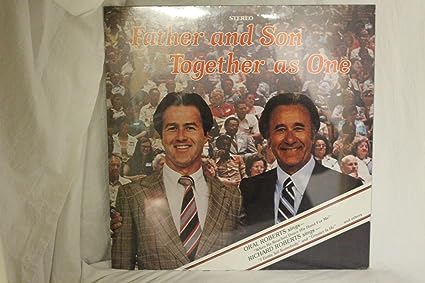 Well, of course there can be no definite answer this this question—either “yes” or “no.” However, in light of history, past and present, it seems highly doubtful that automatic succession of a religious leader by his or her son or daughter is a good thing.

I should lay my cards on the table, so to speak, and confess that I once served as my father’s assistant pastor—for four years during which I attended and graduated from seminary. However, it never even entered my mind to “succeed” him as pastor of the church I grew up in and that he pastored for over thirty years. It would not have worked.

There has been a tendency, however, for famous and influential religious leaders to “anoint” their sons (unusually but sometimes daughters) as their designated heirs and successors—as leaders of their religious empires. And this usually does not turn out well.

The only reason it does not usually turn out well is that sons are not really as much like their fathers as fathers, sons, and fathers’ followers think. The son may look like his father, sound like his father, be able to imitate his father, but, eventually, his own distinct and different leadership style and religious ideas will reveal themselves.

What I am suggesting is that followers, congregations, denominations, religious organizations, not assume that a son (or daughter) is going to turn out like his (or her) father. (There have been a few instances where sons or daughters succeeded mothers as religious leaders. One example is Rolf McPherson who succeeded his mother Aimee Semple McPherson as leader of the International Church of the Foursquare Gospel. From all that I have heard from people who knew Rolf, he was not the leader his mother had been.)

I’m constantly surprised when people assume that Franklin Graham ought to be Billy Graham, Junior. Why should he be? Why expect him to be? Why compare them? Fathers and sons are different people; a son is not his father’s clone. But people seem to expect him to be.

The same can be said of Jerry Falwell, Jr. Also Bobby Schuller and Andy Stanley and Joel Osteen and Richard Roberts and Frank Schaeffer. I imply nothing here about these men or their fathers, except that people were and are wrong to expect them to be clones of their fathers.

I can think of one notable exception—where a son picked up where his father left off and carried his father’s ministry forward and further—in the same direction: Christoph Blumhardt. It’s a crying shame that more people do not know about Johan and Christoph Blumhardt, the father and son “team” of German Lutheran revivalists of the late nineteenth and early twentieth centuries. Johan founded a Christian retreat center at Bad Boll where people came from all over the world to be prayed for—for healing, for exorcism, for spiritual renewal. His son Christoph took it over and continued his father’s charismatic ministry with great success. Christoph was one of the most unique Christian ministers and theologians of modern times—breaking all categories, a “one of a kind” (I hate that phrase which means the opposite of what it says) Christian revivalist, exorcist, “faith healer” (nobody actually calls themselves that), preacher, author, socialist, member of parliament, pacifist, universalist. “Jesus is Victor!” was his motto. If anything Christoph’s ministry exceeded that of his father while remaining true to the basic impulses of his father’s life and work.

So it can work, but people should not take it for granted or expect it. What we need to do is stop this expectation that the son will succeed the father in his ministry. It rarely works out well.

September 17, 2020
Review of "That All Shall Be Saved" by David Bentley Hart
Next Post

September 24, 2020 A Test of the Authenticity of Your Christianity
Recent Comments
0 | Leave a Comment
Browse Our Archives
get the latest from
Roger E. Olson
Sign up for our newsletter
POPULAR AT PATHEOS Evangelical
1