The Answer to “Whose Business Is It Anyway?” (About Moral and Immoral Behaviors)

The Answer to “Whose Business Is It Anyway?” (About Moral and Immoral Behaviors) October 1, 2020 Roger E. Olson

The Answer to “Whose Business Is It Anyway?” (About Moral and Immoral Behaviors) 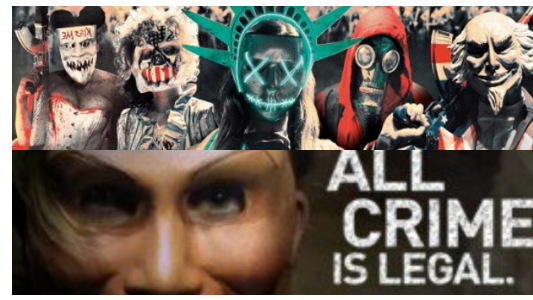 Whenever the question of the morality or ethical correctness of something legal arises someone in the crowd will say “Whose business is that”—so long as the behavior being examined is legal and does not have a negative impact on that person. But, of course, that is extremely shallow, individualistic ethics. “No man is an island.”

We are not talking here about what is or should be legal. The only question here is why anything someone else does should matter to me, or to you, or to anyone, so long as it cannot be demonstrated that the behavior does not affect me or you. Again, the answer is “No man is an island.”

Simon and Garfunkel sang “I Am an Island,” but the song was meant to illustrate how sad such an existence is.

So to you who ask “Whose business is it, anyway?” I ask this: Why should you feel anger when a powerful male congressman calls a minority female congresswoman an obscene name or phrase? It doesn’t affect you—especially if you are not a member of her district and are a white male. It literally cannot have any affect on you–except emotionally (repulsion, anger, frustration).

Two brothers have sex with each other (in the movie “Godless” about which I blogged recently). Why is that anyone’s business? Why is it anyone’s business if a man (or woman) hates people of color—so long as it doesn’t affect you? You say “Well, it does affect me because it harms society.” How does that affect you—if you are a person of majority and privilege? It doesn’t—unless it’s just wrong. And it can only be wrong if “no man is an island” and humanity has a built in basic conscience about right and wrong that is connected to a higher law than biology or social contract?

People asked Martin Luther King, Jr. why he was breaking race laws in the South. His ultimate answer was that there is a “higher law” than “man’s laws.” Most people would agree. But what is that “higher law?” Where does it “reside?” On what is it based? What makes it “higher?”

MLK knew the answers to those questions—God.

Don’t confuse the issues I am raising. I am not asking about legality; I am asking why we should feel revulsion when two brothers have sex with each other. Why we should believe that’s shameful—even if it is not demonstrably harming anyone. For the same reason we should feel it is shameful when a white male congressman calls a minority congresswoman an obscene name. It’s just wrong—even if it doesn’t affect you or me in any direct way. It vulgarizes and degrades humanity which knows some things are vulgarizing and degrading—especially incest. But why? If there is no cosmic moral order? And how can there be any cosmic moral order if there is no God or anything like God? From Plato to Kant to Horkheimer, non-religious philosophers have even recognized the necessity of God (or something like God) for objective right and wrong that transcend mere subjective preference or social construction.

Now, even though I hesitate to go here, I MUST raise the issues of sex between humans and animals. A man in the county where I live was recently arrested for having sex with a dog. It happens. Tell me, if you dare, that that’s not morally repugnant, disgusting, shameful—irrespective of whether it should be illegal or legal. No person was harmed. It’s questionable whether the animal was even harmed. I will simply not believe you if you say that such an act is “nobody’s business.” It may not be a matter for the criminal justice system, but the practice of it is shameful. Why? It’s sick. Why? What if the man says “It was my dog and you have no right to judge me?” You would nevertheless object that, indeed, you do have the right to judge his action as absolutely, objectively, morally repugnant and shameful (I hope). But why—unless there is some cosmic moral order in the universe, intuitively built into us, that makes it so?

You must know of the American media franchise called “The Purge.” If not, look it up. Imagine with “The Purge” a future dystopian society in which it is legal, one day a year, for twelve hours, to commit murder. So the legality question is taken off the table. Back to my question. Why would it be morally, ethically wrong to participate in “The Purge” by murdering people? Why would you feel disgust, horror, revulsion, at such participation and behavior? Only because you don’t like it? If nature is all there is, what would make it objectively wrong? Social contract? Wait. In that society the social contract is that it is okay to commit murder within the law. Only because it is…what? Without some higher law than “man’s law” (in the broadest sense), what makes it possible to say about any behavior “That would always and everywhere be wrong” where “wrong” means more than “I wouldn’t like it?”

You say “Well, our genetic code and accumulative millennia of adaptive experience and behavior make it wrong.” How so? How can that, even if true, over ride the freedom of individuals and societies to decide their own rules? In a world of over population and pent-up aggression, maybe (I don’t think this but only because I believe in God) something like “The Purge” would be a good thing. It’s at least conceivable, you have to admit, if you don’t believe there is some transcendent, universal, cosmic moral order. The same with bestiality and incest and everything people might want to do.

In a universe without God or something like God, might makes right. There’s no getting around it. Just admit it. Or don’t…and rest in irrational denial and look forward to a future where anything might turn out to be morally and ethically okay.

September 28, 2020
A Question for Atheists and Those Inclined to It: About Incest
Next Post

October 6, 2020 Something Seriously Wrong with Much of American Christianity
Recent Comments
0 | Leave a Comment
Browse Our Archives
get the latest from
Roger E. Olson
Sign up for our newsletter
POPULAR AT PATHEOS Evangelical
1