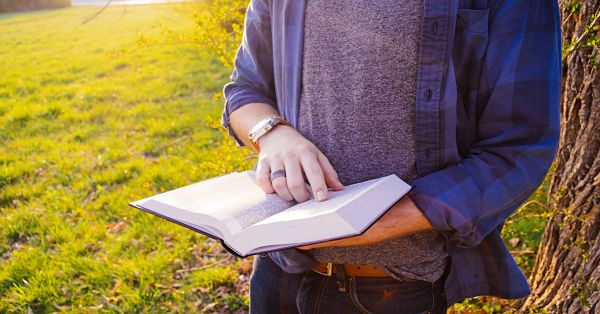 Prior to the 20th century, almost all Christian theologians held firmly to the traditional doctrine of the immutability of God. It was interpreted by most as meaning that God cannot have new experiences; nothing can affect God. God is perfect being and any change in God would be toward greater perfection or less than perfection—both logically impossible for an already perfect being. (Here “perfect” meant metaphysically as well as morally.) This is now often called “perfect being theology” supported by “the logic of perfection” and is widely recognized as having its roots in Greek philosophy. Defenders of divine immutability, of course, argue that it is also rooted in the Bible which says that God is not like a “man” that he should change.

However, beginning in the 19th century, divine immutability began to fall into disfavor among many Protestant theologians. Isaac August Dorner wrote a massive two-part article arguing for “ethical immutability” but denying absolute metaphysical immutability. He even suggested (as I demonstrate in that chapter in The Journey of Modern Theology) that God may learn new things in his relationship with the world and its history. Possibly lying behind this shift away from perfect being theology was the German philosopher G. W. F. Hegel who may have taught (depending on how you read him) that God, Absolute Spirit, comes to self-actualization in relation to the world and its history.

A few other 19th century theologians dared to question God’s absolute immutability. Among them was one of America’s most influential theologians Horace Bushnell who argued that God can and does suffer. That was very controversial in the middle of the 19th century—among mainline Protestant theologians (to say nothing of Catholic theologians).

Karl Barth affirmed the immutability of God but in a very qualified way that is difficult to sort out. Emil Brunner denied it. Both affirmed that God’s nature and character cannot change but that God can and does have new experiences in relation to the world. (This is clearer in Brunner, but I believe Barth also believed it.) After World War 2 the flood gates of reconstruction of the doctrine of God broke open and many Protestant (and some Catholic) theologians began to dismiss the idea of God’s immutability together with the idea of God’s impassibility.

Among them are, of course, the process theologians (e.g., John Cobb), and non-process theologians such as: T. F. Torrance, Eberhard Jüngel, Hans Küng, Wolfhart Pannenberg, Hendrikus Berkhof, Jürgen Moltmann, Robert Jenson, and many others.

All affirmed something that now would be called “relational theology”—in different ways, of course. But all, in his own way, affirmed/affirms that God can and does limit Godself in relation to the world in order to experience participation with us. All of those named above trace the “possibility” for this back into the innertrinitarian, relational life of God. Barth said that “Where the actuality exists, there must also be the corresponding possibility.” The possibility for “The Way of the Son of God into a Far Country” lies in the structure of inter-relationships of Father, Son, and Holy Spirit. Barth even thought of God as event rather than “perfect being.”

None of the theologians named above were process theologians. At one time John Cobb and other process theologians thought that Wolfhart Pannenberg (who I knew personally) was a process thinker, but he disappointed them by denying any change in God or dependence of God on the world. And yet, clearly, to anyone who read Pannenberg or knew him, he did not believe in “perfect being ontology” in the sense that God cannot change in some ways. For him, the world is part of the divine life and God is the “true infinite” that includes the finite in himself  (shades of Hegel!).

So in what ways, if any, can God change without changing? I believe Dorner was on the right track and is a sadly forgotten mediating theologian who indirectly launched this paradigm shift in Christian theism. According to him, the God of the Bible, the God of Jesus Christ, the God of Christianity, is a God who voluntarily opens himself up to being affected by what happens in the world because his nature is love. In that process, however, God’s essential nature and character never change. God’s specific (consequent) will and ways change in relation to the world (us), but God’s overall character and purpose never change. This is “ethical immutability.”

Together with that, Dorner (and those influenced by him) argued that God is omnipotent and sovereign but does not use all the power he has and does not exercise all the sovereignty he could exercise. In other words, God is sovereign de jure but not yet de facto—at least not in the way he will be in the coming of his kingdom.

This change in thinking about God’s immutability and capacity for change filtered down and into popularizers of theology such as Dallas Willard who, in The Divine Conspiracy, affirmed this idea of God—namely that God does not know all that he could know and does not use all the power he could use.

And yet, some conservative evangelical theologians continue to argue that anything other than strict, metaphysical immutability of God is impossible and any denial of it is heresy.

The question this raises for me is who is more biblical? Those conservative evangelical theologians who dismiss all biblical narratives about God being inwardly affected by what happens in the world as “anthropomorphisms” or those evangelical (and other) theologians who take those narrative more seriously as actually telling us something true about God?

November 11, 2020
Distinguishing between a Movement and Its Ethos
Next Post

November 17, 2020 Who Died on the Cross?
Recent Comments
0 | Leave a Comment
Browse Our Archives
Related posts from Roger E. Olson