What Is a “Miracle?”

What Is a “Miracle?” 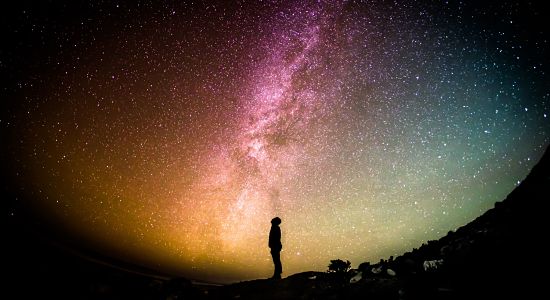 Recently I blogged here rather pessimistically that theology might be dead. By that I meant that Christian theologians’ ideas, even consensus ones, those arrived at virtually across the spectrum, do not seem to trickle down into pulpits or pews. Today I want to give an example.

I often ask Christians “What is a miracle?” The typical response is “A violation of natural law.” Now, of course, I mean this “typical response” is from Christians who have an answer. Those who don’t usually agree with the few who do.

Almost no Christian theologian I know would define a miracle that way. And many of us are simply dismayed at such a definition of “miracle.” Where has that come from? Why do so many Christians think a miracle is that?

That definition of “miracle” really began with Scottish skeptical philosopher David Hume (d. 1776). Of course it has older roots; many of the deists before him would almost certainly have agreed. But, so far as I know, “a violation of a natural law” is Hume’s usual definition of “miracle” and he denied that such can exist because he believed, as many did during the 17th and 18th and even 19th centuries, in the uniformity of nature. That is, all things in the physical world are ruled completely, exhaustively, by mathematically describable natural laws such as gravity.

The general “picture” of God and the world lurking behind this common definition of “miracle” is a thoroughly deistic one—that God exists outside of nature and that nature works independently of God’s immanent, general providence.

This is how I suspect most American Christians think of miracles—divine violations of natural laws. And some deny miracles on that basis, because they wonder why God would violate his own natural laws, and they wonder how the world could operate naturally, with regularity, after a violation of a natural law, and others affirm miracles but view them as God “stepping in from outside of nature” to interfere with its normal workings.

It is my considered, scholarly opinion, as a historian of Christian theology, that very few modern Christian theologians—whether “liberal” or “conservative”—would define “miracle” as a “violation of the laws of nature.” But our best attempts to explain miracle otherwise have mostly fallen on deaf ears. I have never, even once, encountered a Christian minister or lay person who defines “miracle,” when asked, in the way the vast majority of thoughtful, reflective Christian theologians define it.

Of course, “thoughtful, reflective Christians” are diverse thinkers; it’s doubtful you would get exactly the same words out of any two of them—when defining a concept like “miracle.” But if you listen carefully and are not distracted by minor wording differences, you will find that those who believe in miracles define “miracle” very differently from “violation of the laws of nature.”

So, hopefully, by now, you are chafing for an example. How would most thoughtful, reflective Christian theologians define “miracle?” Over a century ago, in 1901, Oberlin College president Henry Churchill King offered one with which I suspect the vast majority of thoughtful, reflective Christian theologians would agree. He wrote in Reconstruction in Theology that miracles are “God’s loving adaptations of his actions in nature to the highest needs of his children.” (75) King affirmed the reality of “the universality of law” but explained natural laws as “modes of God’s activity” (57)

King and the vast majority of modern Christian theologians reject the popular deist “picture” of God existing outside of nature and nature operating independently of God. Rather, we view God as both transcendent and immanent and nature’s operations as one aspect of God’s general providence. Natural laws, then, are regularities of God’s immanent upholding and regulating of the natural world. They do not exist or work independently of God.

Now, of course this raises many questions, but answering them all is not my aim here. It would take a large volume (or two or three). My point is that the generally-agreed-on worldview of especially modern Christian theologians is not deistic and excludes any idea of God outside of nature such that in order to do something unusual within it he has to “violate” natural laws.

Of course someone will object that this Christian worldview violates modern natural science. It does not. The scientist in his or her “laboratory” (whether indoors or outdoors or wherever) does not have to think of natural laws as modes of God’s general providential activity to do what he or she does. It is we Christians who must integrate modern science and its discoveries of natural laws and the regularities of nature with our biblical faith and theology and vice versa. That is, the Christian scientist (I do not mean member of the Church of Christ, Scientist), must think of natural laws the way I have described above insofar as he or she wants to avoid falling into the error of “two truths”—one thing being true “in church” and its opposite being true “in the laboratory.”

So what has happened? Why do so many Christians think of miracles as violations of natural laws?

There can only be two answers.

First, they have been brainwashed by education and culture generally to think of God and the world deistically. That is, they have been told that nature is a closed causal system of mechanical laws that has no room for real novelty or variation. Even most modern physicists don’t think of it that way, but many teaches of science still present it that way.

Second, they have either not been exposed to thoughtful, reflective theology or have ignored it.

November 3, 2020
Some Random Thoughts on Another Election Day in the U.S.A.
Next Post

Evangelical
Answer to Question: What Must a Person Know/Believe...
Roger E. Olson