About “Socialism” and Christianity

About “Socialism” and Christianity 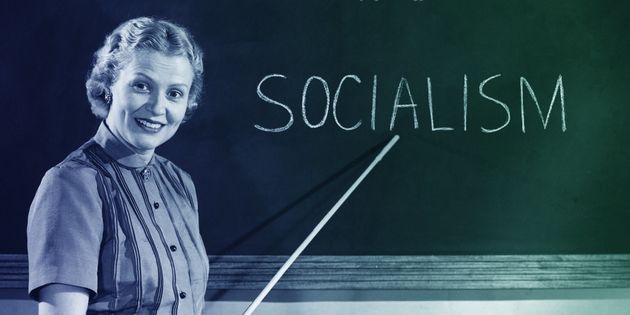 The word “socialism” is now being used, as it has been before, to scare people. During the recent U.S. election (November 2020), the Republican Party and its surrogates warned Hispanic Americans that electing Democrats would lead to socialism and a loss of freedom. This scare tactic was strong in Florida because many Floridians of Cuban descent equate socialism with Castro and his communist regime. But I saw the billboards in Spanish also in Texas. But that is not the only example; many conservative Americans are strongly anti-socialist—as they should be insofar as socialism means communism. But it doesn’t.

Now, if socialism means “the public ownership of the means of production”—a typical, historical, technical definition—then almost no American wants that including almost no Democrats. Certainly Joe Biden does not want that. But that is a very narrow definition of socialism.

When I was growing up in the American heartland, among very conservative Christians, “creeping socialism” was the commonly used term for ANY government intervention in the economy including welfare programs. Ironically, many of our grandparents and great-grandparents benefited tremendously from FDR’s New Deal government employment programs. The Civilian Conservative Corps employed thousands of unemployed people during the Great Depression. I didn’t hear any criticism of that from my family or church people or others who were virulently anti-socialist.

Today I am sure that many virulently anti-socialist Americans are jumping with joy to support our government’s “stimulus package” programs to send money to Americans during this COVID crisis—especially if they are included. Their hero Donald Trump wants Congress to increase the most recent cash hand-out from the Congress-approved $600 per person ($1200 per couple) to $2000 per person. How is that not at the very least an example of “creeping socialism?” Where do these people think that money comes from? Unless the government is simply printing money, it is a massive redistribution of wealth—done by a conservative, anti-socialist administration and Senate.

Over the years I have noticed the irony of strongly anti-socialist Americans gladly benefiting from government programs. The current “stimulus packages” of 2020 are only the most recent example. A true anti-socialist should refuse the money and be self-reliant, pull themselves up by their own bootstraps like they expect everyone else to do.

The fact of the matter is that this kind of socialism, namely, government regulation of the economy in some form such as redistribution of wealth, is not new and did not begin with Karl Marx. Ancient Eastern church father John Chrysostom, patriarch of Constantinople, preached that it is the government’s duty to shelter the homeless and feed the hungry. He preached against what we would today call conspicuous consumption and urged the emperor and empress to sell their luxuries and give the money to the poor—as a matter of policy and practice, not merely charity. He did not believe there should be any homeless or hungry people in a Christian city like Constantinople.

Jumping ahead to reformer Martin Luther. Luther taught that an ideal Christian society would have a “common purse”—such that the economic policy would be from each according to his ability and to each according to his need. Many of the radical reformers believed that could and should be the case in their communities. Luther was not optimistic about it becoming normative until Christ returns. But he said it long before Karl Marx did—if not in exactly the same words.

The great Pietist reformers Philipp Spener and August Hermann Francke believed it was the duty of the government to provide universal employment. What we today call “Scandinavian socialism” was largely created by Pietist Christians in those nations’ governments. Lutheran Pietist revivalist Christoph Blumhardt regard socialism in Germany in the early 20th century as a sign of the Kingdom of God—even though he eventually left the socialist movement over its atheism. But he was no atheist which proves that socialism and atheism are not inextricably linked.

The anti-socialist fever that gripped America in the middle of the 20th century arose out of fear of Soviet-style communism and out of a kind of radically individualistic quasi-Social Darwinism promoted by anti-labor union business leaders and politicians. (In the extremely conservative fundamentalism I grew up in, Christians were discouraged from belonging to labor unions.)

If someone is going to be radically anti-socialist, then I expect them to refuse free government money—especially if they are able to work! The irony is that millions upon millions of Americans are not only accepting these “stimulus” checks (actually direct deposits) but also accepting them when they could be working and sometimes are working!

As a Christian ethicist, I believe it is obscenely wrong for any society to have such extremes of wealth and poverty as we see now in America. We have many multi-billionaires while we also have hungry and homeless children.  Christians should be in the forefront of prophetically denouncing such absurd inequalities.