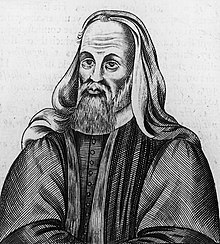 All too frequently, conservative Christians attempt to connect dots that cannot fairly be connected. They attempt to draw lines from something awful today back to something awful in the past. Why? Well, in most cases it’s sheer demagoguery and one is tempted to suspect they know better because the dots are so far apart that no line really can connect them.

Consider, for example the infamous Youtube video in which several conservative Christian professors of an unnamed college, university or seminary attempt to demonstrate that modern liberalism, even ethical relativism, was spawned by Jacob Arminius (d. 1609). They begin with Arminius and their own wrong interpretation of his theology and end with two female pop stars kissing at a Super Bowl half-time performance and shouting “We are tired of the concept of right and wrong!” As if one can reasonably blame Jacob Arminius for that! It’s laughable.

(https://www.christianitytoday.com/ct/2019/june-web-only/age-of-pelagius-joshua-hawley.html) that all the worst ills of contemporary American social and political life can be blamed on fifth century Christian heretic Pelagius.

Yes, Pelagius believed in native free will and denied original sin; yes, he believed it was at least theoretically possible to live a full life without sinning simply by choosing to obey God. But what that has to do with the condition of American society that he decries is beyond me and I’m a scholar of ancient Christian heresies. (See my book Counterfeit Christianity: The Persistence of Error in the Churches [Abingdon Press].)

Pelagius believed and taught natural moral ability to obey God and denied inherited corruption of the will—and North African church father Augustine brought him down for that. Augustine was right and wrong. He was right, as Catholics and Protestants have believed and as the Bible teaches, that we are all born with a strong proclivity to sin such that if we develop to an age of moral accountability we are totally dependent on God’s supernatural grace for our salvation. We cannot be saved by our free will acting alone.

Augustine was wrong to believe that we inherit the guilt of Adam’s sin and that God’s grace is irresistible.

Nothing in Pelagius’s teachings would indicate that he believed the individual is totally self-made or exists independent of God. He believed and taught that God’s law is the means by which God leads individuals and groups to know and obey God. His fault was in teaching that all we need is God’s law and free will acting rightly to obey it.

But the point is—Pelagius DID believe God’s revealed will in the law is necessary for salvation; he did NOT believe the human person is capable of saving himself or herself apart from God. Only because God has revealed his will in Jesus Christ and in God’s Word, the prophets and apostles, can people please God and be saved or come to live a fulfilled human life.

It appears Hawley is an amateur at theology and is trying to prop up his right-wing political beliefs and activism using a misinterpretation of an ancient Christian heretic. One can only suppose that his motive is to shock conservative Christians into labeling liberal and pluralistic democracy as heresy. There’s an old saying: “Drink deeply at the well of knowledge or drink not at all.” Hawley needs to drink more deeply before speaking and writing about theology.

January 13, 2021 A Church Father Senator Hawley and His Mentors Should Read
Recent Comments
0 | Leave a Comment
Browse Our Archives
get the latest updates from
Roger E. Olson
and the Patheos
Evangelical
Channel
POPULAR AT PATHEOS Evangelical
1