Social Hysteria: A Suggested Explanation of a Common Phenomenon

Social Hysteria: A Suggested Explanation of a Common Phenomenon 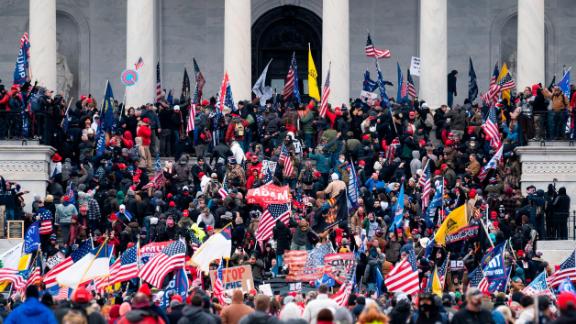 I am neither a sociologist nor a psychologist, let alone a social psychologist. So, there, that’s out of the way. What I propose here is an amateur explanation of a phenomenon anyone familiar with social history knows about.

An otherwise relatively peaceful and functioning society—whether a nation-state, empire, religious organization, or business—suddenly falls into a dysfunctional condition marked by hysterical beliefs, delusions, scapegoating, violence, chaos, tyranny, anarchy, etc. Not all of that in any one instance, perhaps, but a general state of mental, emotional and behavioral disorder that border on or falls head long into crisis.

Scholars and experts look for mechanical explanations. One recent one that I read stated that it is always rooted in “economic instability” that usually arises from “distrust in currency.” Okay, well, I don’t think that quite explains it in every case. In fact, my own study of these occurrences leads me to doubt that there is any mechanical explanation. (By “mechanical” I mean naturalistic—an explanation that is reductionistic, reducing the causes to political or economic ones.)

What are some examples of the phenomenon I am here attempting to explain? One relatively recent one took place in an eastern African country. Suddenly the population was gripped by a mad desire to slaughter people. An estimated one hundred thousand people died in a matter of about six weeks—at the hands of neighbors. Another example is the former Yugoslavia that fell into utter and total chaos including mass “ethnic cleansing” and a patchwork quilt of independent microstates with extremely odd shapes. As a scholar of religion I could describe scores of religious organizations that seemed to be functioning relatively well and suddenly fell into a seemingly supernatural “spell” resulting in mass suicides or “stand offs” with governments resulting in many deaths on both sides.

I see my own country, the United States of America, tottering on the brink of such psycho-social chaos for no single cause or reason. Scholars both within the U.S. and outside the U.S. are scratching their heads at what is happening—seemingly reasonable people on both sides of the political divide hurling accusations of major crimes and misdemeanors at people on the other side and shouting “Lock them up!” Some on both sides are preparing themselves for social chaos, even violent revolution.

There is here, in the U.S., today (January, 2021), a mass delusion about “voter fraud.” No doubt some voter fraud has always occurred, in every election, but never before has such a large group of Americans fervently believed in such mass voter fraud with so little evidence. On the other side, many Americans believe the party in power is preparing to establish a dictatorship using the military and marshal law. Never since the Civil War (1860s) has America been in such a state of mass social psychosis, mass hysteria. What will be the outcome? Only time will tell, but it’s hard to believe this condition will pass without leaving tremendous scars on our national psyche.

It does seem that every so often we observe, possibly even experience, something like mass hysteria with masses of people in a social body suddenly believing in something evil with little or no evidence and projecting that evil onto a person or group within or outside of the body. The result is often violence.

I will give one more example. During the 1980s and into the 1990s America was gripped by something religion scholars have come to call “Satanic panic.” Seemingly suddenly millions of people believed there were thousands of Satanists participating in horrendous cultic rituals including animal and human sacrifices and “black magic” and worship of Satan. Of course there were precursors of the mass hysteria. During the 1960s and 1970s Satanism was in evidence in books like The Satanic Bible and in movies like “Rosemary’s Baby.” But, suddenly, in about 1985, numerous innocent people were being accused of ritual Satanic abuse of children and seemingly reasonable people were gripped by fervent belief in a world wide Satanic conspiracy. (I met and talked with some such people including a man who claimed to have been raised in a Satanic cult where he observed human sacrifices. He would not give any details as to the who, when or where.)

Anyone who lived through that time in America has to remember the trials of numerous child care workers and parents accused of horrible Satanic ritual abuses. Almost all of them were eventually acquitted as the testimonies of “victims” became increasingly bizarre and flew in the faces of all evidence. Still, millions of Americans continued to believe in the fictional world wide Satanic cult conspiracy for years. Eventually the hysteria died down.

It seems to me that there is something in human nature (Christians will say “fallen human nature”) that wants to believe in radical evil lurking inside otherwise normal—appearing fellow human beings and wants to eradicate it. The methods differ, but the pattern is the same—scapegoating. Evil is projected onto some person or group of people who are demonized and persecuted for no reason other than the delusion that they are evil. Clearly this was the case with Hitler, the Nazis, Germany in the 1930s, and the Jews.

It seems that every society is in danger of falling into this phenomenon of psycho-social hysteria, even a kind of psychosis, and needs to be aware of it and resist it. Certainly Jesus called his followers to resist it by loving perceived and real enemies rather than persecuting them.

Today, in America, there are Christians who are contemplating taking up arms against some perceived enemy – the beneficiaries of voter fraud, for example. Civility even at the top levels of national government has all but disappeared. Hate rules the day. Conflict seems almost inevitable. I oppose that and call for both sides to calm down and regain sanity and civility. But it does not seem that sanity and civility are what most people want in a time like this. At least those who do want it are not the voices being heard. Instead, what is being heard are the angry shouts of “Lock them up!” We are in deep and trouble waters. Everyone needs to take a deep breath, calm down, count to ten, pray, meditate, whatever, and back away from the brink of social chaos and anarchy.

January 4, 2021
Free Will or Not? Another Round in the Debate
Next Post