Experiences of an Evangelical Theologian 5

Experiences of an Evangelical Theologian 5 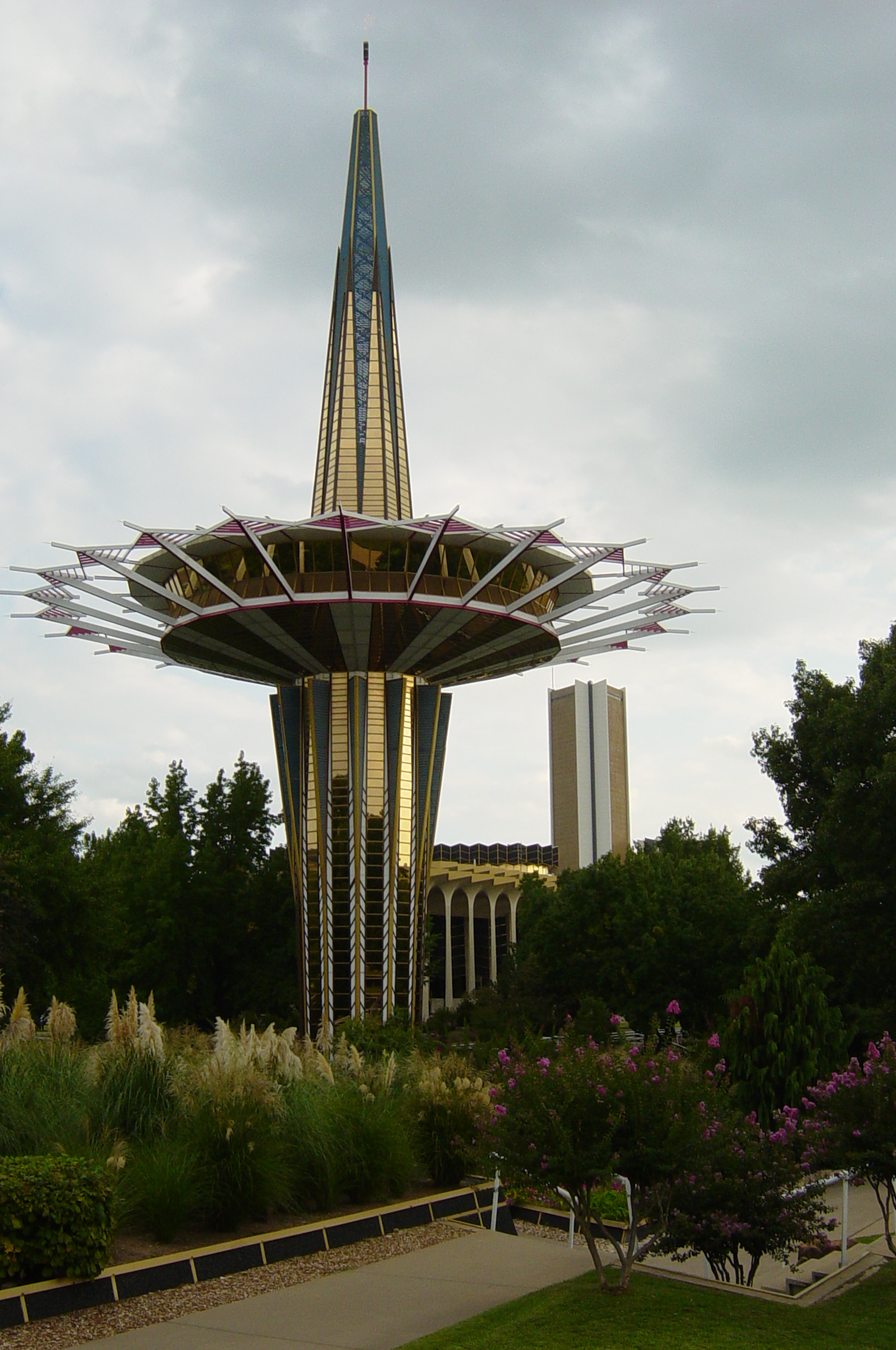 *If you have not been reading this series, you may not understand much of what I tell here*

In my previous installment of this series, I talked about my journey from seminary to Rice University, where I earned a Ph.D. in Religious Studies (which a “major” in Christian theology) and on to the University of Munich where I studied with theologian Wolfhart Pannenberg.

All of that was unexpected, surprising, almost (perhaps) miraculous. Looking back on my whole life journey from beginning through my time at Munich and my being granted a Ph.D. by a major American research university, I’m amazed and can only believe that God opened doors—using people who accepted me in spite of my own unworthiness and mentored me in spite of my humble beginnings and perhaps unacceptable early education at a Bible college.

The “hero” of this story is God, not me. I don’t attribute my achievements to my own intelligence or efforts. Without the people who came into my life and mentored me, I could not have achieved what I did. I would not now be given the title Professor Emeritus of Christian Theology and Ethics by a major American research university.

I give all the glory to God and do not wish to draw attention to myself as if I achieved anything on my own. I also give recognition and thanks to people like my Rice mentor Niels Nielsen, my Rice professor John Newport, my seminary professor and later colleague Al Glenn, Bethel College and Seminary president George Brushaber, and Munich theologian Wolfhart Pannenberg who welcome me into his lectures and seminars and spent quality time with me.

My year in Munich, studying with Pannenberg, was simply magical. It was more than a dream come true; I never dreamed it! While there I wrote the first draft of my dissertation—about his theology—and he pronounced it “Ausgezeichnet!” However, sadly, my Rice dissertation committee, because of one person on it who despised Pannenberg, forced me to re-write it after I returned to the U.S.

While I lived in Munich, in relative comfort due to the extremely favorable exchange rate, I kept in touch with my seminary professor and friend Al Glenn—about possibly joining the Bethel faculty. That was my dream. I don’t know exactly when that dream entered my mind and heart, but it was before I met Al. At the end of my year in Munich, no position at Bethel had opened up for me. I was basically unemployed—for a couple of months. Friends took us in while I searched for a job.

Strangely, unexpectedly, John Newport found for me my first fulltime teaching position and I somehow “slid” into it. It was on the faculty of the relatively new Oral Roberts University in  Tulsa, Oklahoma. I have to say that moving from Munich, Germany, to Tulsa, Oklahoma was something of a culture shock for both me and my wife. Whatever people may think of Tulsa, it is not Munich or even close. However, we settled in there, tried to live on the pathetic salary I was paid, and made the best of it for two years.

By the time I began teaching undergraduate theology classes at ORU I was no longer Pentecostal or charismatic. Strangely, though, in the rather long, drawn-out interview process, nobody ever asked me if I spoke in tongues! I assumed they assumed I did because of my Pentecostal background and because several leaders at ORU were friends of my family. Open Bible people were closes to Oral and to my family. So, some thought it was a “natural fit” for me, but it certainly wasn’t. Except that I loved my students and my colleagues. But I hated chapels. All students, faculty and staff were required to attend two chapels each week. They were led by a string of television evangelists and others—including John Wimber (to name just one). Wimber was among the good ones; Fred Price was typical of the worst (in my humble opinion).

I could write a whole book about the things I saw and hear and experienced during those two “wilderness years” at ORU (1982-1984). But most people would have trouble believing them. I will recount just a few here.

Allegedly, according to ORU lore, Oral and his family (Oral, his wife Evelyn, their son Richard and his wife Lindsay) lived simple lives, not lives of luxury like other television evangelists. I often saw Oral being driven around campus in an old station wagon. However, one day my department secretary asked if I would like to see something interested. My thought was “Everything here is interesting—strange but interesting.” She took me down an elevator (in the huge main academic building) to a subbasement that I didn’t even know existed. Then she led me down several hallways to a large metal door with a small window high up in it. She asked me to stand on tiptoes and look in. There I saw an underground parking garage with its own entrance from outside the building. In it were four black BMW sedans with darkened windows. On the walls in front of each car were name plates: Oral, Evelyn, Richard, Lindsay. Then she showed me the private, personal elevator near the garage that led up to Oral’s personal office on the top floor of the building. She said that he did not like to be on elevators with employees or students.

Almost weekly I saw and heard strange things at ORU. Oral clearly considered it his fiefdom and expected unquestioning loyalty from everyone under him. At one faculty meeting he called out names of faculty members who he considered “disloyal” and demanded that they stand at microphones placed in the front of the room and explain themselves. I remember the first one who broke down and cried out of shame and embarrassment. The situation reminded me of what I read about communist reeducation camps in Vietnam.

From the moment I arrived at ORU I wanted to leave. I thoroughly enjoyed my students and my classes with them, but I hated everything about Oral’s “leadership” which I considered arbitrary, egotistical, and even cultic. As I said above, I could write a book about all the things that I witnessed with my own ears and eyes and things I was told by insiders about Oral and “the family.” I thought that perhaps Oral was demented in some way and almost felt sorry for him. His daughter and son-in-law had been killed in a plane crash. His son Ron committed suicide. His dream of finishing the “City of Faith” (hospital and medical research center) was falling apart. It was enough to break anyone’s mind. But that doesn’t excuse the spiritual abuse I saw and heard with my own eyes and ears. One time in chapel, Oral personally called out a female student—seemingly arbitrarily—and had her stand. He said that God had revealed to him that she was demon possessed and he wanted to exorcise her demons. She fell apart, denying it. But he would not quit. Everybody was ducking and shaking their heads.

During my second year at ORU, feeling desperate to escape, I finally received the call from Al Glenn that I could interview for an open position teaching theology at Bethel College in Minnesota. I flew there and interviewed and was hired. It felt both like a great burden lifted off of me, as I knew I did not belong at ORU forever, and the fulfillment of a dream. I had come to respect Bethel College and Seminary and looked forward eagerly to being a colleague of (among others) Millard Erickson whose three volume Christian Theology I had been using in my introduction courses at ORU. In fact, I was the first person to use the first volume of that three volume systematic theology as a textbook.

I left ORU sadly because of my students and colleagues; I loved them all.

The question nagged at me for years: Was God involved in that “detour” at ORU? I believed it, but I had trouble explaining it to myself or others because I was so extremely disappointed in the university—which has now changed dramatically. It was led by a (in my opinion) spiritual abuser, a manipulative megalomaniac, a man I was ashamed to work under, a man I dreaded ever meeting personally. However, over time, I came to “see” that God was using me during those two dreadful years to help students think clearly about their Christian faith. I guided them away from the “prosperity gospel of health and wealth” and toward a healthier, more biblically and theologically informed faith. Several of my ORU students went on to have great careers in ministry. I will mention only one here—Adam Hamilton. If you don’t know who he is, you should. Look him up. He pastors one of the largest United Methodist Churches in America and has written several notable and best-selling books. He was in my very first theology class at ORU.

While was teaching at ORU my first scholarly article was published—in one of the world’s leading theological journals—The Scottish Journal of Theology. And by the time I left I had another scholarly theological article accepted and on the way to publication. By then I had written and seen published several book reviews in popular Christian publications such as Christianity Today and Eternity and also in Christian Scholar’s Review. I was beginning to make a name for myself as an evangelical scholar but knew that staying at ORU would probably sink my hopes and dreams of becoming a notable evangelical theologian.

Next…my fifteen years at Bethel College and Seminary including my involvement in the great “Open Theism Controversy” of the 1990s. Stay tuned…