Experiences of an Evangelical Theologian 9 (Final)

Experiences of an Evangelical Theology 9 (Final) 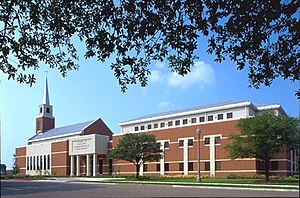 *If you have not read the previous installments of this series, this final one may not make much sense.*

I came to Baylor University’s George W. Truett Theological Seminary in Waco, Texas with excitement and some trepidation. I looked at it as an adventure and one where I would need lots of mentoring—to fit in. I spent most of the first two years just listening and learning. But I quickly discovered that there was and is a great deal of congeniality between my own brand of evangelical faith and Truett’s. I stayed 22 years and am just now, in 2021, retiring from full time teaching. I leave both my forty year profession and Truett Seminary with sadness but also joy in feeling that I have made a contribution that is mostly positive. I hope; I pray. May it be so, Lord.

Baylor and Truett have supported my scholarly endeavors fully and during my 22 years there I wrote almost one book a year. During my time there I wrote The Mosaic of Christian Belief (IVP) and The Journey of Modern Theology (IVP) as well as books published by Westminster John Knox, Abingdon, Eerdmans, Fortress and other publishers. Baylor and Truett afforded me a rich environment for teaching, learning, growing, working and publishing. During my years there I matured as an evangelical theologian and gained something of a world wide reputation. I receive emails from all over the world.

Again, I want to give God all the credit for whatever I have achieved that is good and right. I firmly believe that God opened this door for me and guided me through it.

I have only two real complaints about my time at Baylor’s Truett Seminary and neither has anything directly to do with the university or the seminary. …

First, soon after I arrived at Baylor’s Truett Seminary, something of a rival to some Southern Baptist seminaries, conservative Southern Baptists began to heckle me and the seminary over the open theism controversy. Because I had defended Greg Boyd at Bethel and argued publicly that open theism is compatible with evangelicalism, broadly defined, and is not a heresy, certain SBC heresy-hunters began attacking me and, by implication, the seminary that hired me.

One example is an article written and disseminated through the Baptist Press (the SBC news agency) about open theism. This article was written by an associate dean at Southern Baptist Theological Seminary in Louisville, Kentucky. (This person is now one of the most highly regarded and sought-after Christian ethicists and is no longer associated the SBTS or the SBC.) The article stated that I, Roger Olson, called open theism more biblical than the traditional, orthodox view of God. I never said or wrote any such thing!

To me, this fiasco epitomizes the tactics often used by conservative opponents of open theism. Misrepresentations abounded. One article about open theism published in a major conservative magazine called open theism belief in an ignorant God.

Many conservative (neo-fundamentalist) evangelicals were in the 1900s and first decade of this century specializing in heresy-hunting and raising false fears about “error” among more progressive, open-minded evangelical seminary professors and others. I was made an object of this heresy-hunt merely because I dared to defend open theism as not heresy but an evangelical option.

After our initial, unhelpful communication, I have twice asked the author of that article to retract what he said that I wrote and he has declined even to respond.

Second, because I have something of a reputation for being organized and a good writer, I was asked to be involved in accreditation processes at both Bethel and Baylor/Truett. Here are my observations about accreditation agencies and associations.

I suspect very few people know about the power accreditation agencies and associations have over their member institution. Much of what goes on or does not go on within an accredited institution has much to do with its accreditors.

It would be very difficult for an institution of higher education to cut the ties with any and every Department of Education-recognized accreditation agency or association. The financial losses would be devastating for most institutions. For example, a seminary not affiliated with the Association of Theology Schools (ATS) will find it more difficult, if not impossible, to gain grants from major foundations—something most institutions depend on.

I was deeply involved in working together with colleagues toward Truett Seminary’s initial accreditation. I found the manual of standards extremely confusing. I read it very carefully. It was unnecessarily repetitive and required great repetition in the self-study report by the seminary. My colleagues and I worked for numerous hours gathering statistics, feedback, etc., for our self-study. We submitted it and waited for the accreditation association’s “site team visit.” This (usually one-time) visit by professors and administrators of other member institutions of the accrediting association is crucial to the success of the institution’s application.

Ten years later, however, so it seemed to me, everything had changed—not within the seminary but within the accrediting association. I wrote a portion of the seminary’s self-study. I read the self-study. It was (and is) very strong. The seminary is very strong. Its “weaknesses” have to do with context. For example, it cannot hire full time faculty who are not likely to gain tenure in the university. Tenure in the university requires at least one notable book published and strong letters of endorsement by scholarly peers. Normally expected are published articles in peer-reviewed scholarly journals.

Without going into the nuts and bolts or details, I will say that my second experience with seminary accreditation was devastating and left a bitter taste in my mouth. I was talked down to with great condescension by members of the site visit team. The chair of the site visit team slammed a door in my face when I attempted to talk to her—about a colleague of hers who is a long-time friend of mine. The overall tone of the visit was negative from the start—in my opinion and by my lights. I also believed that the accreditation association had changed the rules such that we were required to live up to standards they set without any regard to our particular situation, circumstances, challenges, etc. Frankly, I felt they were haughty, unjustifiably arrogant, and intrusive. One member of the site visit team interrogated me personally about my theological “fit” with the seminary and wandered off into questions about my theology generally. He was then an administrator of a rival (ultra-conservative and Calvinistic) seminary! (Yes, seminaries have rivals.)

One site visitation team member lectured me about the “value of diversity” as if I was against diversity when I had just expressed profound desire for it. He obviously (to me) came with a prejudice against us because he did not believe we had achieved the level of diversity he thought we should have achieved. I explained to him how tremendously eager we were to achieve diversity and how hard we worked to achieve it and the obstacles we kept encountering. All he did was lecture me about the “value of diversity.” He was extremely condescending—as were other members of the site team and members of the follow up site team who visited later.

The seminary was a “work of God” according to the same accreditation association only ten years earlier. Not that much had changed in that decade—before the second site team came for the seminary’s renewal of accreditation process.

My point is simply this: I am extremely dismayed by the intrusiveness of some accrediting agencies and associations who appear to me to have preconceived agendas that have nothing to do with their real mission—which is (or should be) ONLY to discover whether a seminary (or other institution) does what it says it does.

I want to end this diatribe on a positive note. My 22 years on the faculty of Baylor’s Truett Seminary were among the best years of my life and I have no regrets for going there to teach. I cherish my colleagues, my students, the seminary’s staff and the deans. I believe it is the best kept secret in American seminary life generally. The secret is getting out, however, and I celebrate that. I hope that I made some contribution to that.

The Gospel According to a Comedian
Cranach
Related posts from Roger E. Olson