Every Church Needs a Joker (And the Joker Cometh)

Every Church Needs a Joker (And the Joker Cometh) December 3, 2021 Roger E. Olson

Every Church Needs a Joker (And the Joker Cometh) 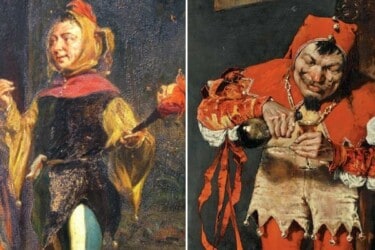 At least according to legend, during the so-called Middle Ages, every monarch had at his side (or somewhere nearby) a person called a “joker” (or “jester”) whose job it was to make the monarch laugh and sometimes even make fun of the monarch. Actually, from what I have read, the joker’s job was also to ask questions. He was the only person in the royal court who could challenge the monarch’s decisions without fear of punishment.

Whether this legend and these details are true is irrelevant to my point here. Assuming their truth, what I want to suggest is that every church (and perhaps every religious organization) ought to have one such joker whose job it is to question things. “Why do we do this?” “Why do we do this this way?” “Is this authentically who we are?” “Is this biblically and theologically right?” Etcetera.

I have very much experience in church life and in Christian organizational and institutional life. I grew up in a pastor’s home, attended Bible college, seminary, and graduate school in a major university. I have taught Christian theology in three Christian universities over the past forty years. Throughout all of that I have attended, visited and spoken at numerous Christian churches.

Something I have observed is that much of what is done in churches and Christian organizations and institutions is done without critical thought about it. Over time, most churches and Christian organizations and institutions simply develop habits, customs, traditions that do not seem to work anymore and often seem not to have any biblical or theological justification.

I have sometimes taken it on myself to question some of these ecclesiastical practices and decisions—as a member and even as a member of the board or a committee. I’m an ordained Baptist deacon and I have served as elder and assistant pastor in several churches. I started out classical Pentecostal (trinitarian, like Assemblies of God), became evangelical Baptist (non-fundamentalist), and am now becoming evangelical Mennonite. But I once served for several years as minister to youth and director of Christian education at a United Presbyterian church (before the merger that created the Presbyterian Church USA). So I have experienced church life in the United States fairly deeply. And I have worked inside three Christian universities, served as chief editor of a major scholarly journal published by fifty Christian colleges and universities, and served as contributing editor of Christianity Today. I could go on displaying my credentials, but I will stop there.

All this experience has led me to believe that many, perhaps most, churches and Christian organizations and institutions would benefit from an inside “joker” who is expected to ask hard questions about why certain things are done, the way they are done, and why certain decisions are made and how. As I said, I have taken it on myself to serve in that role in some churches and Christian organizations and institutions, but what I have experienced is that either my questions have been ignored, laughed at, or treated as inappropriate. I have been subjected to spiritual abuse in some cases merely for pointing out serious errors and even ethical lapses.

Typically, organizations have a parliamentarian whose job it is, without fear of negative repercussions, to correct procedures at business meetings following “Roberts Rules of Order” or some version of that. We are accustomed to that role; almost nobody questions the parliamentarian when he or she says “Wait! We can’t vote on the nominating committee after we vote on their nominees.” (I was in one church business meeting where that actually happened!) That’s his or her job; everyone understands that—even when doing that job challenges the leaders’ plans for how the meeting will go.

What I am advocating is like that, like the parliamentarian’s role. The “joker’s” role (whatever he or she is actually called) would be known to all members and the leaders would have to allow him or her to carry it out. Probably the role should pass from one person to another in rotations. Of course, the joker should be someone with deep familiarity with organizational life, including the Bible, church history, social psychology, theology, etc. He or she would not have to have a Ph.D. or anything like that, but he or she should be a respected, wise man or woman either within the church or from outside, stepping in to serve. Sometimes an outsider would perform this function best.

The reason for my suggestion is my experience that most churches and Christian organizations fall into routines that are outdated and unhelpful and make or follow decisions that are unhelpful, unbiblical, theological incorrect or abusive.

At one church where I attended as a member for eight years, the church board began to make decisions that I could clearly see were unethical and even abusive to the staff. I began to point this out in business meetings. The board called me in and practically ordered me to stop speaking in business meetings. I declined their “request.” About half the congregation agreed with me—that if the church voted the way the board “suggested” they would be doing something egregiously wrong. At the final congregational meeting (while I was still a member) the entire board (all men) sat in front of the congregation and threatened to quit if the congregation did not vote their way (to fire the entire church staff so that a new pastor could “bring in his own people to work with him). The executive minister (regional leader) was present and told the congregation he would never recommend someone to pastor this church if they voted the board’s way. I stood at the microphone and stated in no uncertain terms that firing the entire church staff was unethical—for the reason given. They were all doing magnificent jobs. The church voted to follow the board’s unethical plan and I walked out never to return to that church. I assigned myself to be the church’s “joker,” but because the church did not have that office my voice was dismissed. It might have been dismissed anyway, even if I were the official “joker.” But what I am suggesting is that the joker’s office within the church would be to raise such questions to the congregation and the leadership without being told to shut up.

I doubt that my plan will ever be implemented anywhere, in any church or Christian organization or institution, but I make it anyway. What do you think?

Announcement about the future of this blog: For the foreseeable future this blog will be “turned over to” The Joker – a person who takes it on himself to question practices in American churches and organizations and institutions.

December 6, 2021 The "Joker" Begins: Why Do Almost All Pastors Urge Congregants to "Build the Kingdom of God?"
Recent Comments
0 | Leave a Comment
"What if the patient was brought into the hospital unconscious or otherwise incapacitated to designate ..."
Roger Olson Should Polygamy Be De-criminalized?
"I’m glad I piqued your interest. To this day, talking openly about the college I ..."
Roger Olson On Not Throwing the Baby Out ..."
"Good question. Let’s go back to the marriage, divorce, remarriage issue that I raised. Churches ..."
Roger Olson Should Polygamy Be De-criminalized?
"That’s interesting, Tom. I didn’t know about that. My wife grew up (first years—including baptism) ..."
Roger Olson On Not Throwing the Baby Out ..."
Browse Our Archives
get the latest updates from
Roger E. Olson
and the Patheos
Evangelical
Channel
POPULAR AT PATHEOS Evangelical
1

Evangelicalism: Where have all the young...
Determinetruth
Related posts from Roger E. Olson