But Does Systematic Theology Matter?

But Does Systematic Theology Matter? 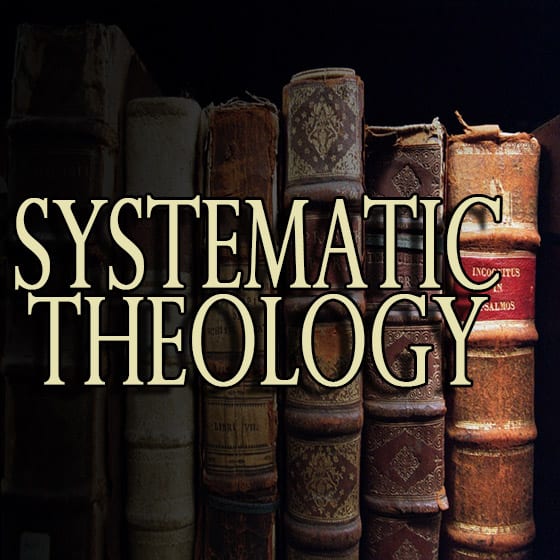 So, then, it’s settled that theology matters. (See the immediately preceding blog post.) Theology matters because God cares what we think and say about him. But another question emerges: Does systematic theology matter? Let me explain the question.

“Theology” can mean a lot of things. One variety of “theology” is what is commonly known as “systematic theology”—a particular subcategory of what Germans call Dogmatics. Dogmatics is any relatively comprehensive exposition of Christian doctrine. But not all dogmatics is systematic. A dogmatics can be just that without being systematic.

For example, Lutheran dogmatics is rarely systematic and that because Luther and his faithful disciples were and are not especially concerned about logic in theology. I’ll just leave that there as an assertion based on my many years of studying and teaching theology—especially historical theology. Reformed dogmatics, however, has specialized in creating systems of theology. Reformed thinkers do not have a monopoly on systematic dogmatics, but they have specialized in it.

So what is the difference? What makes a dogmatics systematic? What is “systematic theology?”

Evangelical theologian Millard Erickson, in his three volume Christian Theology (Baker, 1982), explained systematic theology as any exposition of Christian doctrine that aims at comprehensiveness (covering all the major loci of doctrine) and logical coherence using a central, unifying theme. His central unifying theme was the majesty of God. Stanley J. Grenz’s (in Theology for the Community of God) was community.

What one notices in those systematic theologies (dogmatics but not using that word which sounds foreign to American ears) is that every doctrine expounded revolves around and brings to expression a central unifying theme that is believed by the theologian to be the central theme of revelation, scripture. Of course, it is also possible for a dogmatics to be systematic using a non-revelational, non-scriptural central, unifying theme. One thinks, for example of Friedrich Schleiermacher’s God-consciousness (although he would probably claim it is scriptural!). Or one thinks of Paul Tillich’s ultimate concern or of Wolfhart Pannenberg’s eschatological ontology (borrowed from philosopher Ernst Bloch). Again, Tillich and Pannenberg would argue that these themes are biblical, but they certainly do not leap off the pages of scripture.

The question before us is whether systematic theology matters. In other words, ought theology be systematic? Does systematizing theology serve any important purpose? Some Christian thinkers and leaders have said no. Pietist Ludwig von Zinzendorf said something about any system killing Christianity. To him and other critics of systematic theology, it puts revelation in a box, pinning it down like a butterfly in a glass covered box. That’s bad because it allegedly imposes a system on what is not systematic—revelation. It places logic over revelation. It seeks to control revelation by human reason.

I admit that I have always had a penchant for systematic thinking. My mind works that way. It automatically looks for the system within any set of ideas. It wants to believe that reality has some logical coherence hidden within and underneath and behind the “blooming, buzzing confusion” that is our experience of reality.

I admit (finally) that I am enchanted by the philosophy of W. G. F. Hegel—even though I think Søren Kierkegaard was a better Christian and more of a prophet. (I would love to be a fly on the wall in heaven when the two of them meet there and engage in conversation.) Hegel believed that “the real is the rational and the rational is the real.” Of course he did not mean that reality as we perceive it is rational; he meant that ultimate reality is rational and that the mind is created in such as way that it can find or at least glimpse the rationality of the real—behind the “blooming, buzzing confusion” of nature and even of perception.

On the other hand, I recognize the danger of systematic theology. There does not appear to be one unifying idea or concept or principle in revelation. Why choose God’s majesty over God’s love? Why choose community over individual dignity in the imago dei? Why choose God’s sovereignty (Calvin) over God’s universal love, grace and mercy? It seems that revelation is multi-dimensional, multi-faceted rather than the manifestation of one central concept. It does seem that all attempts at systematic theology impose an idea on revelation, seeking (unintentionally, of course) to control what is wild and uncontrollable.

And yet, for whatever reason, I feel the draw of systematic theology. And I notice that even those dogmatics that claim not to be systematic are systematic. For example, Emil Brunner’s Dogmatics turns out to be systematic because communion with God holds it all together. Karl Barth’s Church Dogmatics is held together by the person of Jesus Christ—Christology. Always when I read a volume or set of volumes of dogmatics, at the end I discern at least “the blessed rage for order” however hidden—even to the author.

Is there some reason for this phenomenon? Might the human mind be created by God in such a way as to seek order in things? Some have called this “logos theology”—the idea that part of the image of God (imago dei) is the “blessed rage for order”—and the ability of the human mind to somewhat, however imperfectly, think God’s thought after him and discern a logical order in God’s revelation—just as scientists look for or at least assume some order in nature.

I doubt that any systematic dogmatics will ever be final; every system must remain open to revision because of our finitude and fallenness. But I at least respect attempts faithfully to discern the orderliness of God’s self-revelation in Jesus Christ and scripture.

I tend to think that the common disdain for systematic theology among Christians (and others) is evidence of a kind of anti-intellectualism. At the same time, I acknowledge that any system of theology is flawed by its incompleteness and its tendency to impose a humanly intuited order on revelation.

When I was in seminary one of my professors often quoted Alfred Lord Tennyson to us. So often that I memorized it! “Our little systems have their day; they have their day and cease to be. They are but broken lights of Thee, and Thou, O God, art more than they.”