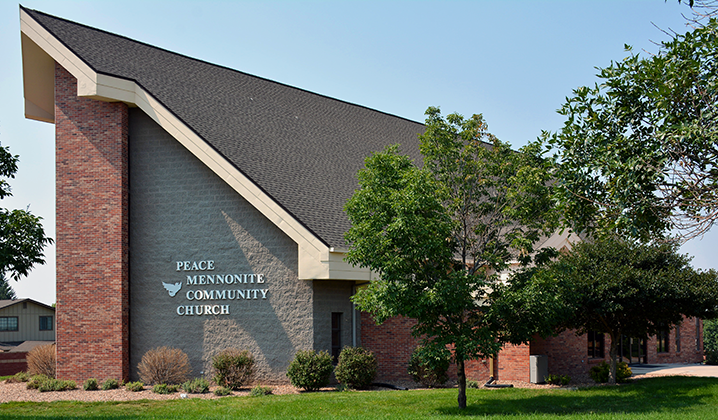 I do not consider my becoming Anabaptist a rejection of what I have been, namely, Pentecostal and Baptist. Both have strong elements of the Anabaptist vision and ethos within them. Many Baptist historians believe the Baptist tradition has its strongest roots in Anabaptism (namely, among others, William Estep and Glen Stassen). A few years ago Southwestern Baptist Theological Seminary in Fort Worth, Texas held a symposium, out of which at least one book was published, celebrating the intimate historical and theological connections between Baptists and Anabaptists. As for Pentecostals, well, we hardly were aware of Anabaptists, but as soon as I began studying church history, still as a Pentecostal, I recognized the similarities—in ethos and practice. Few Pentecostals, to say nothing of non-Pentecostals, know that almost all Pentecostals were pacifists for the first half of the 20th century. Many still are. I have often described the church I grew up in as “urban Amish.” That’s somewhat tongue-in-cheek, but I stand by it as not entirely inaccurate.

So, what I say here is that becoming Anabaptist, for me, is not a huge leap or radical move away from what I have been before. Throughout my time as a Baptist theologian I have argued for continuity rather than discontinuity between the Baptist and Anabaptist traditions in spite of some differences. Both, together with others, fall into the category labeled “baptist” (small “b”) identified and described by Baptist theologian and philosopher James McClendon.

One not the reasons I wrote The Story of Christian Theology: Twenty Centuries of Tradition and Reform (IVP) was to tell the stories of the Anabaptists (and the Arminians and Pietists) often left out or distorted by other volumes of church history and historical theology.

My first memories of Anabaptists are of Hutterites who lived around us in eastern South Dakota when I was a teenager. I would see them coming into town in trucks, dressed somewhat strangely, shopping at K-Mart and not interacting with us. I asked my parents and others about them and received little in the way of serious information about them. But I remember being told they were “Anabaptists” “kind of like Amish and Mennonites.” There was one Mennonite church near our house. One Sunday evening, as a teenager, I dared to skip my own church service and visit the Mennonite church out of curiosity. I liked what I heard there. Later, during my Baptist seminary studies, one of my professors was a Mennonite. So were some of the students. It was then that I really began to awaken to what being Anabaptist meant.

Earlier, here, I wrote about my awakening to the “young evangelicals” movement. Many of them were Anabaptists, mostly Mennonites or Brethren (e.g., Brethren in Christ or what used to be called River Brethren). (Not all Brethren churches are Anabaptist; some are.)

Gradually, over the years, I adopted many of the perspectives and values of Anabaptism while being Baptist. I did not see them as in any real conflict. I took classes to visit Anabaptist churches, including a “Beachy Amish” church, and invited Anabaptists into my classes when I taught about the Reformation especially. I felt drawn to what I would call a moderate, evangelical form of Anabaptism but saw no reason to leave the Baptist community. I believe it is possible to be both—Anabaptist and Baptist.

However, now, finally, I have settled into a truly Anabaptist, Mennonite church. It is modern (not Amish or Old Order Mennonite), evangelical (but not fundamentalist), and not very different on the surface from most Baptist churches. The difference lies under the surface, in the church’s roots and ethos.

I want to encourage you to learn about the Anabaptist ethos by reading a relatively brief but very informative essay entitled The Anabaptist Vision by Mennonite theologian Harold Bender, probably the most influential Mennonite and Anabaptist theologian of the 20th century. (Yes, he was eclipsed by John Howard Yoder, but Yoder’s audience was more non-Anabaptists whereas Bender wrote mainly for Anabaptists. But they overlap much in spite of being in different generation. I think Bender’s The Anabaptist Vision is the best brief introduction to Anabaptist theology.) Bender’s essay is available at Amazon for $1.99 (Kindle edition).

Bender identifies three main “visions” of original and faithful Anabaptism: 1) a new conception of the essence of Christianity as discipleship, 2) a new conception of the church as a brotherhood, and 3) a new ethic of love and nonresistance. You might read those and think “What’s new about those?” Well, as Bender rightly points out, it was the Anabaptists who introduced these themes into the “stream” of Christianity and, yes, they have largely caught on from the Anabaptists in many non-Anabaptist traditions and communities.

However, you need to read how Bender explains the three visions. For example, the “new conception of the essence of Christianity as discipleship” includes nonconformity of the Christian to the worldly way of life—of the surrounding culture. And the “new conception of the church as a brotherhood” includes the idea of the church as composed only of true believers whose lives are marked by the teachings of Jesus in, for example, the Sermon on the Mount. No mixed assembly of disciples and not disciples. And it includes church discipline after baptism.

All I can say is, if you are at all curious, read the essay. It is well worth the almost two dollars!

Now, as anyone familiar with modern Anabaptism knows, it is divided into numerous subgroups, some of which do not get along with each other. The largest group of Anabaptists in the world is the Mennonites, but there are many different kinds of Mennonites churches—from Old Order which are hardly different from Amish—to contemporary liberal-leaning Mennonites within the Mennonite Church USA. Then there are the various Brethren Anabaptists that blend together Pietism and sometimes Wesleyanism. Then there are the many Amish sects especially in Pennsylvania, Ohio and Indiana (but spreading out more sparsely everywhere in America and Canada). Then there are the Hutterites, perhaps the most peculiar group of Anabaptists. Watch the Youtube documentary “To Care and Not to Care” to learn about them. Finally I will mention a very little known Anabaptist denomination called The Apostolic Christian Church. I visited one recently. They have no paid clergy, the men sit on one side of the sanctuary and the men on the other, the women wear head coverings in church, and they have a Sunday meal together between two services—one morning and one early afternoon.

I do not consider my becoming Anabaptist of the Mennonite variety a “conversion,” nor do I consider it a leaving behind of what I was before. I see it as a letting out of what was already inside of me, in a formal and somewhat official way. But I remain critically Pentecostal and Baptist (“Bapticostal”).

February 17, 2022
You Don’t Deserve…And There Are Always Limits
Next Post