The Ever-Widening Divide among American Protestants

The Ever-Widening Divide among American Protestants 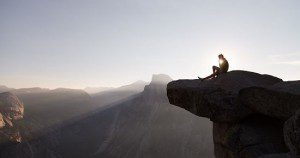 *If you choose to comment, keep it brief and to the point. Do not include any links or pictures. Do not misrepresent anything I have written. Do not misuse this blog to promote your own opinion. If you disagree, give reasons. Do not post unexplained and enigmatic sayings. This blog is for dialogue; it is not a discussion board. All comments must be civil and dialogical in order to be approved here.*

Anyone who pays close attention to American Protestantism cannot have missed the chasm that has opened up between liberal-leaning and conservative-leaning Protestants in America. And the emptying of the middle between the two sides.

By-and-large, American conservative Protestantism is an updated version of the old strongly (obsessively) anti-communist, anti-liberal anything, anti-progressive anything fundamentalism of the past. It’s difficult to find a conservative Protestant church in America where political and social conservatism does not pop up as normative.

Liberal Protestantism has by-and-large shrugged off the Bible, with the exception of certain favorite passages, certainly biblical authority, has reduced Christianity to social ethics and personal spiritual formation (often using non-Christian sources), has frowned on discussions of doctrines except as relics of a long-past heritage, embraced “theological pluralism,” and is at least on the cusp of reducing Jesus Christ to one savior among many. By-and-large American liberal Protestantism thrives on being “inclusive”—except of conservatives, of course.

Liberal Protestantism just doesn’t look much like Christianity at all. It looks like Unitarianism (no insult to Unitarianism which is by-and-large admittedly now non-Christian).

(For more about that, read my forthcoming book Against Liberal Theology: Putting the Brakes on Progressive Christianity [Zondervan, June, 2022]. I have already written How to Be Evangelical without Being Conservative [also published by Zondervan]).

What I think is happening is that churches, including denominations, are over reacting to each other and rushing in opposite directions rather than finding and holding to a moderate middle. Being “moderate” is now widely considered being “mediocre” and even “pusillanimous” – by both liberals and conservatives.

Of course, in the overall scheme of things, “liberal” and “conservative” have different meanings and one can be both—in those traditional definitions. One can wish to conserve traditional beliefs and values in a liberal way—by being generous and broad-minded. But that does not seem possible in most Protestant churches in America today.

In most Protestant churches in America today you are pushed and pulled—to declare yourself either a Republican or a Democrat—even where those party labels are not openly announced as the only Christian option. And you either learn from fundamentalist Christian teachers (most of who do not call themselves that) or from liberal Christian teachers (almost all of who call themselves “progressive” rather than “liberal”) and are pressured to take one side or the other.

Some on both sides CLAIM to be accepting of ALL people, especially all Christians, but, in effect, they marginalize and even exclude people who are different from them ideologically. Try attending a conservative Protestant church and saying that you favor feminism—at least in some aspects of it. Try attending a liberal Protestant church and saying you are opposed to gay marriage. Both sides of this chasm have increasingly long lists of what views are tolerable and what views are intolerable and people who hold intolerable views are subtly excluded—from holding leadership positions in the congregation or denomination.

Today, in America, many Protestants join a church BECAUSE of its social and political stance, disregarding as relatively unimportant its doctrinal beliefs (or lack of them).

To me, this situation, even crisis in American Protestantism, has happened so slowly that most American Protestants are unaware of it. Most think they are “moderate” and that their church is “in the middle” and not extreme in any sense.

I visited one such church, a quite large evangelical church with a history of being moderate, and heard the pastor, from the pulpit, during a sermon, harshly slam Barack Obama—in a way that more than implied that everyone present would agree with his snarky comment. The majority of the congregation laughed at this entirely inappropriate event. I stood up from where I sat near the pulpit and walked out. Not because I was a big fan of President Obama’s but because I considered that a serious violation of pulpit etiquette. But my reason for walking out had more to do with the congregation’s laughter than with the pastor’s transgression. Obviously this was a church that was becoming politicized inappropriately.

But I have also visited liberal churches that held very one-sided “conversations” about gay marriage where only one side was presented and the Bible ignored and people unwilling to “get on board” were ridiculed and treated as bigots.

And my conclusion is that this has become normal within American Protestantism. And that this is a tragedy for American Christianity and our influence as Christians in the “public square.” Liberal churches are little different from political caucuses as are conservative churches. Both use the Bible selectively to support their preconceived socio-political ideological commitments.