“Waking the Gods” Thoughts about Chapter One of “You Are Gods” 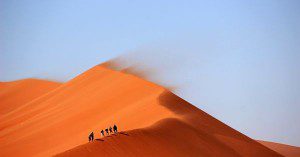 *Note: If you choose to comment, be sure your comment is relatively brief (no more than 100 words), on topic, civil and respectful (not hostile or argumentative), and devoid of links or photos.*

I have already begun responding to David Bentley Hart’s book “You Are Gods: On Nature and Supernature” with thoughts about the Introduction. I know that several of you, my readers, are reading this book along with me, but know that it is not required. I hope that non-readers of the book can read my thoughts about it and others’ and even interact with us about Hart’s ideas and arguments.

Chapter One is entitled “Waking the Gods: ‘Theosis’ as Reason’s Natural End.” I always look for the one or two or possibly three sentences in a chapter that seem to express its main thesis. Here is one: “Every rational nature is already potentially infinite in its embrace of the divine nature, even if that potency can be actualized only as a kind of infinite ‘epektasis’.” ( 9) This seems to me to be the key thesis of this chapter/essay. The chapter/thesis fills out the details of the argument for it.

Some readers might object when, on page 10, Hart says of the traditional, Western nature-grace, natural-supernatural distinction that “This is gibberish.” Some will consider Hart’s argument and conclusions just that. But, nevertheless, I press on to try to understand him.

Hart says the same thing in many ways. Here’s another example: “A natural capacity for the supernatural…would have to be a virtual indwelling of the supernatural in the natural.” (11)

Much of the chapter/essay is the fleshing out of this thesis with a “phenomenology” of intentional, rational action. This is an example, I believe, of what I call “transcendental method.” Where the actuality is, there must be the corresponding possibility. According to Hart, human thought and action presupposes an “absolute horizon of intelligibility.” (15) That can only be God. “Reason must love the Good” (15) and “the Good” can only be God.

Another key sentence: “So the basis of all knowledge and intentional will is the natural desire of the creature for ‘theosis’.” (16). Hart concludes the chapter by asserting that “Creation is already deification.” (20)

It is unfair to take on a chapter like this and NOT deal with all the intricacies of the unfolding argument. And yet, I do not have room here for that. There is a sense in which you have to read the chapter to “get” what Hart is arguing here.

In brief, however, according to Hart, human beings are rational creatures (at least capable of reason) and that includes being spiritual beings. The two are inseparable if “rational” and “spiritual” are understood properly. An act of reasoning necessarily presupposes an infinite horizon of intelligibility which is, then, a spiritual act.

According to Hart, we human beings (and I’m sure he will argue all of creation) exist FOR deification; nothing less than union (or reunion) with God can explain our nature which is, then, not really finite but infinite (or at least supernatural).

Any alternative vision, Hart believes, cannot do justice to human thought and action which must be regarded as infused with supernatural grace from the very beginning.

Okay, now, the question arises—whence, then, evil? Again, from Hart: “Between the immanent and the transcendent, or the finite and the infinite…rivalries of agency are not even cogently conceivable.” (9) Really? What, then, of sin and evil? On the surface, anyway, having read only the Introduction and Chapter One, it seems to me that, for Hart, evil must be illusion, false thought, something like Christian Science’s account of evil (which is also that of Vedanta and other forms of monism). At the very least, so it seems to me, so far, Hart owes us a fuller and better explanation of sin and evil—because he is a Christian intellectual.

What do you think?  Especially you who have read Chapter One, but others as well.