Is It Time to Retire the Word “Superstition?”

Is It Time to Retire the Word “Superstition?” 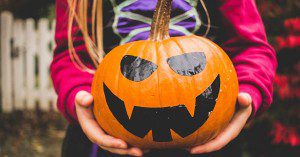 *Note: If you choose to comment, make sure your comment is relatively brief (no more than 100 words), on topic and addressed to me, civil and respectful (not hostile or argumentative), and devoid of links or photos.*

Recently here I wrote about large, special displays of books about magick, witchcraft, divination, the occult in the entry of a major bookstore and in the common area of a public library. I labeled some of what these books promoted “superstition.” Some people, especially some Wiccans and neo-Pagans, strongly objected, claiming that their beliefs and practices are no more superstitious than those of mainline religions including Christianity.

To me, that raises a question. Is it time to retire the word and concept “superstition?” To those people who objected to me calling occultism superstitious, I ask—Is there anything you would label “superstition?”

When I was eleven years old I lived temporarily with an elderly woman, a close friend of our family, who my brother and I had always called “Grandma Hanson” since we were old enough to talk. She was a Norwegian immigrant and member of our church. One winter day a bird somehow got into her house and was flying around. She began to cry and sob saying “O, no, that means someone is going to die.” I said to her, “Grandma, that’s just an old superstition.” She immediately flared up at me with anger for calling her belief superstition. Of course, now, as an adult, I know I shouldn’t have said that to her. But now, in 2022, is anything credibly, rightly considered superstition?

Occultism includes astrology. Or, perhaps better said, astrology is a form of occultism. Some call it an “occult science.” Is it taught in any accredited university? Is it wrong to call it superstition? Does it have any rational defenses? Even if the answers to those questions are “no,” it seems that today we can’t safely or rightly label it or anything “superstition.”

But what about belief that a bird in the house means someone close to the home owner is soon going to die? Do believers in tarot card reading and crystal healing believe that is superstition? They’d better not. My “grandma” might come to haunt them. Or is that claim superstition? I’d better not say so because there will be someone who objects that belief in ghosts haunting people is not superstition.

The problem here, in the background of all that I am saying, is that our society has become so pluralistic and defensive that, really, nothing can safely be called “superstition” without someone raising an objection. Nothing is wrong; everything is just “different.”

I do think this is a problem for our society. We are opening the door to legitimizing all kinds of beliefs and practices that have no grounding in any credible philosophy or science. (Here I use “science” in the German sense of “Wissenschaft”—a disciplined way of thinking.) Is it really not a problem that a public library promotes books that allegedly teach people how to cast spells? Or tell the future using horoscopes? Or practice magick—the “art” of altering or manipulating reality through allegedly powerful words, gestures, rituals and  etc.? Where is the ethics in occultism? Is there a credible philosophy of occultism? O, yes, theosophy (broadly defined). But is that esoteric philosophy really philosophy? Is it taught in any Philosophy Department of any accredited university?

Someone will object by asking if Christianity is taught in any accredited university. Of course it is. I earned my PhD in Religious Studies including Christian theology at Rice University, one of the top-ranked secular research universities in America. The department also taught a course in occultism, but not as a serious science but as a kind of pathology—because of its lack of philosophical underpinnings and its lack of ethics. “An ye harm none, do as ye will” is hardly an admirable or serious ethical axiom. And “Do as you will shall be the whole of the law” is anti-ethical.

Must we retire the word “superstition” just because there are people who believe in and claim to practice occultism? There are also people, including a whole society of people, who believe the earth is flat. Must we take them seriously or can we say they must be joking?

Pluralism of beliefs is a good thing insofar as it means governments have no right to adjudicate them. But sheer, unfettered pluralism of beliefs cannot be a good thing when public libraries promote occultism. I, for one, will not retire the term “superstition.” Some beliefs and practices just are that; that’s the right word for them. And I won’t apologize if that offends anyone except my “Grandma Hanson” who gave me so much care during my motherless childhood. But, behind her back, I would still say that her belief was superstitious.

September 2, 2022 Hart, “You Are Gods,” Chapter Three: “That Judgment Whereby You Judge: Beauty and Discernment”
Recent Comments
0 | Leave a Comment
"O, the stories I could tell. But not here. Once I began pointing a finger ..."
Roger Olson A Radical Suggestion for Christian Educational ..."
"I’ve always wondered why they hardly ever sing any John W. Peterson songs on Gaither ..."
Roger Olson Sing a New Song?
"As the secular world dominates, it will exercise its power in every arena in which ..."
an old scribe A Radical Suggestion for Christian Educational ..."
"That said, I remember years ago Bill Gaither had a concert on CBN. He said, ..."
Mike Stidham Sing a New Song?
Browse Our Archives
Related posts from Roger E. Olson