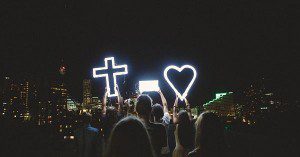 I fear that, to a very great extent, almost across the board, that is regardless of denomination, American Christianity has become more a folk religion than a classical, traditional, even identifiable religion. What do I mean?

To me, and to many other scholars of religious studies, a classical, traditional, identifiable religion is more than one invented individually and/or new based on feelings. A folk religion is one based largely on feelings and practically devoid of formal beliefs rooted in sacred texts and traditions based on them.

The signal symptom of folk religion is preference based on feelings of comfort. Not necessarily “comfort” as in “feeling good,” but “comfort” as in feeling supported in one’s predisposed, preferred values, hopes, fears, intentions, goals, etc.

Throughout most of history, Christianity has been a religion that emphasizes right doctrine, right belief, “orthodoxy,” however that might have been fleshed out denominationally.

Anyone who has taught Christian theology and doctrine in America for very long will testify to the sea change in American Christianity. There was a time, not too long ago, when doctrine, if not formal theology, mattered very much in most American Christian churches. Today, in late 2022, that is not the case compared with, say, fifty years ago and more. Even during my forty years teaching, writing, speaking about Christian theology mostly in America it has changed dramatically.

Now, to head off disagreement and objections, I will say that there are still Christian churches and denominations in America that care very much about doctrine and some even care about Christian tradition(s). But I would dare to say that even in those churches, the importance given to right belief has dwindled greatly in the last decades—and continues to dwindle even more.

One good thing I can say about the “Young, Restless, Reformed Movement” is that it was and is concerned about right belief, right doctrine, orthodoxy, even if I disagree with one especially crucial aspect of that movement’s vision of Christian doctrine (viz., Calvinism).

I have discussed the reasons for the rise of that “YRRM” with many scholars of American religion and most agree that the main reason is the search for intellectually rigorous belief among especially young Christians raised in churches nearly devoid of that.

But the YRRM and related organizations such as the Reformed University Fellowship (RUF) represent only a small segment of American Christianity.

There are Christian denominations and churches that call themselves “Confessional” meaning they have formal doctrines, but more often than not these are otiose within the ranks even of the pastors, to say nothing of the lay people.

Today, American seminaries are crammed (insofar as they are crammed at all) with students who avoid theology classes as much as possible. Many seminaries, even confessional ones, are moving to degree programs that minimize the study of theology. In many of them, many of the students are interested in counseling, social work, spiritual formation, more than theology. (And here, when I say “theology,” I mean the study of Christian beliefs, doctrines.)

I have had many experiences like the one I am about to recount. This one just stands out to me as emblematic of the problem. I belonged to a Baptist church. The church and its denomination had a formal statement of faith and was therefore, allegedly, confessional in some sense. One Sunday, a guest preacher spoke fervently and passionately about the imminent return of Christ, saying “He could come tomorrow!” The sermon was clearly rooted in premillennial eschatology. Immediately after the sermon the “worship leader” (choir master and congregational singing leader) had the congregation stand and sing “We’ve A Story to Tell to the Nations” which is clearly postmillennial eschatologically. After the benediction I approached the worship leader and pointed out the incongruence between the sermon and the final hymn. He looked at me disparagingly and said “Only you would think of that.” Sadly, he may have been right. (The church was most definitely NOT postmillennial! The norm was premillennialism.)

In my opinion, a major symptom and cause of this move of American Christianity toward folk religion is the shift in church music. Traditional hymns are rarely sung; preferred are “contemporary Christian choruses.” These remind me of the choruses we sang in Sunday School, youth group and summer “Bible camp” when I was a youth. Hymn books have all but disappeared in many, if not most, American Christian churches. Or if they appear they are rarely used.

One of my seminary colleagues told me that the Baptist Hymnal was Baptists’ (he probably meant especially Southern Baptists’) “book of confessions.” It’s disuse or replacement by CCM ditties is emblematic of and contributes to the shift of American Christianity from a classical, traditional, identifiable religion to a folk religion.

And I will add to all that, that I regard the shift of so much American Christianity to emphasis on America and right-wing politics is also emblematic of folk religion. It is a religion called “Americanism” identified as such by sociologists of religion and theologians (e.g., Stanley Hauerwas).

This trend I have been decrying here was identified by sociologist of religion Robert Bellah as “Sheilaism” based on one woman’s identification of her religion as that—based on her name. Sheilaism has crept into churches such that in many American churches one can really not tell what it believes as a whole except the goal of personal fulfillment through deepened relationships with God and others, devoid of cognitive content. That is folk religion, not real Christianity.

October 12, 2022 Does Truth Actually Exist?
Recent Comments
0 | Leave a Comment
"Perhaps you could explain a bit more how this relates to materialism (or not)."
Roger Olson What Is Gravity? A Theologian Learns ..."
""My problem was not with confrontation but with the arbitrariness of many of the issues ..."
canoelover What Has Happened to the Evangelical ..."
"I think Jc means Ralph Reed and the Moral Majority. Kids smell hypocrisy a mile ..."
canoelover What Has Happened to the Evangelical ..."
"I would say that it does matter for a fuller understanding of our glorious Creator. ..."
Jon Xavier Evangelicals and the Trinity
Browse Our Archives
Related posts from Roger E. Olson