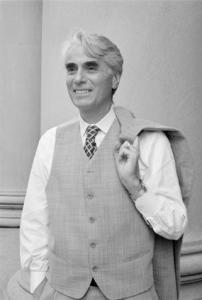 *Note: If you choose to comment here, be aware that I do not approve all comments; this is not a discussion board. If you hope your comment will appear here, make sure it is relatively brief (no more than 100 words), on topic,  addressed to me, civil and respectful (not hostile or argumentative) and does not misrepresent what I wrote in the blog post.*

Recently here we have been discussing Christian (and other) theories of economics, the distribution of wealth (including government services) within a functioning and “good” social order. There has been, predictably, much disagreement. I think it it time to “educate” some people here, who read my blog, about philosophies that lie behind and beneath American economic theories today. There are really only two main ones—the philosophies of John Rawls and Robert Nozick. Both wrote classic books about justice, focusing especially on economics, that have been extremely influential in American political life (broadly defined). Both have passionate followers and critics.

Both were professors of philosophy at Harvard University in the 1960s and into the 1980s. John Rawls wrote a massive volume about justice entitled “A Theory of Justice.” His theory is often allied “justice as fairness.” In the book he describes a fair society as one structured as reasonable citizens would structure if “under the veil of ignorance” which he called “the original condition.” He was a classical liberal, so he advocated individual freedom consistent with individual freedom for all. However, in “A Theory of Justice” he argued that AFTER deciding on maximum individual freedom for the future, as yet unstructured social order, reasonable people in the original condition, under the veil of ignorance, not knowing their advantages or disadvantages in the social order once the veil of ignorance is lifted, would decide on a principle Rawls called “the maximin principle.” That means “maximizing the minimum.” The principle means that reasonable people under the veil of ignorance would decide on a social order, including government, that assures that as the rich get richer their increases in wealth benefits the poor also. The point was, of course, to stop an inevitable widening “gap” between the rich and the poor in a capitalist society. Part of that would necessarily include redistribution of wealth, not necessarily in the form of cash handouts to the poor but necessarily through programs to help them rise out of poverty.

Robert Nozick’s classic book “Anarchy, the State and Utopia” (1974) was largely a response to Rawls’s theory of justice. Nozick strong disagreed with Rawls and argued rationally for a largely libertarian society in which the government’s main job is to protect boundaries and preserve for the owners property to which they are entitled. The only property to which owners are not entitled are properties (wealth) that were obtained by some kind of deception or by sheer theft. So long as a person willingly and knowingly transferred property/wealth to another person, even if at a greatly reduced value, the new owner is entitled to that property/wealth and government protection of it for him or her.

As you can suspect, both proposals have come under harsh criticism over the years since the books were published and both books were revised and “corrected” by their authors with responses to critics. But the main ideas of both remained the same. Specific examples changed some over the years as people raised reasonable questions about the proposals.

Once you understand Rawls’s and Nozick’s philosophies, you can easily see how they underly the “great divide,” even among academics, in American political life, especially with regard to government intervention or non-intervention in the economy. Most people have never heard of either Rawls or Nozick, but their views “trickle down” anyway. When I was a Ph.D student at Rice University in the late 1970s and early 1980s I saw many students carrying around either Rawls’ or Nozick’s books. In our seminar on ethics, we were required by our professor (James Sellers) to read portions of both. I read all of both. And I read commentaries on both. And I interacted with other students who were passionately devoted to one or the other.

This is an example of something that frustrates me almost to no end. That people latch onto a particular view of economics without studying the philosophies behind them. Clearly, Ronald Reagan was influenced by Nozick even if he never heard of him. In my considered opinion, so was Marvin Olasky although I do not recall him every mentioning Nozick. The same can be said about Rawls’s theory of justice. It has “trickled down” into policies crafted and promoted by politicians who never heard of him.

All general, broad approaches to American social policy, especially as it regards the government’s role in the economy, TEND toward either Rawls’s approach and theory OR Nozick’s. As with Calvinism and Arminianism, I do not think there is any middle ground or hybrid between or of them.

But anyone who learns about these two philosophies has to “see” that they are fundamental, basic, to current and recent American politics. In the next post here I will talk about my own thoughts about Rawls and Nozick and their philosophies—as a Christian ethicist. In the meantime, if you intend enter into conversation about them, I urge you to familiarize yourself more with them. All I have provided here are totally inadequate thumbnail sketches of their main ideas.

November 16, 2022
Surely It’s Time to Retire the Role of “Celebrity Christian”
Next Post