Halloween: A Time for Me and My Shadow

Halloween: A Time for Me and My Shadow October 31, 2011 Roger Wolsey 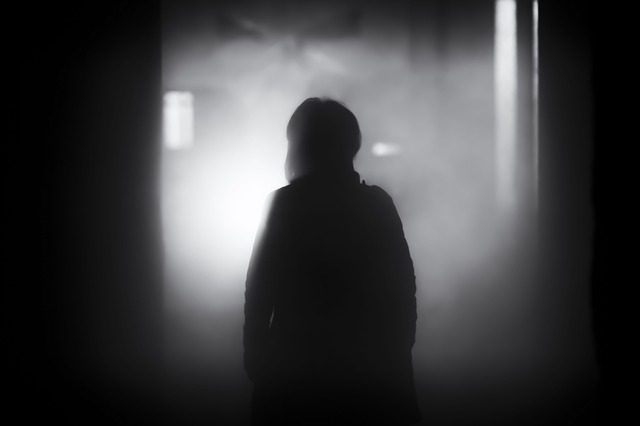 Battle not with monsters, lest ye become a monster, and if you gaze into the abyss, the abyss gazes also into you. – Friedrich Nietzsche

Halloween is upon us.  The name comes from the Old English word for “All Halloweds Eve” – the night before All Saints Day.  Those two days make for the perfect chance to explore the best and worst of ourselves.  To face our inner monsters and to celebrate the “saints” in our lives who we admire and look up to.  In Jungian talk – these are our dark and golden shadows.

A powerful spiritual practice that addresses those parts of us that we’re “not so thrilled about” is known as shadow work. According to Jungian psychology, we all have metaphorical masks that we wear and images (our personas) that we seek to put forth in the world for how we’d like to be seen and known for.  Yet, the more that we focus on those idealized images, the more we repress and the opposites of whatever our preferred images may be pop up into our lives.  If I want to be known as “nice, sensitive person,” I stuff and hide away the “mean, insensitive, jerk” parts of me.  But the thing is, when we try to minimize those darker shadows, we actually increase and magnify their power.  And, unless we do something to own, embrace, and integrate those darker parts of ourselves, they grow and fester until they erupt – sometimes in embarrassing, even career-ending, sorts of ways.

A glaring example of what happens when we fail to admit and embrace our shadow sides is what happened to Ted Haggard in 2006. Haggard was the senior pastor of a mega-church in Colorado Springs, CO and he was the president of the National Evangelical Association.  He was forced to resign in utter humiliation when news reports were released about his engaging in extra-marital sex and taking illegal drugs with gay prostitutes in Denver (note: I don’t think there’s anything wrong with homosexuality, I’m merely stating the facts about that case and to show the staggering extent to which people will repress parts of themselves – even to the point of hypocritically preaching against part of their true selves.  While Haggard described this as “giving into his dark side” I would submit that this could better be understood as his golden shadow seeking to see the light of day).

We need to make friends with our shadows and allow them to vent, breathe, exercise, and see the light of day from time to time on our terms under our control.   If we don’t allow for this, they will speak their piece and they’ll do it on their terms.

Shadows thrive on being kept secret so one healthy thing to do is to admit what they are and tell people about them.  I know. This seems like it would be the last thing you’d want to do, but shining some light on them and vulnerably talking about them reduces their power considerably – and it may very well endear you to the people you disclose them too.  Such sharing shows that you’re a fellow human being who is trying to be down to earth and real.   Yep, talking about your dark side actually makes you more attractive to people than keeping them hidden.  It takes some time and practice to get your mind around this, but it’s true.

A sage truth that pastors and psychologists learn (or are at least taught) along the way is, “That which we criticize most in others is that which we struggle with most ourselves” (that concept isn’t original to me, though this particular wording of it may be). Hence, a powerful bit of shadow work is to think about the people in your life who irritate you and rub you the wrong way – the people who you simply can’t stand.  Then, think about how you are like those people – how you share some of the same qualities and tendencies that you loathe in them.  What you discover may be most revealing.  Consider what you can learn from your shadow(s); what they’re trying to tell you; and you can come to see them as a gift – a gift that can help you be a more gracious and effective vessel of God’s love in the world.

I’d like to suggest that we keep these things in mind as we put together our Halloween costumes.Instead of just buying some random costume or mask from a store, why not embrace this season as a part of our mental and social health? Why not use it as a time to lift up our shadow sides and bring them to the light of day?

One of the ways to exercise and embrace our darker shadow sides is to create a costume that exemplifies and exaggerates those qualities.  For instance, if you tend to want the world to see you as responsible, precise, always in control, and well, perfect, you might do well to throw on a tie-dyed t-shirt, preferably with some fresh oil stains on it from some deep fried onion rings or dripping burger juice, grow out your facial and/or leg hair, mess up the hair on your head, wear your pants on backwards and/or inside out (or at least have some oil on them from changing the oil of your car or some paint from having just attempted to paint a painting of a volcano erupting into the cosmos), tuck a half consumed bottle of Jim Beam in the waist, and wear the same underwear you wore a few days ago (nobody has to know about that detail).

Or if you tend to want folks to perceive you as a prim and proper, goody-two-shoes prude, perhaps donning a pair of lounging slippers, a pipe, and silk robe with a Playboy bunny emblem on it might be what’s in order to express the lustful beast that dwells beneath.  You may really need to let that freak flag fly a bit.

Or, if you want people to perceive you as a “player” who has more men or women than you know what to do with, perhaps a costume that embraces your inner, modest, socially awkward self who has a fear of intimacy is what would fit the bill.   …You get the idea…

Another tack to consider is to think of the sort of person who you can’t stand, the sort of person who would drive you bonkers to have to sit next to on a long plane flight and make a list of those qualities that ruffle your feathers.  Dick Cheney, Karl Rove, or Glenn Beck come to mind for me.  Then, create a mask or costume that personifies those qualities and wear it – all the while reflecting upon how you are like that person.  How you demonstrate some of those same tendencies and qualities.  Humbling, yes,  .. but this little exercise could really be a profound investment in yourself.

Clearly, healthy “shadow management” requires far more than a token lampooning of our shadows once a year on a holiday  (a way of dancing out our demons) – but I encourage us to try it.  Who knows what sort of inner shifts and liberations might take place as a result?  I for one am willing to find out.  I’ll be the guy in a suit with a sneer on his face in a hunting outfit with a homemade shotgun slung over his shoulder saying, “Trick or Treat Peon!”  I might even have some Tea Party brochures or forms to buy stock in Halliburton to give ya in exchange for some candy.

ps.  an alternative approach is to revive the practice from the Middle Ages where people would dress up as their favorite saint the night before All Saints Day.  For our purposes, we could dress up like someone who we really admire and look up to – as the reason you are drawn to such persons is because you seen in them what you have within you as well – your golden shadow.

p.s. and may brother Ted no longer hide his golden shadow!  He is so gifted and talented in so many ways.  Thinking the costume he might consider wearing should be simply Divine.

This post originally appeared at Elephant Journal and is reprinted with permission from the author.

Roger is an ordained United Methodist pastor and the author of the new book – Kissing Fish: christianity for people who don’t like christianity.  He is also an active member of The Christian Left’s Facebook page

October 14, 2011
10 Things Christians Should Know & Do about the “Occupy” Protests
Next Post

November 7, 2011 Food for the Fight: A Sermon for the "Occupiers"
Recent Comments
0 | Leave a Comment
"If I'm viewing correctly, that I'm the first commenter, it's disappointing.... Such a great article ..."
Howard Pepper A Pickle for Progressives & Paul?
"I agree that the history is mainly of interest to know where the attitudes come ..."
jekylldoc It’s Time for the Church to ..."
"It was the Archbishop Desmond Tutu who said that (I paraphrase), "More sin happens in ..."
KraigDeKompressorKruncha It’s Time for the Church to ..."
"I see this was 3 years back. Nonetheless, whilst I recognise much wisdom in your ..."
KraigDeKompressorKruncha It’s Time for the Church to ..."
Browse Our Archives
get the latest updates from
The Holy Kiss
and the Patheos
Progressive Christian
Channel
POPULAR AT PATHEOS Progressive Christian
1

Where the miles are marked in...
slacktivist
Related posts from The Holy Kiss