A Pastoral Letter to the United Methodist Church

A pastoral letter to the United Methodist Church: 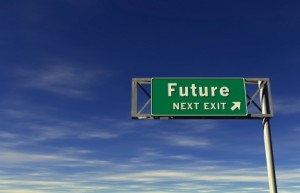 My people are meeting with their people and all of those people are God’s people. The United Methodist Church’s General Conference is being held this week in Tampa, FL and lay and clergy delegates of many stripes and persuasions are engaging in “holy conferencing”– and unfortunately of a lot of realpolitiking too. The delegates were elected to represent United Methodists in each of the “Annual Conferences” (regions of the country and the world), with some of the delegates representing theological progressives and others representing theological conservatives, and, hopefully, some are representing those in the increasingly rare theological middle.

This is the 5thGeneral Conference that has met since I was ordained as a United Methodist pastor in 1996. I’ve spent the entirety of my young adult years hoping and yearning for the Church I love to truly be the most Christ-like and loving that it can be. At times it feels like I’ve been waiting in vain.

In 1972, the United Methodist Church imposed restrictive language in our Book of Discipline that asserts that “homosexuality is inconsistent with Christian teaching.” And the G.C. in 1984 inserted language that prohibits the ordination of people who’ve been called to ordained ministry by God who happen to be “self-avowed, practicing gays or lesbians,” and that prohibits ordained clergy from conducting gay or lesbian weddings.

I’m what’s known as a “straight ally” of the LGBTQI community. But I wasn’t always this way. I grew up in Minnesota with a fairly (but sadly) typical upbringing where my culture and society taught that homosexuality was “wrong” and/or “evil.” My peers reinforced this and I engaged in numerous games of “Smear the Queer,” told my share of gay jokes, and even engaged in some teasing and bullying of gays (or persons thought to be gay).

I eventually outgrew and shed that homophobia. This was due in part to coming to own and embrace my own sexuality; realizing that Jesus never spoke about it so it couldn’t be a primary concern of God’s; my increased awareness of Biblical scholarship which shows that the 6 verses in the Bible that have been said to “clearly oppose homosexuality” do not clearly do that at all. Yet, more than reading the insights of Bible scholars was the profound impact of actually getting to know actual living, breathing gays and lesbians. I met several homosexuals during my college years and they seemed, well, more like ordinary college students than not. And then after college I shared a house with several male housemates for a couple of years. Several of them happened to be gay. Actually sharing space and living life with them firmly showed me that they indeed are more like me than not  — with some of them being tidier than me and, to my amazement, some of them were even more likely than me to leave socks laying on the floor or forget to wash the dishes!

Then I went to seminary, was exposed to even more Biblical scholarship debunking the typical ways of understanding those “clobber verses,” and met even more gays and lesbians.

It seemed obvious that my generation (“GenX”) was increasingly tolerant, accepting, and even embracing of homosexuals. I was aware that most of many of my peers were leaving the Church because they felt that it was too exclusive, judgmental, and, well, mean. I, however, felt a profound sense that the UMC would eventually come to its senses and join the growing number of mainline denominations that were also shifting toward full inclusion of gays and lesbians. I sensed that “It’s not a matter of whether or not the UMC will become gay-friendly, but when.” 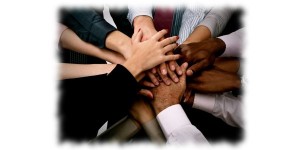 With that confidence in mind, I was ordained, appointed to my first church, and have pastored several churches by this point in my career. I’ve performed some 50 weddings for couples in love. All but two of those couples were couples that were living together before they married. I never feel a need to instruct them to not live together before I would agree to marry them. Instead, I did as we UM’s tend to do — err on the side of grace. We’d rather celebrate a couple’s love and offer an open door to the Church than to be legalistic and close the door on them. I’ve compared notes with numerous other UM pastors and their stats are nearly identical with mine – the vast majority of the couples that we perform wedding ceremonies for are living together. Over 1/3 of the couples who we UM pastors conduct weddings for involve at least one person who was married before, divorced, and is remarrying. Heck, many UM clergy have been divorced and remarried ourselves.

Here’s the deal. We’re hypocrites. We’re hypocrites if we act on the side of grace and unconditional love on behalf of straight people and yet make a point not to do that for our gay and lesbian brothers and sisters. The vast majority of our population is straight (or at least straight-leaning bisexuals) – with only 5-8% of the population being gay or lesbian.

You know what it’s called when the majority of the population allows the members of the majority to do something but then don’t allow a minority group to do it? It’s called scape-goating.

Scape-goating is disgusting. It’s an abomination and I am no longer having any part of it –– and neither should our Church. We should either become fundamentalists who don’t allow for divorce, remarriage, or allow couples to live together before we agree to marry them (at least we’d be consistent in our ridiculousness); or we should become a more full and beautiful part of the Body of Christ and repeal our antiquated, exclusive, judgmental, and hypocritical language which prohibits homosexuals from being ordained and prevents straight pastors from conducting gay weddings.

The other mainline Protestant denominations have now each repealed their formerly restrictive prohibitions and have become officially gay-friendly, reconciling, welcoming and affirming denominations. The Disciples of Christ, the Episcopal Church, Presbyterian Church USA, ELCA Lutherans, UCC United Church of Christ, and the American Baptist Convention each either officially allow for gay weddings and the ordination of gay pastors for the entire denomination –- or at least allow their member congregations to enact their own policies about those matters.

The United Methodist Church is the nation’s 2nd largest Protestant denomination and we’re by far the largest mainline Protestant denomination. Those other brave mainline Churches have stepped forward in faith and have taken the measures needed to allow today’s people to hear the good news of the Gospel. It’s time for us to as well. Our children and our grandchildren are counting on us.

For information about how to move forward, please visit the Reconciling Ministries Network. 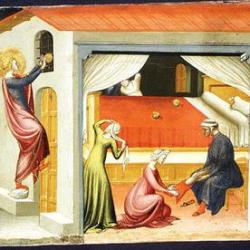