I post as Captain Cassidy, aka Cassidy McGillicuddy, but you can call me Cas. (I am neither a captain in any military groups nor the owner of any water vessels.) I’m in my mid-40s and have been blogging since 2013. I used to guest-blog at Removing the Fig Leaf and for a while was one of the main contributors to the now-defunct Ex-Communications.

I was raised Catholic by a very fervent family, converted to evangelicalism in my teens, and became a full-on fundamentalist shortly thereafter, throwing myself into religion like it was the only thing that mattered at all in the whole wide world (I’ve put a timeline at the bottom of this post). I even married a guy who wanted to be a preacher! But shortly after college I figured out that my religion’s claims weren’t true–not even the softer claims made by its nicer flavors–and left it entirely, which broke up the marriage. That was over twenty years ago. For a long time I just lived and let live–I was moving around a lot and not paying a lot of attention to what Christians were doing back home. When I did realize what they were up to, I had a choice to make: to keep silent and stay out of it, or to speak up and make noise. I chose the latter. I don’t regret that decision.

My blog is called Roll to Disbelieve because it represents the rejection of religious indoctrination and control. The term comes from tabletop roleplaying games; a character in such a game who has reason to suspect that someone’s trying to trick him or her can roll to disbelieve to escape the trickery, and if the attempt is successful then the character sees through the illusion forever and can’t be fooled again.

I’m a humanist, a skeptic, a freethinker, and a passionate student of science, mythology, and history. I’m generally friendly to the idea of spiritual stuff, but I want evidence for it before I’m willing to bet the farm on anything supernatural. It seems hugely unlikely that any of it will turn out to be true at this point, though. Regardless, I care more about what people do than on what they call themselves. I don’t think of myself as having much of a specific religious or non-religious label beyond “ex-Christian,” and I’m kind of enjoying coasting without one at present after a lifetime of earnest worry about which one was jusssssst right. Maybe there isn’t one for everybody. Maybe that’s the point. Maybe that’s okay.

I welcome comments of all kinds, as long as they conform to this blog’s rules. And I welcome you, whether you’re a longtime reader or a new friend!

Let’s see where this road will take us.

I welcome your support! My PayPal is captain_cassidy@yahoo.com (that’s an underscore in there) for onetime tips, and I also welcome monthly patrons via Patreon with Roll to Disbelieve. Patrons just got a 10-minute long  cat video of me talking about TRUE CHRISTIANS™ while the cats demolish a box and I post occasional “behind the story” posts there–not to mention cat pics! I’d love to have you on board too.

Kitten pics, because we can never have enough kitten pics. The girl kitten is named Bother; the male is Bumble. They are collectively the greatest forces of entropy that I have ever encountered. 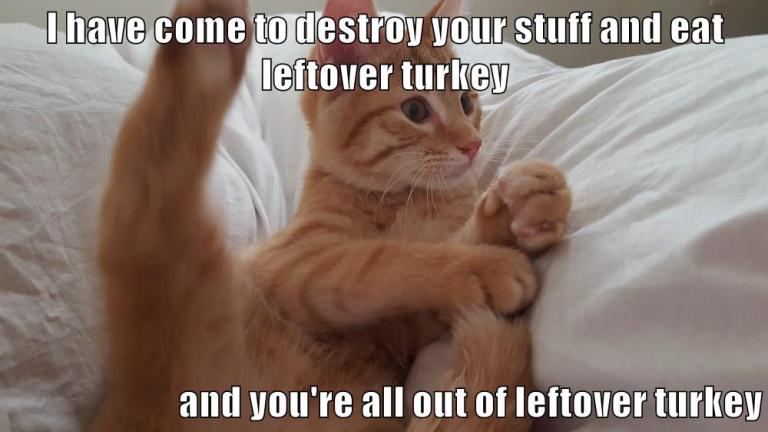