March for Life after Covington

The March for Life demands a new demeanor to underscore the reality of America’s national shame.

John Stowe, bishop of Lexington, Kentucky, is right. MAGA caps are not the thing to wear to the March for Life. Even if someone tries to rebrand them―Make America Good Again―they are beyond salvaging. Toss them.

Displays like that, the bishop wrote, suggest endorsement of a president who, incidentally, “denigrates the lives of immigrants, refugees and people from countries that he describes with indecent words and haphazardly endangers with life-threatening policies.”

Well, that may or may not be; just let it lie there.

But MAGA caps and other signatures of political partisanship at the March for Life do not belong there. I’m with the bishop on that for whatever reason he may care to state.

(Say, just occurred to me, I do not need to tell you about the Covington Boys or the respected indigenous tribal elder patiently banging his Native American version of an Irish bodhran under the nose of a White privileged teenager who was wearing the contested smile/smirk on his face, or the Black Hebrew Israel group featured in the later video that really started the whole thing, do I? I don’t? Oh, good. Then let us move on.)

The bishop of Lexington’s remark about MAGA caps was in his op-ed where he related he was deeply “ashamed” by the actions of the Covington Boys. Of course he wrote that before the longer videos emerged revealing much more about the encounter, but in such wise he joined the internet mob.

The later, more complete videos (one up to an hour in length) captured the inaccuracies the original interpretation placed on the incident by the internet mob (of which many of you, ‘fess up, were part).

It was inaccurate but it presented what folks were prepared to believe. It was designed that way: Smirky white Catholic March-for-Life kid disrespecting a respected indigenous tribal elder who really only wanted to bang his drum and chant in peace, exactly what the clever manipulators of internet mobs planned for us see.

Along with every other neighboring bishop who jumped in too soon, seemingly encompassing the entire Catholic episcopacy in the Uni 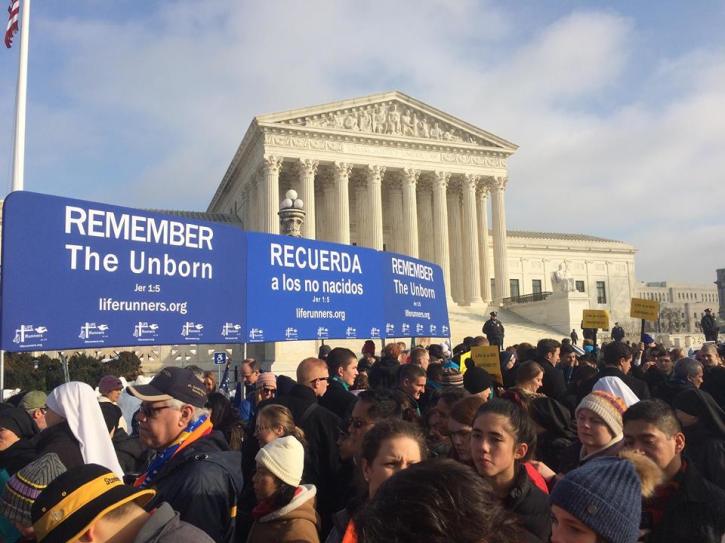 ted States, the bishop since has apologized for his unwarranted feelings of shame for the Covington Boys. Even March for Life organizers piled on and for which have since apologized.

None of that dissuades me from my opinion, nor should it alter the bishop’s, that political regalia should be banned from the March for Life.

Living now almost a half century on from Roe, considering the purpose and scope of March for Life, and the inevitable damage Covington has done (the portrayal of it, not the boys), the march demands a new tone, a new appearance, a new dedication, a new demeanor to underscore the reality of America’s national shame.

Instead of a cheery, somewhat festive, “good time was had by all” carnival mood, the March for Life now requires a strong dose of sober lamentation and solemn anguish:

An event like that should be shorn of all political insignia. If the President and Vice President of the United States, pro-life Democrats with pro-life Republican members of Congress wish to attend, great―but let them in grave procession walk along with the others. Their presence will make the statement they wish to make, one beyond words.

Let it be finally a silent march. No chatting back and forth, not from the first step on. It is a high moment of national and religious witness. The entire march summons an appropriate gravitas, and so meet the jeers and epitaphs of pro-life opponents, in silence. 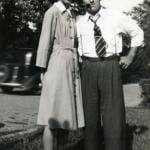 January 24, 2019
Wedding Rings and Memories, Lost and Found
Next Post

January 31, 2019 Things Martin Luther Never Did
Recent Comments
3 Comments | Leave a Comment
Browse Our Archives
get the latest updates from
The Vatican II Lutheran
and the Patheos
Catholic
Channel
POPULAR AT PATHEOS Catholic
1