Beyoncé and My Legs

I started shaving my legs in high school, from the calf down, to get my ankles taped. By the time I was in college, I went all the way up.

In men’s rugby, shorts are too long if you can’t genuflect and urinate discretely—through your leg hole. If you’re an inside forward (numbers one through five), you need to be sure your shorts are snug; that way, the binding in the scrum is tight.

I played on the wing my freshman year and eventually found my way inside to flanker. I never needed super tight shorts, but I preferred to wear my shorts the same way I wore my cleats: one size too small. I hated our oversized jerseys and always taped the sleeves.

One day I showed up to practice in full spandex, from head to toe. It was chilly outside and I saw no need to put shorts or a shirt on if I was going to wear tights underneath. It made for a hilarious and outrageous practice. The walk to and from practice was interesting, too. I suspect some very holy women at Franciscan University of Steubenville were scandalized.

I doubt they were quite as traumatized as my mother-in-law-to-be, who met me while I was still her daughter’s “friend” on the rugby pitch during parents weekend. When I walked up to say hello, my wife-to-be and her roommate were covering her eyes and squealing with a mixture of delight and awkwardness.

Beyoncé Knowles has caused quite a stir at Patheos and elsewhere since her Superbowl performance on Sunday. David Henson endorsed it as a sublime ode to womanist empowerment. Elizabeth Duffy critiqued it as a violation of objective aesthetic virtue. Calah Alexander split the difference by calling for a different mode of critique, not motivated by the patriarchal notion of “attractiveness.” Elsewhere, her performance has been far less thoughtfully praised and ridiculed, especially by outraged Catholics.

I didn’t watch the Superbowl. I only watched the halftime show a few times this week, on the internet, after all the hullabaloo. I’m unfashionably late. The carcass spoils in the heat of the 24 hour news cycle. Oh well. As I’ve said before: I’m not a journalist.

I was surprised when I finally watched the halftime show for myself. It was quite different than the image supplied to me by social media and the blogs. The event itself was converted into everyone’s own image, aligned and focused to their own eyes and tastes, all else be damned. We all do this to everything to some extent. But the degree in this case verges, I think, on disrespect for what really happened.

All of the interpretations I’ve read thusfar miss a crucial detail: the craftwork. There is something astoundingly incomplete and amiss in the reading that ignores all of the following and more: the choreography and dancing, logistics, tech support, artists and workers who designed and built the set, stylists and designers, and, most of all, the music—the live band of not only femme fatales, but professional and accomplished musicians. Artists, you know?

The drumming alone was enough to make me jump out of my seat. The timing and fills and dynamics of her playing was funky, crisp, and absolutely top notch. Downright nasty. Impressively stylized for a pop performance. The horns were tight and, although their unison line felt a little gimmicky, it was nice to see backline musicians be allowed to play-out a bit and be featured. Same goes for the rather hard to hear bass solo.

Now, I’m not a big fan of shredding, Stevie Vai or Yngwie Malmsteen, 80’s glam rock, and the like. But the pyrotechnic electric guitar solo, evoking some of Michael Jackson’s tastes in fusing rock with soul-pop, was jaw droppingly good. The real magic started when the guitarist and Beyoncé joined in a dialogue of speedy riffs together. It was not only virtuosically well-done and in sync with the well-paced set, it was also an incredible display of musicianship and skill.

Improvisation is hard, but precisely timed and planned “improvisation” is perhaps even harder. Especially when you have to control for all the variables that come into play in that size of a venue. Beyoncé knows this well coming off of the unfair grilling she took for her lip-synced national anthem performance at the presidential inauguration. (I don’t recall Yo-Yo Ma being grilled for bow-syncing in 2009.) Not only was she performing, she seemed to have a chip on her shoulder: she was very intentional about showing that she wasn’t lip-syncing and that she could flat out SANG in that larger than life setting. Destiny’s Child wasn’t bad either and the retro fitting was a nice touch (although I didn’t care for the Charlie’s Angels routine).

Beyoncé sang a top-to-bottom monster of a set. Her voice filled the stadium and the broadcast. That she also danced, made all her cues, recalled all the words (which were likely on a projector for her somewhere), and managed to make it feel like a stage performance, not a made-for-TV spectacle, can command nothing but utmost respect. Respect for her art and craftswomanship. It wasn’t Prince 2007, but that’s also not a fair comparison.

Was there a womanist message being conveyed? Sure there was. The absence of men on stage was a remarkable contrast to the football game and the music industry in general. And more! But there is something degrading when this becomes the sole, token feature, like a circus or novelty act.

This sexuality is, of course, not exceptional in the arts. Have you been to a flamenco performance lately? Belly dancing? Ballet? Tango? Anything? Have you read the Old Testament or Shakespeare or Chaucer?

Nevertheless, “everybody is doing it” is never a good argument, even when it’s true.

In the aftermath of Tarantino’s Django, there has been a lot of sanctimonious indignation about his portrayal of slavery, racism, promiscuous use of the N word, and, of course, his signature: stylized violence. At The New Yorker, Richard Brody uses the moment to recall D. W. Griffin’s 1915 film Birth of a Nation, a decidedly and despicably racist work, sympathetic to several atrocities, including the Klu Klux Klan. He concludes with the message of his title: The Worst Thing About “Birth of a Nation” is How Good It Is. Despite the repugnant content and intention of the film, Brody is sober-minded enough to see art and respect it for what it is, paradoxical and uncomfortable as that might be.

This is a lesson we need to learn; especially today’s overexcitable and rather prudish Catholics. 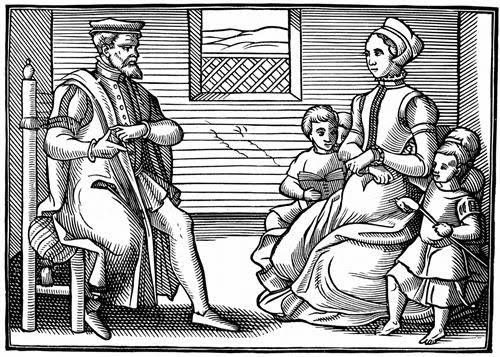 Don’t get me wrong. I would have rather seen Jill Scott, Erykah Badu, India Arie, Angie Stone, or even a resurrected Lauren Hill perform if the Superbowl selection committee was going to to go the route of Black womanist neo-soul. But their choice is more than understandable. Beyoncé is by far the most marketable and popular of this tradition, and her body—not only it’s shape but also it’s light skin tone and Euro-shaped facial features—has more than a lot to do with it. This is certainly problematic in many ways, but not because of generic embodiment or even sex. (Please don’t misunderstand me, Catholics. I’m not referring to Theology of the Body here. I find Camille Paglia far more interesting on this note than Christopher West or Alice von Hildebrand, combined.) It’s a complex matter that won’t be understood with a few extra yards of fabric.

Let’s not disrespect Beyoncé Knowles by forgetting that she is a hard working artist, a truely talented, soul-singing diva in an genre still reeling from Brittany Spears, Jennifer Lopez, and cosmetic misuses of auto-tune. Plus, I saw more than talent on that stage: there was soul there, too. Some real emotion. Anywhere where soul can be found is far better than the soulless, plastic alternatives, problems not withstanding.

God didn’t give me bragging biceps or broad shoulders, but he did fit me with a pair of strong and thickly-muscled legs, with plenty of power supplied by flexible hips and a large gluteus maximus. Leverage. As I walked up to meet the woman who would become my mother-in-law, I suspect that my shaved legs, shimmering and flexing in Bengay and sweat, were a bit racy to behold in my extra-small black rugby shorts.

When my future mother-in-law finally had her eyes uncovered, I don’t recall what our exchange was like, mostly because I had become somewhat self-conscious about my lower half. I think we were both both nervous. I know I was. To this day, she mentions “the shorts” from time to time, in good fun.

I can’t tell you exactly why I shaved my legs. Was it all functional? No. Was it all vain? No. But I do know this: the pageantry and melodrama of rugby is more than just one or the other. It is a primal game, full of violence and eros. A beautiful, brutal art. Anyone who has played knows this and anyone who has witnessed the New Zealand All Blacks’ pre-game haka knows it, too.

A Look At The Watchtower aka...
The Pursuit of Holiness
Related posts from Sam Rocha

Catholic
"I'd Rather Be Whole," an Essay About Art...
Sam Rocha
TRENDING AT PATHEOS Catholic