Benedict XVI: A Portrait of Humility 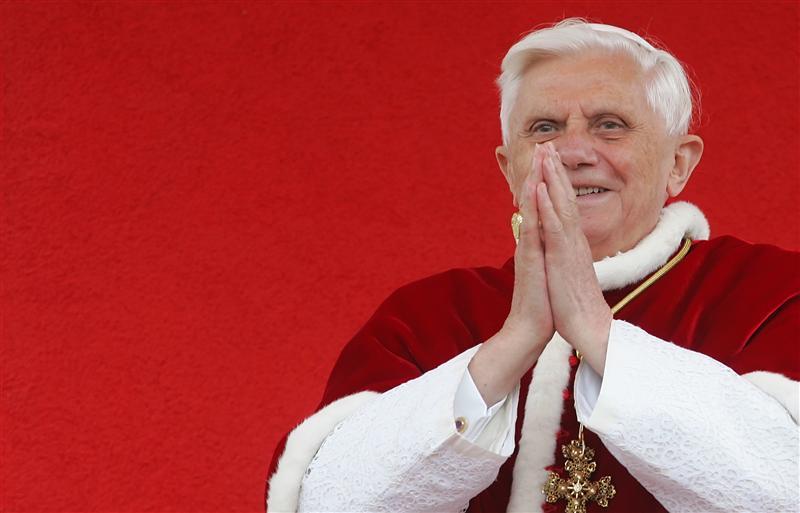 I was a senior at Franciscan University of Steubenville when Pope John Paul II died. It is hard to describe the rich melancholy that hung in the air that day. The anxiety and uncertainty. The sorrow. We, the students, had only known one pope for our entire lives. It was a sad, disorienting day.

We should have seen it coming, and of course we did. Everyone did. I recall the indignation I felt when the media, and sometimes other Catholics, would call for him to resign because of his poor health. As Julia Kristeva notes in the final chapters of The Incredible Need to Believe, John Paul II was a particularly embodied pope, from his chiseled youth to the deteriorating last days. His broken body witnessed to the timeless, the eternal.

I saw him the year before he died, in Rome, at his Sunday address. A group of us stood reverently on St. Peter’s square, straining to hear his arduous words. Behind us, a group of Mexicans were having a party. They were waving a giant Mexican flag, chanting all kinds of things like “¡Se ve, se siente, el Papa está presente!”

I was probably the most tolerant of their antics, but even I became annoyed after a while. When the Pope came to his Spanish comments he ad libbed, with surprising vigor, “¡Viva Mexico!” The crowd went nuts. The Mexicans went from despised rabble rousers to guests of honor.

This moment captured the virtuosic humanity of John Paul II. He was a master of humanizing himself and his flock with his many gifts but most of all his personality. He was a person to the Church at a time when it could not afford to be impersonal.

The came Benedict XVI. A German. A scholar. 78. Rumors of a disciplinarian.

I wondered how Benedict could follow such a charismatic pontiff. How could anyone follow John Paul II? It seemed impossible. And, in many ways, it was impossible. The truth of the matter is that Popes do not follow each other like concert acts or presidents or celebrities. There was nothing to fear or follow when John Paul II left us.

Benedict did maintain continuity with his predecessor. He showed us something both different and identical to John Paul II: a portrait of humility.

His encyclicals have been personally transformative to me and will serve the Church for years to come. They began with love—Deus Caritas Est. Today he completes that teaching: to love is to be selfless. Unafraid to admit to weakness and human frailty, love sometimes means having the courage to retire, to let go. There is great love in admitting to what we cannot do.

Love does not always make advances. Sometimes, love must retreat.

The late John Paul II showed us the dignity and strength of the human spirit in his dogged service, lasting till the bitter end. He came to us when he was weak and sick and dying.

Benedict XVI shows something perhaps less heroic, but equally as true and profound: the heart of a servant who only wants what is best for his master, his mother, the Church. There is no question that he knows the full weight and impact of this historic announcement. There is also no doubt that his legacy will be one of profound wisdom, humility, and grace.

February 13, 2013 Ashes, Ashes, We All Fall Down
Recent Comments
0 | Leave a Comment
Browse Our Archives
Follow Us!

If You Shame A Sex Worker...
Steel Magnificat
Related posts from Sam Rocha