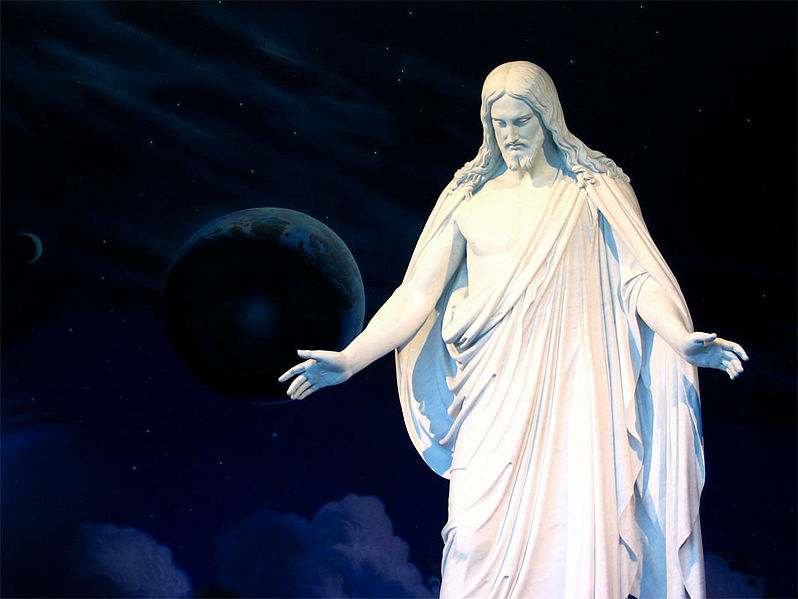 This post is a part of the interfaith blog roundtable on at Patheos, hosted by Chris Henrichsen, on the question, “Are Mormons Christian?”

That, to me, is a better question than asking if Mormons are Christian. By better I mean better in every way. Asking if Mormons are Christians feeds into old prejudices and stereotypes. It does little to shed light on Mormon theology, and it puts individual Mormons on the defensive. It is also a supremely uninteresting question, sort of like asking if the Pope is Catholic.  Anyone who knows a Mormon knows how devoted they are to building the kingdom of God on earth and how devout they are in worshipping Jesus Christ. On the other hand, asking if Episcopalians, Disciples of Christ, Methodists, and Presbyterians are Christians has some real substance to it. These Protestant mainline (which is a nice way of saying “mainstream”) traditions are on the ropes. They each have significant minorities that call into question the theological wisdom, as well as orthodoxy, of their denominational leaders. And they have been losing members by the millions over the past several decades.

Now you don’t have to tell me that there are a lot of nice people in the Disciples, Episcopal, Methodist, and Presbyterian churches. I was a Disciples of Christ for many years, and everyone I met in that denomination was really, really nice. Of course, Mormons are known for being incredible nice as well, and we know that niceness isn’t a particularly impressive marker of Christian identity.

Let me throw out three such markers: passion for the great themes of Christian thought, a missionary mindset, and a commitment to Christian unity. First, by passion for Christian thought I don’t necessarily mean theology, although good theology should be the culmination of such passion. I mean that the mind should be as oriented toward God as the heart, and that churches need to be grounded in not just the Bible but also the grand topics of the Trinity, Christology, and so on. Mormons love theology, at least the ones I have met, but mainline Protestants not so much. Mainline seminaries keep cutting back their theology courses. More fundamentally, the mainlines seem to have just grown bored with talk about the Trinity and Christology. They’d rather talk about social issues instead. They no longer have a passion for the great themes of Christianity.

Let’s face it: If I were given a random conversation partner to spend a few million years in Heaven talking theology with, would I draw from the Disciples of Christ or the Mormons? It’s an easy call.

Second, everyone knows about Mormon missionaries, but when is the last time that a Methodist or Presbyterian has invited you to church? Maybe they just think their churches don’t have that much to offer anyone any more.

Third, by Christian unity I don’t mean ecumenical agreements but Christians looking out for each other. I’ve been involved in a lot of debates in higher education over the years, and I have rarely experienced Christian unity with my brothers and sisters from the mainline denominations. To a person, they are completely invested in the institutions that pay their salary. They do not identify with Christian students or faculty on campus, do not support students in Bible studies, do not take public positions on religious issues (except when they join in with likeminded colleagues on safe, liberal issues), and do not show any interest in theology in their own specialized research. They have no sense of Christian unity in the workplace. Their loyalties are clear. When push comes to shove, they side with the man, not The Man.

I was once in a faculty committee meeting with several professors who happened to be Presbyterian. We were told the private college we taught at might fund a chaplaincy program. I was excited, since we didn’t have any such thing. The Presbyterians drew the line. Yes, our students would benefit from it, and they needed it, but what about the atheists on campus? Wouldn’t they be offended? And how could we advertise for a chaplain without inviting everyone, including pagans and occultists, to apply? Their obsession with tolerance and relativism killed the program.

The Mormons I know, on the other hand, are quick to extend a hand of fellowship to anyone who follows Christ. They are used to standing up for unpopular causes. They have a loyalty to the church that trumps employers and governments. And they know that being a Christian requires a little bit of courage.

Am I over generalizing? Sure, but I think the question I have raised is much better than the question about whether Mormons are Christians. If you want to talk about Mormons, a better question is this: What kind of Christian are they? And what can the rest of us learn from them? For that, I’ll have to ask you to read my book.

Stephen H. Webb is the author of Mormon Christianity: What Other Christians can Learn from the Latter-day Saints (Oxford University Press, 2013).

October 5, 2013 To Be Otherwise
Recent Comments
0 | Leave a Comment
"As another Professor and Doctor of Philosophy wrote, albeit somewhat hyperbolically, in First Things a ..."
F.A.Kname By Their Fruits: A Reply to ..."
""...ready to save it by penning a bestseller." Bwahaha!"
Diane Kamer By Their Fruits: A Reply to ..."
"I didn't read Rod's book, but the so called Benedict Option, whether the one he ..."
Quijote Notes In Defense of Rod Dreher
"You're more gracious to Rod than he deserves in this case. What a snit fit. ..."
Justin Conder Notes In Defense of Rod Dreher
Browse Our Archives
Related posts from Sam Rocha

Catholic
You, Sir, Are No Buckley: A Reply to...
Sam Rocha