How to (Not) Destroy Catholic Art 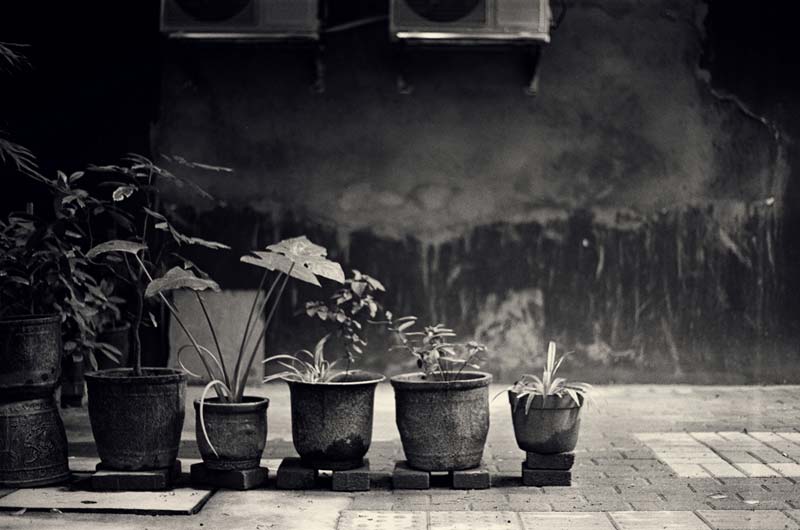 Catholic art is destroyed at the exact point in which it becomes necessary to have “Catholic” art.

The surging liturgical movement in the Roman Catholic Church over the past decade, often called “traditionalism,” is not so much evidence of the strength of Catholic liturgy today but, instead, of its remarkable weakness. We do not see “traditionalists” emerge unless (a) there is no tradition to begin with or (b) until a real tradition is in danger. Otherwise, traditions, real ones, are simply ordinary ways of being and living.

To kill a tradition, in its most organic and natural state, make it a “tradition.”

Find a place that is passionate about TRADITION and there you will find some amount of fear and insecurity. In the case of the Hebrew people, for example, there are very good historical reasons for this feeling. Same goes for indigenous peoples. Not all paranoia is unjustified. And just because you’re paranoid doesn’t mean that they’re not out to get you.

The general point is a simple one: whenever a special category is needed, that need reveals a lack of some kind. Depending on the motivations, context, and approach, these categories and movements can produce many good and bad fruits, revivals, and reminders — but the constitutive conditions remain, by and large, the same.

I grew up hearing about how badly we need “Catholic” things. Merchandise. Music. Stuff to compete with the Protestants who were better at making stuff that looks just as “cool” as the secular stuff. Really good vegan bacon.

I also kept hearing about how we need “Catholic” things that are more Catholic than the current Catholic stuff. Qualitative degrees of Catholicism.

What I didn’t realize then was that, for me, a cradle Catholic, a Mestizo Mexican Tejano Southwestern boy, Catholicism was not an option. This specialized community of Catholics, who worried about having “Catholic” things, could not erode or affect a deeper and more interior and genealogical, ancestral Catholicism that had seeped into me and informed my imagination and dispositions.

Growing up in church offices and prayer meetings and weekday morning mass and lots ands lots of priests certainly helped. But there was a time when it seemed like it didn’t. I knew all the stuff, I had all the facts, I went to the right school, I could talk the talk and had walked more of the walk than most. I read the Catechism. But when certain things change and shift, foundations get shaken, and all the right answers wear threadbare, there is nothing that can prevent a fallout.

But I couldn’t, and still cannot, seem to fall out entirely. Grace, sure. Of course. But also the fact that being Catholic, for me, is not about a conference I went to or a t-shirt or a socio-cultural brand name — even a set of doctrines I understand and am willing to check off my belief list.

Mine was, still is, and always will be, a no exit Catholicism.

I don’t know nor do I particularly care. What I do know is that we do not need “Catholic” art. We need art. That is hard and rare enough.

Once the art is worthwhile, worthy of its class and peers and so on, then, perhaps, we might talk about its possible and present Catholicism.

These two uses were really the same, and were often interchangeable, because what made for “Catholic” music was its ministerial use, which was built for participation. The word ‘performance’ was pejorative in the context of music ministry. To perform was selfish and prideful and bad.

As I improved on my instrument and my musical crafts, I began to hear the accusation of performing or of showing off. “But I’ve been playing guitar since I was five and am self-taught and these licks don’t come cheap and sound pretty good,” I would think. I would also think about how much better it would sound with a decent PA and more practice.

I soon began to realize that there was something deeply wrong with the idea that what makes something “Catholic,” especially something like music, is its use value. In fact, I began to see that the liturgy itself and the sacraments are too often disenchanted into mere utilities.

Art has no use. Liturgy is useless. Silence. God is not a life-coach.

I’ve slowly built these experiences into a type of music that already exists, but may not exist in an intentional way. There is soul music, gospel music, all kinds of religious and spiritual kinds of music out there. American music is, at its root, religious. The blues.

But there have been precious few artists who have made music that is faithful to both the religious roots of soul music, and intentionally avoid being labeled “Catholic” in a liturgical or devotional way, in order to be faithful to a deeper and more fundamental Catholicism.

Add Augustine to that and I think the picture becomes clearer still.

To restore Catholic art we need not restore anything but art itself. To restore art you just have to make it, and be very serious about it.

I am serious about this restoration and have, in many ways, spent my whole life preparing for it. I understand Augustine in a non-superficial way; I have worked on my musical craft for over twenty-five years.

I am passionate about showing and sharing this renewed sense of being Catholic that does not need to worry much about the label or the shirt tags.

But I need your help to do it. I need to get the word out to people who understand and can appreciate this sort of work. I need to find the community that is ready to help me create music that only exists in potentiality: Augustinian soul music.

Here are two samples, “Late to Love” (title track) and “Rest in You,” recorded from my study:

To support or share, visit to my Kickstarter page. And thanks to everyone who has already showed support!