Tupac Shakur, the Real C.S. Lewis, and My Dad: A Review of “Something Other Than God” 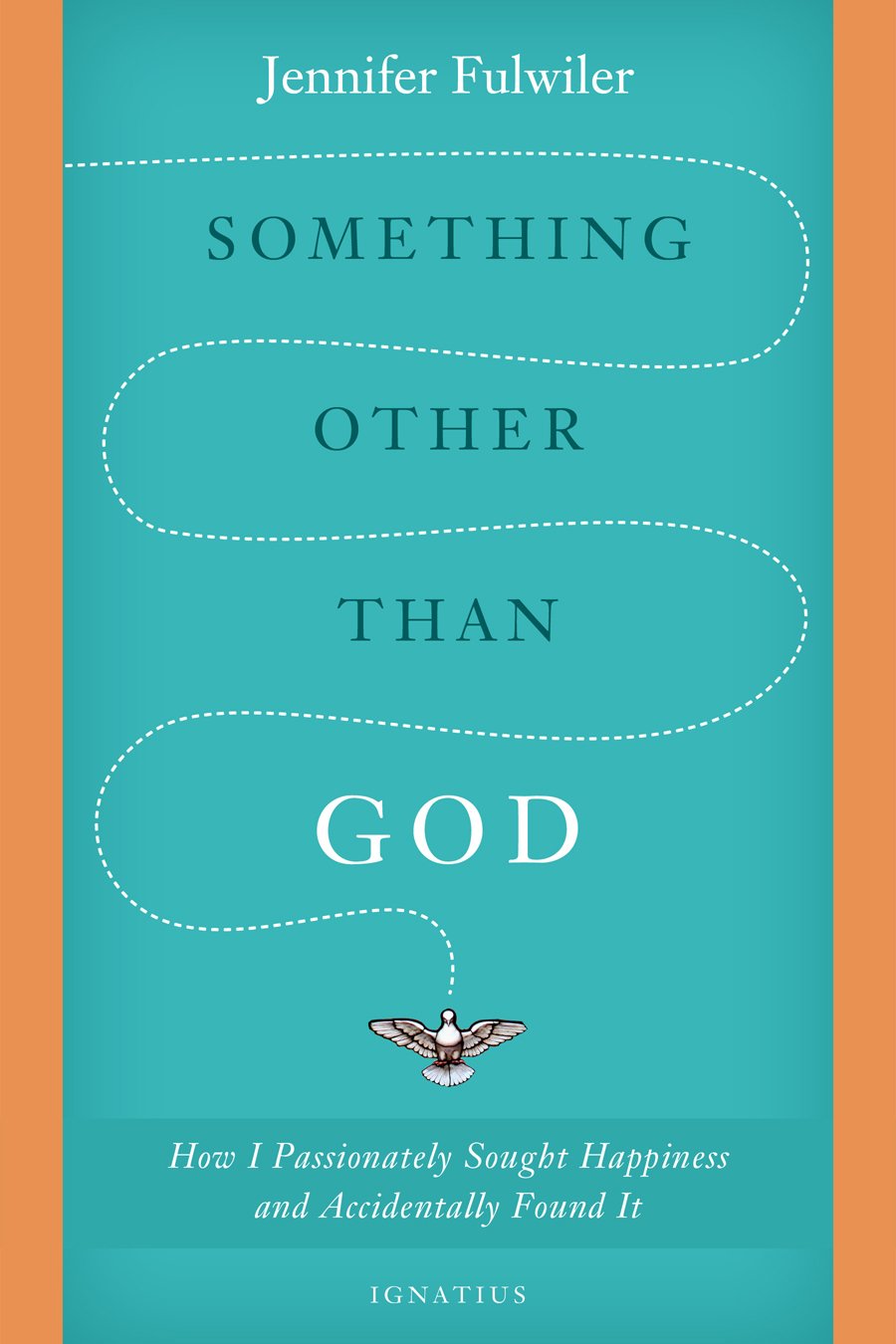 “I folded my hands, leaned my head forward, and poured out the most sincere prayer I had ever said, for the soul of Tupac Shakur.”

This final line of chapter 21, marries the searching and often broken spirituality of hip-hop, in the tragic life of perhaps its greatest and most tortured genius, Tupac Shakur, with the soteriology of the Catechism of the Catholic Church.

This is not a slick book of cultural theory, bringing together wild combinations for shock and awe. No. This is a spiritual memoir, a conversion story.

It is refreshingly not ironic. It is serious. It is also uncannily Catholic, in more senses than I can mention in this review.

I’ve never felt the atheistic impulse personally, but I do respect its intellectual heritage. My greatest dispute with (not so) New Atheists is not that they do a poor job of understanding theism, but, instead, that they represent a rather dull and boorish brand of atheism.

Nonetheless, I find that the various semantic exchanges between theists, atheists, and agnostics are usually built on a revolving set of assumptions, none more bizarre than the idea that belief is something that comes in flavours — chocolate, vanilla, and twist.

Furthermore, I am exhausted by evidentialist arguments concerning the (non)existence of God. These debates, from Anselm to present day apologists and philosophers of religion, rehearse an exercise that is at best a philosophical conceit and, at worst, a metaphysical error.

For these reasons, I found Something Other Than God fascinating. Fulwiler’s formative atheism wired her to seek out the evidence for God’s existence, but this remains unsolved in the end. There are no easy outs, circular logic, or conveniently ignored counter-factuals that save her from doubt. Existential doubt, in shades of immanent mortality, drives this quest. The only certainties presented are themselves stories of people.

One of those people is C.S. Lewis. He is the source that inspired the book’s title and is the most cited Christian reference. But his presence was not as authoritative as it might seem. He became another character, a person, dropping in and out of the narrative, rescuing what at times seem to be fruitless encounters with scripture and scrutiny.

As the story matures, however, Lewis’ role decreases. And for good reason: Fulwiler’s story is not a tidy tale of good Christians against bad pagans (like the atrocious apologetics of God’s Not Dead). In this all too real world, God works in and through the characters, all of them. There is a spirit of generosity that, with one notable exception, slights no one.

This is not a zero sum game. Fulwiler’s acceptance of Catholicism does not lose the love of her remarkably humane parents. In fact, the reverse is true: She finds herself already immersed in a Catholic genealogy; she in a way grows closer to her roots. One might find this all a bit too good to be true — and of course all such stories are too good to be true — but this signals an effort on the part of the author to err on the side of charity, which is admirable.

There is little question, though, that the “real C.S. Lewis” (by this I mean the real apologist and defender of Christianity against all comers), is her husband, Joe. From start to finish, he stands out as the singular Christian tour de force in her journey. This is remarkable because Joe also undergoes significant and lasting change, with two major career transitions (and pay cuts) to prove it. I could relate more strongly at a psychoanalytic level to Joe’s troubles than to Jennifer’s. As you will see below, I was not raised in an atheist home — but I have faced real poverty and know something about the seductions of ambition.

In just shy of four full pages (pp. 190 t0 193), Fulwiler describes hearing the personal testimony of my Father, Noe Rocha, who works as director of adult faith formation at St. William parish, who directed her and her husband’s RCIA preparation. (In case you didn’t know: I am the son of a lay Catholic evangelist.) At this point, as one might imagine, things get very tricky. On the one hand, I know this story well and my first read was for the fact, the details, making sure she got it right. On the other hand, there is a feel to this testimony, a pathos that cannot be reduced to minutia. In both respects Fulwiler not only accomplishes the task, but honours my Father in the process.

What is even more powerful about this is that my Father more closely resembles Tupac than C.S. Lewis or even Joe. He has no college degrees, he comes from the streets, and has worked in full-time church ministry for almost forty years on the strength and conviction of his own conversion story, and a dogged commitment to evangelization as a personal vocation. That Fulwiler and her husband, a well-credentialed and intellectually oriented upper-middle class couple, were able to be moved and changed by the simple story of a man who was healed from heroin addition by the grace and mercy of God, told nearly forty years later, shows that the Gospel is not only to be found in great books and doctrines — the kerygma, the good news, is alive in the personal, the anecdotal, the weak and even suspicious act of self-disclosure told in love.

My Father’s testimony crescendos with an account of a late night revelation, comparing the love of his adoptive father, my abuelito, sleeping on a cold hotel-room floor, to prevent my Father from escaping the room where he is going through drug withdrawal, to the love of God. The only part that is left out (perhaps because he didn’t tell this version that evening) is how the comparison begins. First, my Father notes how his adoptive father had wounded him and done him wrong. (This is significant since one explanation for the drug addiction could be not being told that he was adopted and finding out privately at age 13.) The harsh and undeserved punishments. And more. Then, seeing him laying on the floor, out of love for him, my Father is convicted of his father’s tremendous love, in spite of his failures. The analogy begins with the persistence of broken love and imperfect lovers. Then the comparison to God is drawn — a classic “how much more?” homiletic technique — against the flawed, yet still profound, love of my abuelito.

This attention to imperfection reflects the only possible flaw I see in the book, but it is also a quintessential challenge for any spiritual autobiography: Toeing the line between honesty and self-indulgence. Not glamorizing sin. Even Augustine has a child who dies and a mistress he abandons and the rest. Yet there is a certain seduction in the dark spots of life, and even the worst and most perverse sides of life can become “interesting” and distract attention from what is worthwhile, so I can understand the very PG, mild version of this story.

Something Other Than God is a carefully crafted book, written at a dramatic but skilled pace, that tells a number of stories and asks hard questions. The one I liked the most, besides my Father’s testimony, was the story that was not told. I worried as the book moved along that Fulwiler was on a collision course towards something that could be taken to be a prosperity Gospel message. Thankfully, this is not the case. Not even close. In fact, perhaps the most radical decision made by Fulwiler and her husband is to reject what Francis calls the “idolatry of money.” This alone is a powerful lesson to anyone seeking happiness through brute consumerism in this increasingly economic age.

If I could add anything to the book’s already powerful message, it would be to quote Tupac, on the constant and continual need for conversion: “It don’t stop, till the casket drop.”

June 26, 2014 Against Best Practices and Unintentional Philistinism
Recent Comments
0 | Leave a Comment
Browse Our Archives
get the latest from
Catholic
Sign up for our newsletter
POPULAR AT PATHEOS Catholic
1

What are people starving for, Fr....
Catholic Bard
Related posts from Sam Rocha