More on Pope Francis, ISIS, and Muslims at Catholic Mass

Blogging ought to be a speculative project. If there is anything to add to the common refrain of blog posts against blogging, it is this: those who take the time to blog, ought to also take the time clarify what is often not a completely well thought-out post.

Today I wrote about the two-sided problem of, on the one hand, a complete equivocation between the religion of Islam and ISIS and, on the other hand, the complete anti-equivocation of that relationship in the recent words of Francis.

Later on in that post, I compared the situation to the efforts of the Jesuit order in the Truth and Reconciliation movement between Indigenous victims and Catholic abusers. By the end of the post I think I was less than clear, so take this post as a brief restatement.

In failing to be clear about (1) what I mean by religion and (2) what the relative difference is between ISIS and Jesuit residential schools for a Roman Catholic, I failed to convey my most basic point and perhaps have even violated it in the process.

The new point, then, is as simple as before, albeit a bit more sheepishly stated: it is hard work to hold a reasonable position, especially in something as emotionally charged as institutional religion and violence. As much as I was critical of Francis, I see now that I was also in need of correction, which Artur Rosman from Cosmos the in Lost skillfully added.

These corrections are not harms or threats. They are always blessings and chances to further shape our understanding.

In other news, I recently spoke with Timothy Putnam about having an informed conscience in relation to the upcoming election. Take listen here. I also have a ten-part lecture series on the Catholic Intellectual Tradition coming out very soon as a podcast with Breadbox Media. Stay posted! 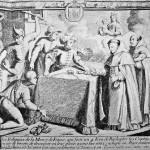 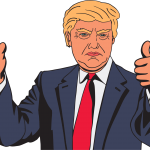 August 1, 2016 When Political Incorrectness Becomes Politically Correct
Recent Comments
0 | Leave a Comment
"As another Professor and Doctor of Philosophy wrote, albeit somewhat hyperbolically, in First Things a ..."
F.A.Kname By Their Fruits: A Reply to ..."
""...ready to save it by penning a bestseller." Bwahaha!"
Diane Kamer By Their Fruits: A Reply to ..."
"I didn't read Rod's book, but the so called Benedict Option, whether the one he ..."
Augustine Notes In Defense of Rod Dreher
"You're more gracious to Rod than he deserves in this case. What a snit fit. ..."
Justin Conder Notes In Defense of Rod Dreher
Browse Our Archives
get the latest from
Catholic
Sign up for our newsletter
POPULAR AT PATHEOS Catholic
1