When we talk about a religion, we tend to assume we refer to the some true version of that religion, especially when we identify with it or are at least not hostile to it. This can still be tricky business, especially when the same word is being used at once. For instance, the FLDS (Fundamentalist Church of Jesus Christ of Latter Day Saints) is categorically different from the LDS, despite three identical terms, and we understand that mainstream Mormonism does not, for instance, practice polygamy today despite the terminological confusion with the FLDS.

The basic point is that even if the same terms are in use, we are able to distinguish between true and false forms of religion in subtle ways and make goodwill judgements so long as our passions are not too inclined to be ungenerous.

As much as it pains me to say this, I don’t think Pope Francis’ recent airplane comment was expressed in a useful way. I agree with his central claim, “I think it is not right to identity Islam with violence.” If what we mean by Islam is the sort of Islam that practiced by most of the world, the sort that has consistently condemned terrorism and violence, the sort of Islam for which its Muslim faithful have been killed more than Christians by ISIS, then this true sense of Islam is not to be associated with violence.

However, when Francis says, “I don’t like to talk about Islamic violence because every day when I look at the papers I see violence here in Italy — someone killing his girlfriend, someone killing his mother-in-law. These are baptized Catholics,” he seems to trivialize the fact that there is a real difference between a person who practices polygamy as a member of the FLDS and a random polygamist who just happens to also be a baptized Catholic. In the first case there is a religious sense of justification that motivates the act and in the second case the religious motivation is unclear if not aloof.

The lost difference in Francis’ less-than-thoughtful airplane articulation actually works against his point, in style and in substance. Yesterday’s news of France’s Muslim Council statement, “We are all Catholics of France,” resulting in Muslims attendance at Catholic masses around France was a beautiful act of religious solidarity after the ugly execution of Fr. Jacques Hamel claimed by ISIS. It shows that a person can associate with a false religion, reject it, and express that difference in a way that draws close to another true religion.

Here we see the difference between true and false religion in a slightly different sense and we also see that a false anti-equivocation, a la Francis, is just as unhelpful as a sloppy equivocation of terms. In this case the issue is not terminological. Here we see a sect that claims the religious name “Islam” to justify murder and terror compared to those who seek to reclaim the name of Islam by mourning with their Catholic brothers and sisters.

Many will try and complicate this question, and indeed it is my view that Pope Francis has complicated it, but I think the slightest hint of generosity can quickly realize two facts: (1) we use language with overlapping terms and can still make clear and substantial distinctions most of the time and (2) the true face of Islam is evident if we are willing to see it in its best and truest light with recourse to the plain facts of Muslim-Christian solidarity in the death toll of ISIS and expressions of unity like the one we just saw.

What is the best and truest light of Islam for Catholics according to Church teaching? It is promulgated as follows in the documents of Vatican II:

Since in the course of centuries not a few quarrels and hostilities have arisen between Christians and Moslems, this sacred synod urges all to forget the past and to work sincerely for mutual understanding and to preserve as well as to promote together for the benefit of all mankind social justice and moral welfare, as well as peace and freedom.

Yesterday was the feast of Ignatius of Loyola, founder of the Society of Jesus. My family and I are parishioners at a Jesuit parish where we heard during announcements a future series of talks on the continued efforts of the Jesuit order to engage in the Truth and Reconciliation Movement between the Catholic Church and Indigenous peoples of Canada. In a special way, on the feast day of the order’s founder, our attention was brought to the specific role that the Jesuit order had in the residential schools that so brutally abused so many Indigenous people for so long.

The image at the beginning of this post features Catholic monks purchasing Christian captives from the Barbary slave trade that enslaved around million Christians for nearly 400 years. The other side of this story is the equally well known fact of Catholics–even Catholic Popes–owning Arab and Muslim slaves for centuries (owning Christian was outlawed earlier but not until the 20th century was there an outright condemnation of all forms of slavery).

As a Roman Catholic I am willing to accept the historical blame for these barbaric wrongdoings, just I can understand why people might have a low opinion of Catholic priests in the wake of the many recent scandals. Yet this acceptance is not willing to give away my sense of what is a true religion or what is a true priesthood. I might be justly accused of being selective of what parts are true and false, but I maintain that we can embrace the sins of our Church and still avoid reducing it to those sins.

In the same way, I think we can see a vague family resemblance between the word “Islam” in ISIS and Islam in general, but we should not act stupid about that lazy false equivalence that we do not make in other identical cases. More importantly I think we can see the true and false religion of Islam in a similar way as we see our own Church history, were we can of course identify enough (i.e., more than Francis does in this recent comments, and at least as much as Muslims in France do when they attend Catholic mass) with the false to give testimony to the true. 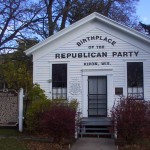 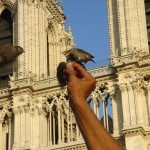 August 1, 2016 More on Pope Francis, ISIS, and Muslims at Catholic Mass
Recent Comments
0 | Leave a Comment
Browse Our Archives
get the latest from
Catholic
Sign up for our newsletter
POPULAR AT PATHEOS Catholic
1