I graduated from Franciscan University of Steubenville in May 2005. The commencement speaker was perhaps the most drastic drop from quality to garbage one can experience. The scheduled speaker was originally Joseph Cardinal Ratzinger who had recently become unavailable, occupied by his recent election to the seat of Peter. The substitute for Ratzinger — the replacement for a Pope who I believe will one day be a Doctor of the Church, the best my university could do to replace Benedict XVI — was to book Raymond Arroyo, long time anchor at Eternal Word Television Network, and confer on him an honorary degree in Communications. I guess that was an appropriate accolade, since one could get this degree with tuition payments and a pulse. But my reward for four years of study was to drop from Ratzinger, that Augustinian genius, to a Y list personality from a dying ghetto of bad religious TV who looks like Pee Wee Herman.

Arroyo did not disappoint. He took his honorary degree and proceeded to hawk his new book on Mother Angelica. At one point he pulled out a copy and raised it like a QVC commercial. He sold himself then as he is now, with Trump as his new product.

Arroyo continues his antics, as he and his media conglomerate, EWTN, wait for the apocalypse or bankruptcy. (They must have some anointing to speak of, since they continue producing cheap and tortuous chanting of the Divine Mercy Chaplet and can manage to stay in business.) As Mary Pezzulo reports at her blog, Steel Magnificat:

Some of you may already know that on October Fifteenth, Mike Maturen, presidential candidate for the American Solidarity Party, reported that the Eternal Word Television Network had cancelled an interview with him because, as they apparently told him, they were concerned about their non-profit status.  This is, of course, their business; nonprofit organizations do have to be very careful to avoid the semblance of endorsing a political candidate or they face the wrath of the IRS.

However, their nonprofit status was apparently not a concern today when Raymond Arroyo of EWTN’s The World Over announced that he would be airing an interview with Republican presidential candidate Donald Trump at 8 PM on Thursday. Among the topics under discussion are Trump’s favorite saint and how he changed his mind about abortion.

EWTN turned heads earlier this year when the National Catholic Register, which is owned by the network, fired bloggers Simcha Fisher and Mark Shea, both of whom are pro-life outspoken critics of Trump and the Republican party,  claiming it was due to their lack of charity on social media. Now it seems they’re at it again. Somehow, it might hurt EWTN’s tax-exempt status to interview the pro-life candidate for the American Solidarity Party, but not the scandal-fraught allegedly pro-life candidate from the Republican Party.

So guess who is not a part of the New Moral Majority? This guy: 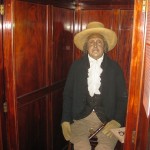 October 11, 2016
The New Moral Minority (And Why SCOTUS Arguments Are Nonsense)
Next Post 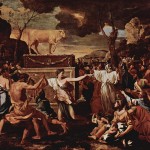 November 7, 2016 Fr. Pavone Places Human Corpse on Altar, an Offering to the Idol of Trump
Recent Comments
0 | Leave a Comment
Browse Our Archives
get the latest from
Catholic
Sign up for our newsletter
POPULAR AT PATHEOS Catholic
1