Nearly two decades after the incident, Bollywood star Salman Khan was convicted of killing an endangered antelope and sentenced to several years in jail. The initial complaint was brought by members of the Bishnoi community, bringing into the spotlight a centuries-old community that has deeply embodied ecological sustainability into their lives. 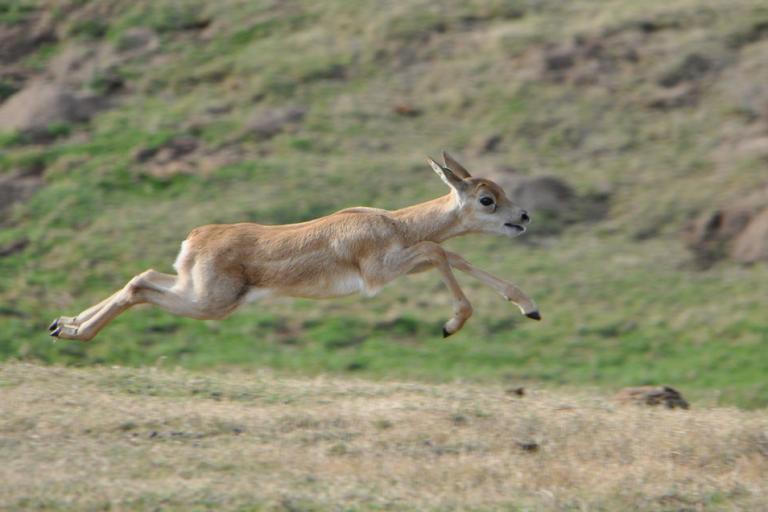 But who are the Bishnoi and what can they teach us?

The Bishnoi trace themselves back to their first guru, Guru Jambheshvar, born in the mid 15th century.

Though the exact historical details are somewhat sketchy, when Guru Jambheshvar was in his mid twenties western Rajasthan entered into a period of severe, extended drought.

In the midst of this natural calamity, many people moved away. Others began excessively hunting local wildlife. Guru Jambheswar saw that the only solution was for humans to actively sustain the natural world around them if either was  to survive.

Dr Pankaj Jain has documented many of their successful efforts in furthering environmental preservation in Rajasthan, where they live to this day.

The name ‘Bishnoi’ (which Guru Jambheshvar himself never used) derives from a combination of the words for ‘twenty’ and ‘nine’ in the local dialect, a reference to the 29 principles the community lives by.

A sampling of these principles: maintain external and internal cleanliness; meditate twice daily; filter your water to ensure it’s clean; be compassionate towards all living beings; don’t cut green trees; only eat pure food (which they define as cooked by yourself or by someone of pure heart); give shelter to animals, particular to those which may be killed by others for food; eat a vegetarian diet.

Beyond these principles themselves, there are three key things all of us can learn from the Bishnoi and incorporate into our own lives, no matter where we live.

Damaging nature is damaging ourselves

Looking to the founding of the community, the clear observation and foresight shown by Guru Jambheshvar in making the connection between natural calamities, the actions humans were taking to further the damage and what could be done to minimize the harm caused, is profound.

It’s something we today, in nearly every community in the world, fail to do. We have mountains of evidence that human actions are causing dangerous climate change, using natural resources in unsustainable amounts, critically destroying wildlife habitats, and causing unhealthy pollution of all sorts.

Yet, though there are an increasing number of examples to the contrary, we often fail politically, economically, and personally to put this knowledge into use to prevent this harm from continuing. Some of this is personal unwillingness to change and some of it is because of political expediency and systemic limitations on change.

Nevertheless, the wisdom shown by Guru Jambheshvar some 500 years ago is something we all could surely use more of right now.

Make sustainability a core part of your life

Upon seeing that change was needed, ethical and practical foundations for living this change were embedded into the community.

Not all of the 29 principles concern themselves with conservation — a good number are reiteration of fairly common Hindu practices and ethical guidance — but the fact that a quarter of them are ecologically minded is remarkable.

By doing this, it takes ecological sustainability from being a lifestyle choice to a central spiritual foundation for living.

The persistence shown by the Bishnoi in pursuing this case against Khan is something we could also learn from.

How many of us would have just given up on an offense, a crime, that happened two decades ago and moved on? Most of us, for sure.

Change happens slowly, much more slowly than we’d like and expect. It’s this sort of persistent commitment that we need more of to create a more ecologically sensitive society.

A note on naming and avoiding the word ‘Hindu’

It’s a side point in this saga, but the use of language in reporting this case is worth mentioning.

In the majority of the media coverage, the Bishnoi are referred to a ‘religious sect’, but which religion they are part of is left out.

For Indian media, this is perhaps acceptable, as the average reader will be able to recognize that the Bishnoi sit squarely within Hinduism in belief, practice, and symbolism. Guru Jambheshvar and his family were devotees of Vishnu, and apart from those that specifically reference conservation, the 29 principles are not much different than those espoused by many Vaishnava sects.

However, those outlets outside of India parroting the ‘religious sect’ language are doing their readers a disservice, in that the Bishnoi may be assumed to be a separate religion.

It’s a missed opportunity to expand religious literacy to omit the fact that Bishnois are part of the world’s third-largest religion. 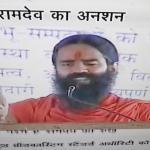 August 9, 2018
Most sinister part of Ramdev article in New York Times Magazine is author’s own biases
Next Post 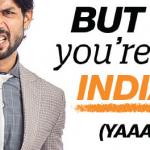 April 17, 2018 But you’re not Indian!… Yes, you can be Hindu but not Desi
Browse Our Archives
get the latest from
Hindu
Sign up for our newsletter
POPULAR AT PATHEOS Hindu
1