But you’re not Indian!… Yes, you can be Hindu but not Desi

A bit of Hinduism 101 for everyone who thinks that either you have to be born into Hinduism or at least Indian or South Asian to be a Hindu. Historically and today, Hinduism has accepted that anyone can subscribe to the principles of Sanatana Dharma.

If you live in the Washington, DC area, I’ll be moderating what I hope to be a lively, informative public discussion of this experience at the Sri Siva Vishnu Temple (in Lanham, Maryland, just outside DC) on Saturday 4/21 from 3-5pm. This is a free event, but the organizers ask that you RSVP.

Joining me will be Laura Sidarth and Carolyn Ambaa Chote (The White Hindu, here on Patheos).

If you can’t make it in person, the event is being recorded and will be shared on YouTube. I’ll add that link in here when it’s available.

Looking to the past, the Hindu community of Indonesia, Cambodia, Laos, and Vietnam all became Hindu through acceptance of the principles and teachings of dharma, which reached them through Indian traders. Some of the largest Hindu temple complexes in the world are located in these places.

Today, there is a growing number of Hindus who are of European and African origin, people like myself who find such inspiration in Hindu teachings that we have chosen to say proudly that Hinduism is our religion.

Each of us has a different path that we took to enter in Hinduism. Each of us embodies our Hinduness in a unique way.

Some of us choosing to wear traditional Indian clothing and following Indian social customs. Others are Hindu in faith without any obvious external indication of these convictions. Some of us are from the majority ethnic community in our countries but in religion are in the minority. Nevertheless we are all Hindu.

This diversity is something may seem quintessentially modern, but has really always been part of the tapestry of Hinduism. 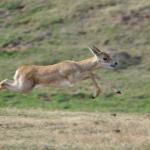 April 17, 2018
3 things about sustainability we can learn from Salman Khan’s antelope poaching conviction
Next Post 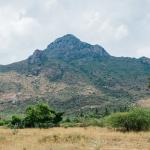 April 20, 2018 7 Hindu quotes about nature for Earth Day
Browse Our Archives
get the latest from
Hindu
Sign up for our newsletter
POPULAR AT PATHEOS Hindu
1

Guest Post: Changes in the spiritual...
The White Hindu
Related posts from Samudra

Thoughts About Kashmir And Beyond— A Hindu Perspective
I've seen the weaponization of words against supporters of political integration of...
view all Hindu blogs
Copyright 2008-2020, Patheos. All rights reserved.