Can we stop using ‘animal’ as an insult, please?

Yesterday, President Trump characterized gang members entering the United States illegally (by association all undocumented immigrants, and no doubt in the minds of the more xenophobically inclined all immigrants) as not being humans but “animals”.

Such derogatory language has a well documented history over the past century of being applied to a range of ethnic groups as a way to dehumanize them and essentially pave the way for genocide or violence against them.

This fact has been rightly pointed out by many commenters. One tweet doing so, however, caught my attention for its choice of words.

Calling people animals is sinful. Every human being has infinite dignity. Moreover, this is the same kind of language that led to the extermination of Jews (“vermin”) in Germany and of Tutsi (“cockroaches”) in Rwanda. This kind of language cannot be normalized. It is a grave sin. https://t.co/5VvURONwvh

On one hand I agree with the underlying sentiment of the tweet—that the President’s choice of words here has dangerous precedent and we ought to be treating all our fellow human beings with more dignity, regardless of their immigration status.

On the other I can’t help but think that this tweet has some normalized attitudes about the relation of non-human animals and humans that is itself harmful—and in fact perpetuates the very attitudes of separation that easily allow one ethnic group to see itself as superior to another one. 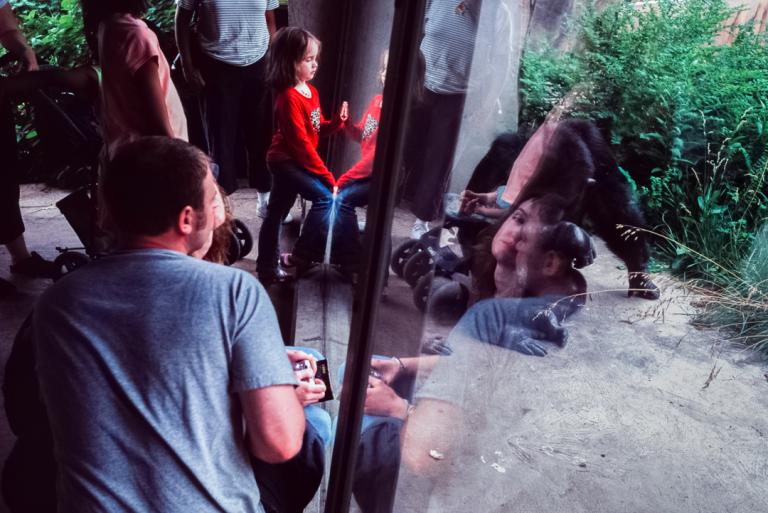 Humans are animals; this is a good thing

Biologically speaking, humans are animals. There is shockingly little different between us. Ethically speaking, though not fully recognized in our laws, non-human animals are people. Our language perpetuates a false separation biologically and ethically between species.

Spiritually, as expressed in the Bhagavad Gita, this separation is also an illusion—and one with dangerous consequences.

“Humble sages, by virtue of true knowledge, see with equal vision a learned brahmana, a cow, an elephant, a dog, and a dog-eater.”

The Srimad Bhavavatam (2.2.41) states: “Ether, air, fire, water, earth, planets, all creatures, directions, trees and plants, rivers and seas, they are all organs of God’s body. Remembering this a devotee respects all species.”

Taken together, I interpret these to mean that though there may appear to be external differences between species and in their behavior, there is a sameness of Divinity in them that should be honored at all times.

Viewing other humans in such a positive, respectful light is good thing. I’m not criticizing Father Martin’s emphasis on treating our fellow humans with dignity. But the Catholic viewpoint expressed here, in constraining itself to focus on human dignity, still allows for an acceptance of separation of being. It leaves the door open for continued persecution and othering.

Consciously cutting off criticism: Yes, Hindus have historically and currently done their share of othering socially. Everyone and every community has its failings and gaps between philosophical/scriptural teaching and social implementation. It’s an essential part of the human condition.

However, these two scriptural passages still provide a much broadened circle of compassion and concern, and therefore an even more solid foundation for action, when compared to the Catholic one, at least as expressed by Father Martin. 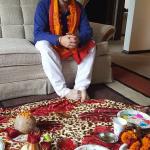 May 16, 2018
Interviews with non-Indian Hindus: Keshav Fulbrook
Next Post 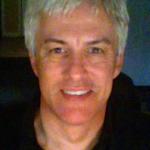 May 22, 2018 Interviews with non-Indian Hindus: Ram Goodman
Browse Our Archives
get the latest from
Hindu
Sign up for our newsletter
POPULAR AT PATHEOS Hindu
1