Normally I have a good deal of respect for the folks at Pew Research. They do good work. But occasionally the best of us flub one. Such is the case with a recent article titled 5 facts about religion in India, published as part of Pew Research Center’s Fact Tank.

Let’s deconstruct this piece, which is riddled with curious omissions, lacks important context, and has a good deal of false implications. I’m going to work backwards, as one of the article’s most serious issues is a deeply buried lede.

Fact 5: “Most Indians are concerned about religious tensions, but even larger shares are worried about several other national issues.”

As it turns out, polling shows that some three quarters of Indians, of all backgrounds, believe communal tensions are a very or moderately big problem. That’s definitely a significant finding — and it underpins all the previous facts. But, and this is a very significant but, crime, government corruption, the economy, and the environment are waaaaay more of a concern for Indians than communal tensions.

Crime, corruption, and lack of economic opportunity are thought of as very or moderately big problems by nearly every single Indian (95% for each) — as are terrorism (the biggest source of which is the ongoing Maoist insurgency in the nation) and pollution (92% and 87% respectively).

That right there is the main story to be derived from survey numbers of what concerns Indians. Religious tensions are indeed a concern of many people, but when you have several other serious concerns mentioned by nearly every single Indian, communal violence seems secondary.

That this piece of information is saved to the end isn’t just an issue of sloppy copy editing or writing craft, or mere editorial judgement. It colors all of the previous points, which are all written to make it seem like religious tensions are the foremost concern of daily life in India — something disproven by the survey results.

Now back to the beginning.

Fact 1: “India’s massive population includes not only the vast majority of the world’s Hindus, but also the second-largest group of Muslims within a single country, beyond only Indonesia”

That is indeed a fact. As is the demographic trend that India will become the world’s largest population of Muslims by the middle of this century, while at the same time remaining a bit under 80% Hindu.

Fact 2: “India is a religiously pluralistic and multiethnic democracy — the largest in the world.”

Again, a fact. But what starts to become less factual is what follows.

After correctly stating that India has laws against discrimination on the grounds of religion or caste, a very much simplified description of caste is provided (“strict social stratification based on Hinduism”).

This is linked out to an article from the BBC as support for this assertion. Unfortunately, the article makes numerous basic errors itself.

The BBC piece perpetuates the inaccuracy that Manusmriti is actually a central religious scripture of Hinduism — it’s not, in any way.

The article omits the crucial distinction between varna and jāti — jati are endogamous communities, similar to familial trade guilds; whereas varna, are described in the Vedas and subsequent texts as a way of understanding the diversity of human temperament found in any society, or as they say in the world of psychology, personality types. There are four varna and thousands of jāti. Over time jāti became associated with each of the four varna, and historically at least jati shifted between varna. It also omits the fact that every religious community in India practices some form of caste (jāti).

Finally, the cited BBC article omits any mention that the most important religious texts of Hinduism express the exact opposite sentiment to discrimination based on social hierarchy. Rather they reaffirm, many times, that every being is Divine and should be treated as such.

No one is superior or inferior. All are brothers and all should strive for the interest of all and progress collectively” — Rig Veda

That members of Indian society fail to always live up to the philosophical and spiritual ideals of the Hindu tradition is a common human failure, not a failure of religion or philosophy.

Fact 3: “While there are legal protections for religious groups and minorities, Indians still generally experience ‘high’ levels of government restrictions on religion.”

This entire ‘fact’ borders on counter-factual due to omissions and lack of context.

One gigantic omission is perhaps the greatest restriction on religion in India — one that affects the majority population. Despite being a “secular nation,” the Government of India often exerts control over Hindu temples, while leaving the religious institutions of minority faiths to function independently and without governmental intrusion. How this isn’t mentioned as a restriction on religion by the government, when it affects nearly 8 in 10 Indians, is curious to say the least.

Then there is the critical failure to understand the nature of proselytization in India. The author correctly mentions that legal restrictions on conversion are in place in India, but overlooks the nature of such conversions.

With disturbing regularity, Christian evangelical organizations in India and South Asia engage in predatory proselytization, conditioning social aid on conversion, for example, in spite of wide agreement, including amongst other Christians, that this is deeply problematic and unethical.

Another omission on this point is that, despite some high profile cases, these restrictions are rarely enforced, and haven’t significantly stopped the flow of aid nor missionary activities.  Just take a look at the newsletters of some of these churches, often boasting the conversion of thousands of Hindus under one tent in one go.

Also a critical failure is citing the US Commission on International Religious Freedom, a quasi-governmental organization with a questionable track record of its reporting on India, as well as having roots in Christian evangelicalism.

The most recent special report on India was authored by a Pakistani academic honored by the government of Pakistan and who has associated with banned terrorist groups and shown public support for separatist groups in India.

Another telling omission ends this ‘fact’ in the penultimate line: “Christians and Muslims who identify as low-caste Dalits — some of whom are descendants of Hindu Dalits who converted to escape caste discrimination…” This line implies that these people now don’t face discrimination, something which is counterfactual with tragic regularity. Despite converting to faiths which promise escape from caste discrimination, the social rather than religious nature of discrimination in India is such that the stigma against Dalits is perpetuated by Christians, Muslims, and adherents of other faiths as often as it is by Hindus, if not more.

Fact 4: “India also has experienced high levels of religion-related social hostilities in the past decade…”

That’s a fair enough assertion. However, what’s implied after this is far from fair.

The author rightly points out that Dalits have received the brunt of this hostility. But, as a result of the inaccuracies in the preceding paragraphs, many readers will assume that this at the hands of Hindus — when in fact a regular reading of Indian media will reveal that Dalits face incidents of violence from every other community in India, and sometimes are the instigators of violence against other groups themselves. In short, the situation isn’t nearly as simple as is usually described for non-Indian audiences.

The article then points out that religious minorities are also harassed, which may be true. But what’s missing is crucially important. Hindus are also regularly on the receiving end of violence in many places in the country from the minority populations they are supposedly oppressing. There have been recent clashes in West Bengal illustrating this, not to mention, going back to the 1990s, the bona fide ethnic cleansing of the Hindu Kashmiri Pandit community at the hands of Muslims egged on by Pakistan.

All of which is to say, the on-the-ground situation is far more complex and dynamic than presented by Pew — to the point that ‘fact’ here should be in quotes.

The phrasing and choice of facts to present here is telling. Each thing that is omitted, from misrepresentations about the history and nature of caste discrimination, to the tragic ironies of the Indian definition of secularism when it comes to religious freedom, to a one-sided portrayal of sexual violence and social harassment, all help create a dumbed-down narrative of the state of religious tensions in India.

Religious and communal tensions are indeed a reality and concern for three quarters of Indians — as the Pew stats show. But these tensions and concerns aren’t nearly as simplistic or one-sided as presented by Pew.

It’s not that India doesn’t have its fair share of problems, something certainly shown in the survey, but the ones that weigh heaviest on the minds and lives of Indians bridge communal divides and are essentially similar to those in many nations: good government, good opportunities to make a living, a clean environment, and security of property and community. 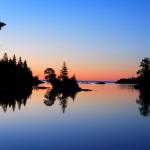 June 5, 2018
Swimming in the Great Lakes is a Sacred Spiritual Experience
Next Post 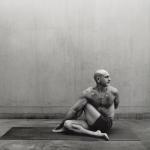 Mindfulness Meditation Can Help You With Your G.R.E
One of my cousins was preparing for his GRE, and was looking...
view all Hindu blogs
Copyright 2008-2021, Patheos. All rights reserved.
Close Ad