Why I believe (by someone who shouldn’t)–A guest post by Travis Mamone June 20, 2012 Sarah Moon 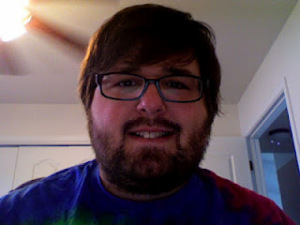 I hope you all enjoyed Abe Kobylanski’s guest post yesterday. Today, Travis Mamone discusses why he is still a Christian, even though atheism makes more sense. I hope you enjoy his post, and afterward, be sure to check out his blog, The Boy with the Thorn in His Side.

I’ve been a Christian for almost twelve years. I go to church every Sunday. I know the Creeds and the Lord’s Prayer by heart. I can tell you which books are in the Old Testament and which are in the New Testament. And my iPod is filled with Rich Mullins, Derek Webb, Caedmon’s Call, Sara Groves, and Page CXVI.

Having said that, sometimes I think atheism makes a lot more sense than Christianity.
When I was young in the faith, I was taught to avoid atheists and their “deceptive ways.” A few nasty encounters with some obnoxious Christopher Hitchens-wannabes didn’t help my perception of atheists either. But the more I got to know a few atheists, and the more I heard their stories, the more I realized that they had a good point. In fact, within the past couple of years I’ve been having the same doubts as my atheist friends!

For example, even though the Bible has some wonderful passages about God’s love, there are some passages that make God look like an asshole. For example, Psalm 137 starts off well enough as a plea to God to save the psalmist from captivity. In fact, the first part of Psalm 137 serves as the basis for the old reggae song “By the Rivers of Babylon.” But then the psalm takes a bizarre left turn at verse nine: “Happy is the one who seizes your infants and dashes them against the rocks.” Doesn’t really fit in with the whole “pro-life” thing, does it?

Then there are all the anti-gay clobber passages: Leviticus 18:22, Romans 1:18-32, I Corinthians 6:9, etc. As a bisexual man, I’m always running against these passages whenever I try to validate my presence in the Church. Sometimes I wonder if it would make more sense to just switch religions.
Then there’s the Church’s spotted history: the Inquisition, the Crusades, the Salem Witch Trials, Manifest Destiny, slavery, segregation, sexism, etc. Things haven’t gotten any better, unfortunately. Just take a look at the current war on contraceptives, the anti-gay marriage movement, the pushback against evolution, the abstinence-only movement . . . well, you get the idea.

So why do I still keep coming back to church? Why can’t I just accept the fact that religion does more harm than good, and then move on?

For one, there are my friends Terry and Rebecca, a tattooed married Georgia couple that collects clothes in their van for the homeless. They don’t just talk about loving people—they actually do it!

Then there are Tripp and Bo at Homebrewed Christianity, who talk about how God is healing this broken world through us.

Then there’s Rachel Held Evans, whose recent Week of Mutuality showed how Christianity can give women dignity.

Then there’s my boyfriend, Sean, who is still a Christian even after coming out of the closet.

These are just a few examples of some of the awesome people I’ve met over the years who have shown me a different side to Christianity. They make me want to believe that God is good, and that religion doesn’t have to poison everything. So that’s why I haven’t left the Church yet; somewhere in the back of my mind I think that maybe, just maybe, there’s still hope left for Christianity.

I hope I’m not wrong.

June 23, 2012 Same ol' story.
Recent Comments
9 Comments | Leave a Comment
"Right there with you. The 'stop crying or I'll give you something to cry about ..."
Stacey Swanson Privilege, oppression, and being “nice”
"I mean I agree with the author, Sarah..."
Lauren Crouse Why Chris Rosebrough is Wrong: A ..."
"I agree with this article and it's downright pathetic how sexist and confused everyone is... ..."
Lauren Crouse Why Chris Rosebrough is Wrong: A ..."
"Sarah Moon writes as if she believes that complementarians have pulled this view out of ..."
Eli Taft Complementarians are trying to scam us.
Browse Our Archives
get the latest from
New Visions
Sign up for our newsletter
POPULAR AT PATHEOS New Visions
1

5 Ways to Hear What God...
Wake Up Call
Related posts from Sarah Over the Moon